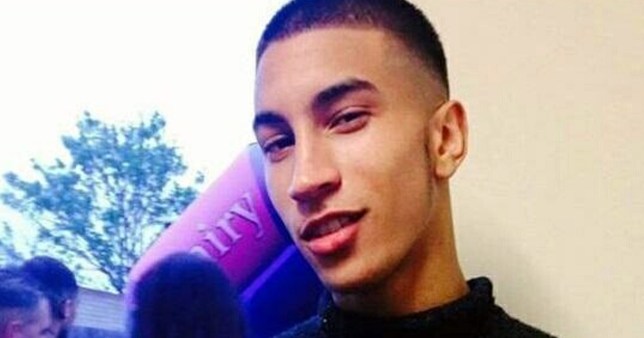 A young music producer was stabbed to death in a ‘pitiless’ gang attack in front of horrified parents on the afternoon school run, a court has heard.

One of his alleged attackers, Jahtel Williamson, 26, is on trial for his murder after being brought from the US to ‘face the music’ last year.

His is the third of a sequence of trials which have already resulted in the convictions of four young men for the killing, the Old Bailey was told.

Opening his trial on Wednesday, Crispin Aylett KC said Mr Pascal-Modeste, from Barking, east London, was not a gang member and had simply been ‘looking to make a name for himself in the music business’.

On the day of his murder, he had gone with two friends to record a music video to post on YouTube.

He was waiting with one of them on a wall when two mopeds pulled up and one of the riders pointed a gun.

As they fled, more youths appeared on foot ‘from nowhere’ and started chasing them, ‘acting in concert’ with the mopeds in an ‘ambush on two fronts’.

‘In particular, two blows were struck with such force as to split Dean’s ribs and penetrate his left lung.

‘​Once they had finished with Dean, they ran off. By this time, the mopeds had already sped away. Dean was left lying on the ground, bleeding to death.

‘All of this had happened in broad daylight at around a quarter to four on a Friday afternoon – indeed, a number of the witnesses had been collecting their children from school.

‘This attack, you may think, was as outrageous as it was brazen.’

Following the ‘co-ordinated attack’, four knives were recovered from the area and linked to the killing, the court heard.

Mr Aylett told jurors that Mr Pascal-Modeste’s two friends were linked to the ‘Splash gang’ based in south-east London.

He said: ‘The prosecution allege that the murder of Dean Pascal-Modeste has its roots in a poisonous feud between the Splash gang and the B Side gang.

‘In other words, Dean Pascal-Modeste was stabbed to death not for who he was or for anything that he had done; instead, he was murdered for the company that he kept.’

Williamson is alleged to have been one of the attackers who chased the victim on foot.

He is said to have fled to the US after the murder and was sent back to Britain in April last year.

Mr Aylett said: ‘The prosecution say that the time has now come for him, too, to face the music.’