A MUM has spoken of her horror after waking up to a burglar standing by her bed in the middle of the night.

Sophia-Louise Crawford, 26, was disturbed from her sleep by the feeling that someone was watching her. 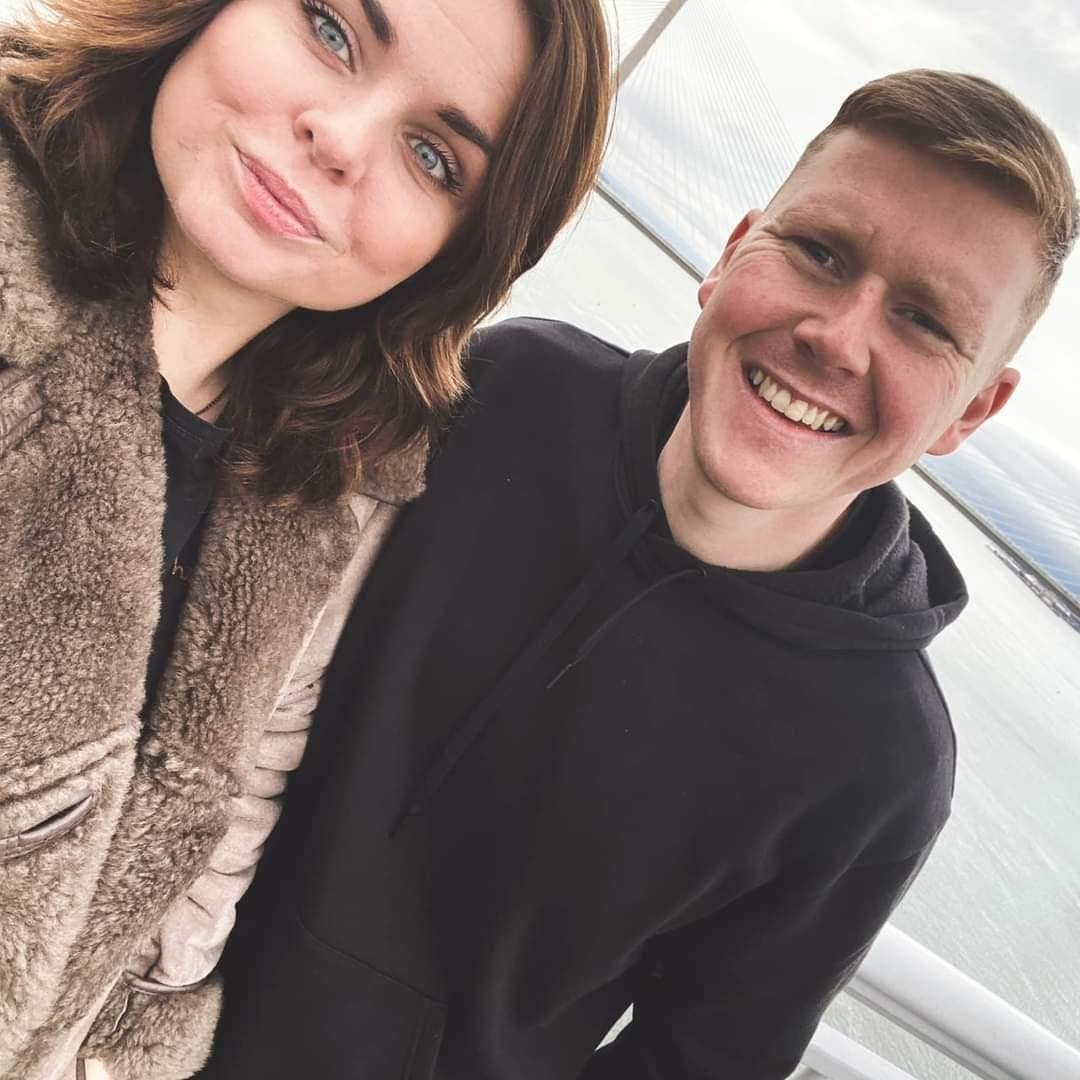 Sophia-Louise Crawford and husband Kieran were left shaken up by the incidentCredit: Daily Record Mirrorpix 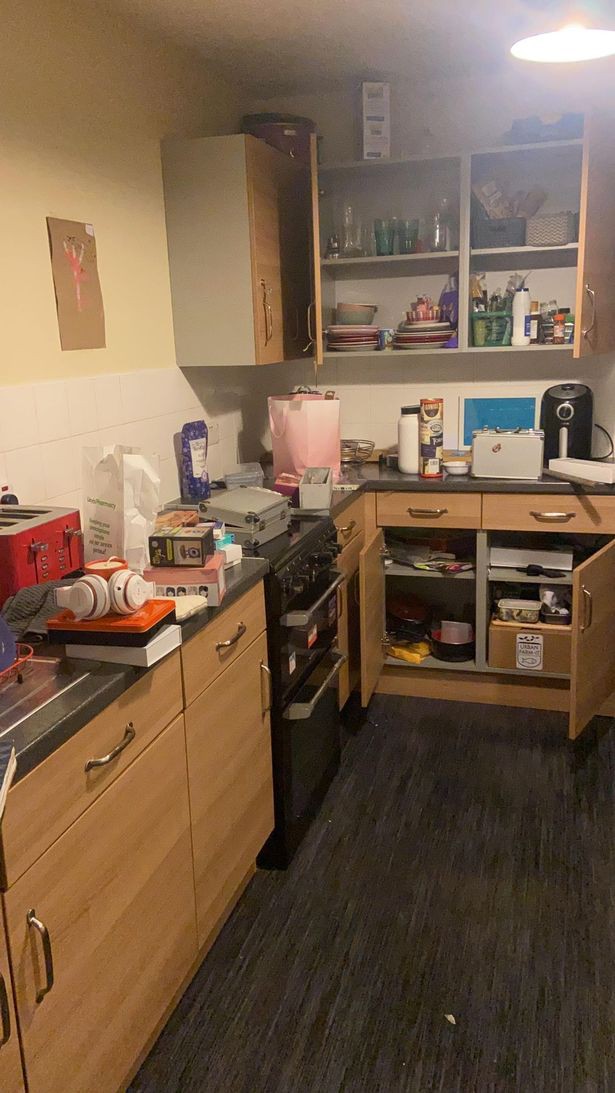 The family home had been ransacked by a burglarCredit: Daily Record Mirrorpix

When she woke up, the mum-of-two locked eyes with a man who said “sorry wrong house” before escaping.

Husband Kieran, 29, who is in the Army, was woken up by his wife’s screams and chased the burglar away.

He charged after the crook just after 5am – before checking up on his two children, aged two and four.

When Sophia-Louise got into her kids’ room it had been ransacked and the cupboard doors were left often.

Thieves had made off with an Xbox and iPad – and left the downstairs rooms in a state while searching for valuables.

Sophia told The Daily Record: “I sleep on the side of the bed closest to the door and I just woke up.

“The guy was standing there looking at me. I said ‘hello’ as I was quite confused.

I thought maybe it was a mistake but I was totally in shock.

“Straight away I realised I didn’t know him and shouted ‘what the hell’ and my husband woke up.

“At first I just thought am I dreaming? But then our eyes locked and I looked at his face, he looked frightened.

“I thought oh my god the kids and then he said ‘oh sorry, wrong house’.

“I thought maybe someone was drunk and came into the house by accident.

“I just couldn’t believe it. I thought maybe it was a mistake but I was totally in shock.”

Sophia added: “My husband is in the Army so it’s quite lucky he was home as he’s away a lot.

“My wee boy he’s so upset as he had his iPad stolen. He’s only four so he’s quite shaken up.”

The couple believe the man had an accomplice who had helped him enter their home in Dunfermline, Scotland.

They say all doors were locked at the time of the break-in and a broken broom handle in their kitchen.

Kieran believes the intruder used it to force open their kitchen window on March 19.

The terrifying ordeal has left the family shaken as cops continue to hunt the person responsible.

The culprit is described as being in his late twenties or early thirties with dark hair and around 5ft 10.

Chief Inspector Michael Williamson, of Police Scotland, said : “Officers are continuing with enquiries after break-ins to properties in Willowbank Brae in Dunfermline on Friday, 19 March.

“I would like to take this opportunity to remind home owners of the importance of home security and I would ask that anyone who has any information regarding these crimes to contact us.” 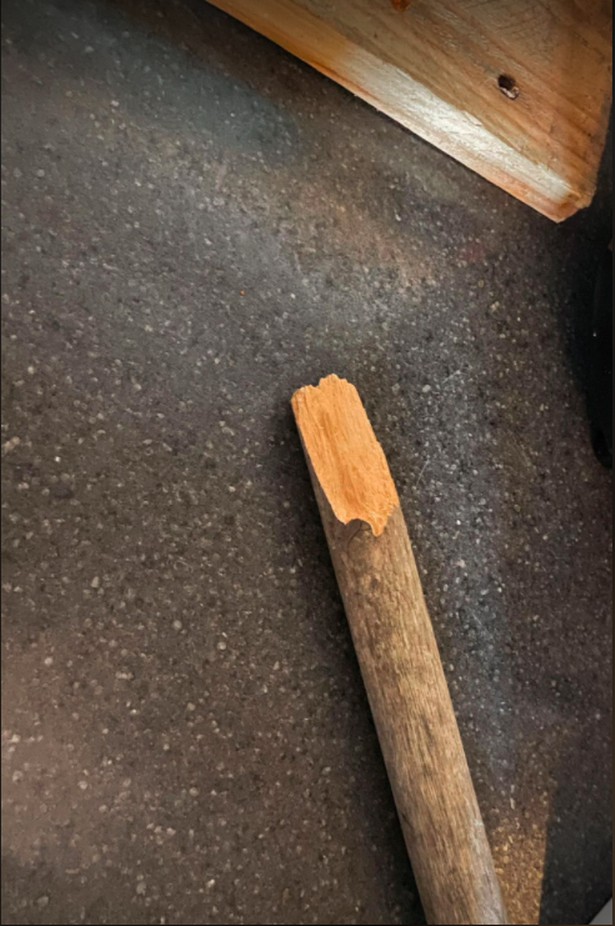 The burglar dropped a broken broom handle behind in the kitchenCredit: Daily Record Mirrorpix

EA getting back into golf with new PGA Tour game