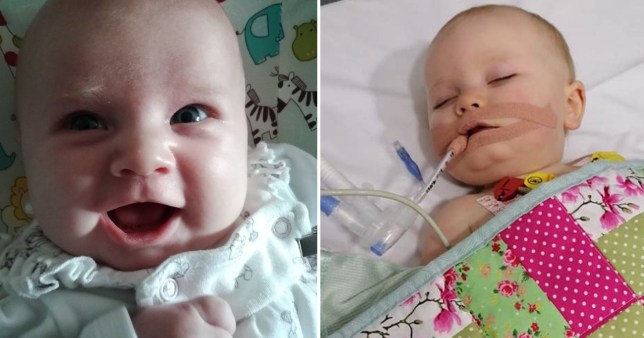 A mum has issued a warning about kissing babies after her 16-month-old daughter suffered strokes and a bleed on the brain from a cold sore.

Zoe Picknett, 24, from Teeside, said her child Teddy was left fighting a deadly herpes virus in hospital after being admitted on February 1.

She has remained in Great North Children’s Hospital for almost a month and suffered two strokes, a bleed on the brain and a fit on the left side of her body, Teesside Live reported.

Teddy, who was previously healthy, will need to learn to speak again.

Mum Zoe said: ‘I thought it was a flu sort of thing.

‘On the Saturday before, I took her to Redcar Primary Care Hospital because her hands and feet were blue and freezing cold but her body was red hot.

‘They thought she was fine and said to just take her home.’

Teddy had stopped sleeping, eating or drinking over the weekend. 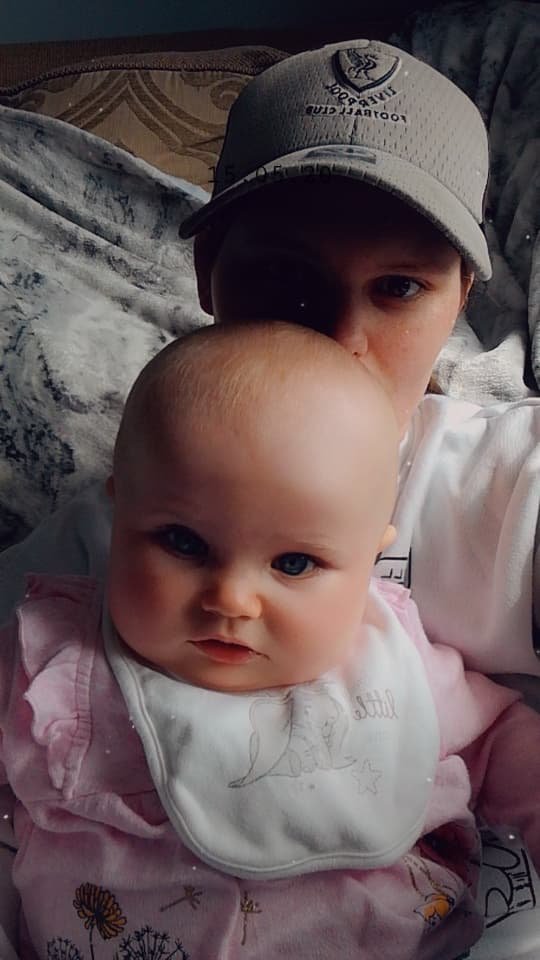 Carer Zoe, who lives with her mum and brothers, said her condition worsened on Monday when she was ‘floppy’.

Paramedics attended her home and she was told Teddy was ‘fine’ but Zoe later decided to rush her daughter to hospital after feeling something wasn’t right.

Zoe added: ‘They took us to a room and I thought they’d give her antibiotics overnight and she’d be ok by tomorrow.

‘But she had a fit on the left side of her body.

‘They took her for a CT scan and found a tiny bleed on the brain that’s when they explained we need to go to Newcastle’s Great North Children’s Hospital.

‘It was late on Monday night and early hours of Tuesday morning when they blue-lighted us up to Newcastle.”

Teddy spent one and a half weeks in ICU where she had CT scans and an MRI.

Zoe said: ‘They told me if I waited one more hour I could have lost her.’

She added: ‘She used to know loads of words.

‘Now we’ve got to help her re-learn them or learn sign language.’ 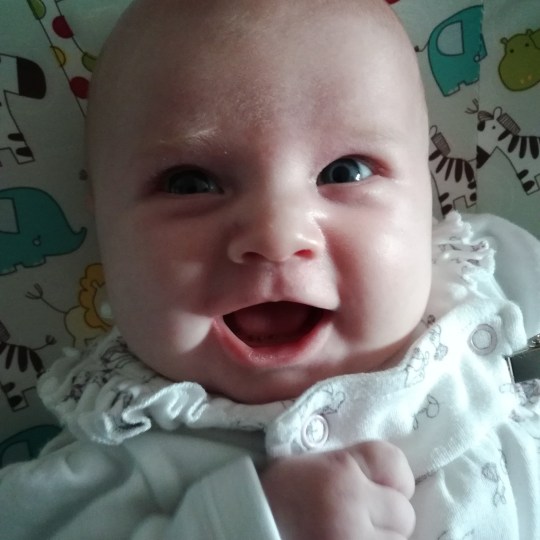 Zoe is desperate to warn others of the dangers of kissing babies after Teddy was diagnosed with HSV-1, a cold sore or herpes virus.

She said: ‘This is all because of a cold sore from someone kissing her when they’re just getting over one, or just getting one, or even drinking out of someone’s cup.

‘I didn’t know it could affect kids until they are five years old so please, for people who have kids, just be careful.

‘I won’t wish this on my worst enemy.’

Zoe ad Teddy have spent almost four weeks in hospital, with no visitors allowed due to Covid-19 restrictions.

The family are hoping to return home to Dormanstown next week but Teddy will still require a feeding tube.

But she is now walking again and is set to finish her medication for the infection on Monday.

Doctors hope she will make a full recovery.