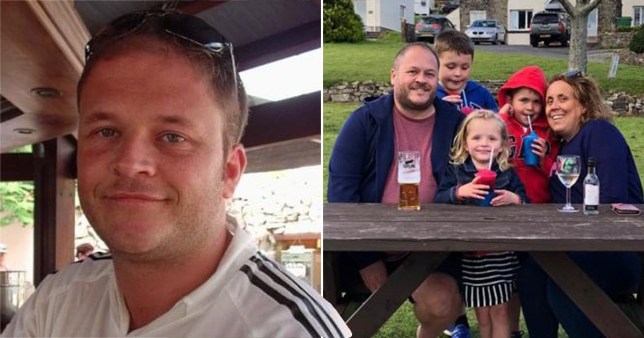 A ‘fit and healthy’ dad, 40, has died after catching Covid over Christmas, leaving behind a close-knit family and three children.

Brian Elsey, 40, was taken to hospital with the virus on Christmas Eve. His wife Nadia, 38, and their three children did not get to see him before he died on January 10.

Nadia, 38, then suffered a second tragedy when her dad, Raymond Fettah, died of coronavirus just more than two weeks later.

Brian’s sister Sian, 39, has now paid tribute to her ‘happy’ brother, who was known for his love of football, horse-racing and rugby. She described the period between Brian’s admission to hospital and his death as ‘limbo land’.

She said: ‘[The staff] were all amazing but it was such a weird time. You can’t visit and you’re relying on nurses and phoning nurses and them speaking to you to give you an update and they’re so incredibly busy.

‘He was on a ventilator he couldn’t text to say he was okay. My mum and Nadia got called in but by the time they got there he had gone.’ 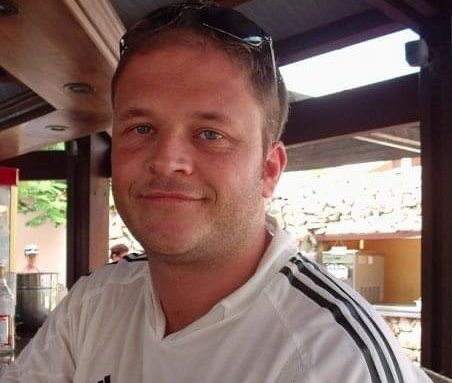 Brian played for rugby clubs when he was young and when he was an adult (Picture: Media Wales)

Brain moved to Creigiau, in Wales, with his wife and her parents but still saw his parents and three siblings, back in Fairwater, regularly. The whole family was very ‘tight’, with Sian even marrying Brian’s best friend David.

Sian said: ‘My husband said he’d never celebrate Christmas again now he’s lost his best friend. It will be a hard one for the next few years.’

Bian played for rugby clubs throughout his youth right up until his adulthood, stopping only when he had children.

Although the family could not have a funeral, they watched ‘all the rugby boys’ stand socially distanced and ‘clap as Brian’s hearse went past’.

Paying tribute to the ‘doting and loving father’ and his late-father-in-law, Sian said: ‘Everyone who knew him said what a nice person he was. He was always happy, always smiling. 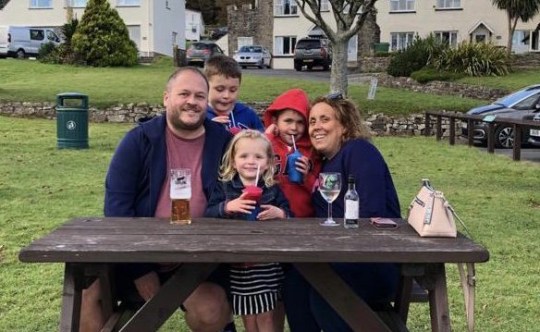 ‘The children were close to their dad and grampy, they were all daddy’s kids. Nadia is only 38 years old being left with three kids, it’s a shock.

If it wasn’t for them it would be a different story but we have to put them first. We are quite a tight family so we do quite a lot of get-togethers.

‘Last year Brian was 40. He did say last year: “I’m not celebrating my 40th, I’m pushing it back a year as I can’t celebrate in lockdown”. Obviously he is not going to do that this year. We’ll have to do it for him.’

Brian’s community has raised more than £16,000 for his family. Sian said the money would go towards his children’s futures. She added: ‘There was nothing not to like about him.’