STELLA Artois have hailed a mum a hero for her drunken ability to dance to Shaggy with a pint in her hand – without spilling a drop.

Lucy Maguire, 26, was out on a night out when her mates caught the moment she impressively managed to boogie and hold her pint in one hand.

Mum-of-one, Lucy, has gone viral with her dance moves 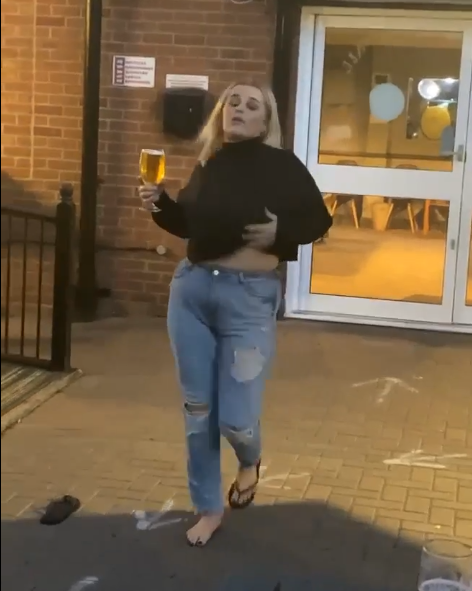 The video shows Lucy cutting shapes to Shaggy’s famous track ‘Boombastic’ and has been viewed more than two million times on TikTok.

The mum-of-one from Basildon in Essex has been dubbed as a “star” by the beer giants, who messaged her on Facebook.

Lucy, who is a cleaner, told The Sun: “Watching it back I still can’t believe I didn’t spill a single bit.

“I just walked out and I love the song, and had just bought the pint so I thought there’s no way I’m going to miss the chance to have a dance.

She added: “I couldn’t believe it when Stella got in touch – it’s my favourite drink and they said I could be a star.”

The Belgian beer giants messaged Lucy’s sister in law, Amy, who posted the video online and said: “Looks like a fun night! You could be a star”

The Essex mum said her son, Teddy, 7, gets fed up with her dancing around the house, and tells her to stop because he thinks it’s embarrassing.

She had been on a night out with her boyfriend, Ben Watts, 28, and sister-in-law, Amy Watts, 27, watching Ben’s brother DJ at The Hole in The Wall bar in Basildon over the bank holiday weekend.

She said: “I’m doing it all the time, my son gets sick of me doing it.”

“I’ve always loved dancing, and it’s a great song, what else was I going to do?

“My sister-in-law clearly just caught me out, she must have seen how amazing my moves were and thought it was a once in a lifetime opportunity.

“It was all a bit of a joke, I had only had three or four pints, and that one was for my boyfriend, I honestly don’t know how I didn’t spill it at all.” 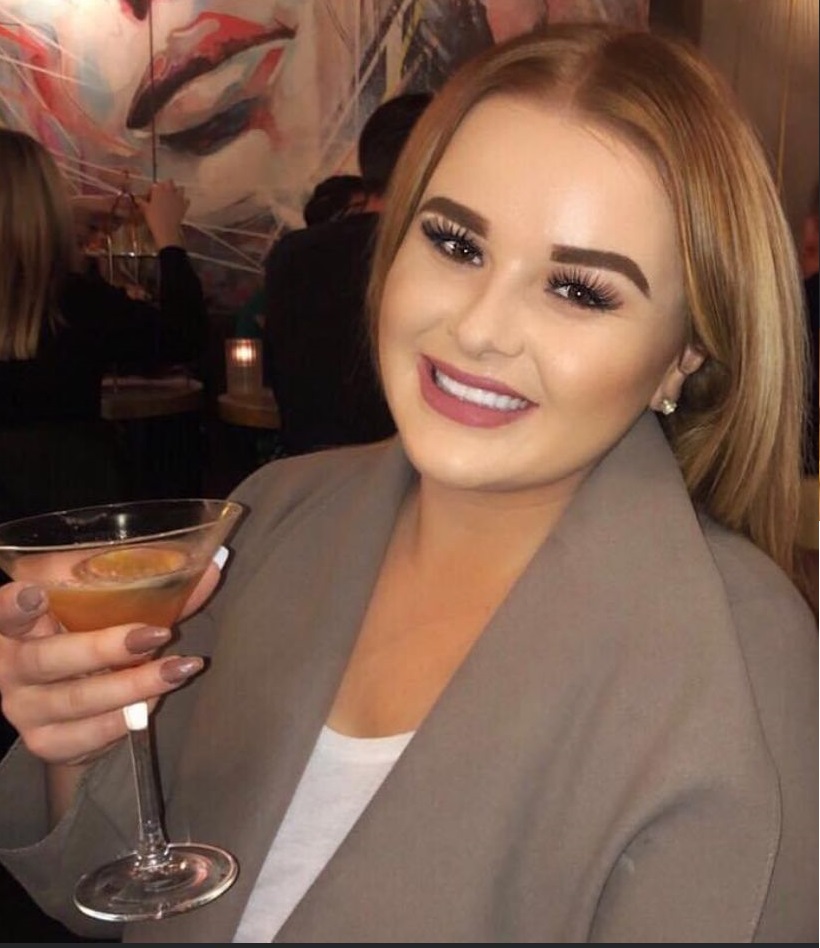 Lucy from Basildon in Essex has gone viral overnightCredit: Supplied 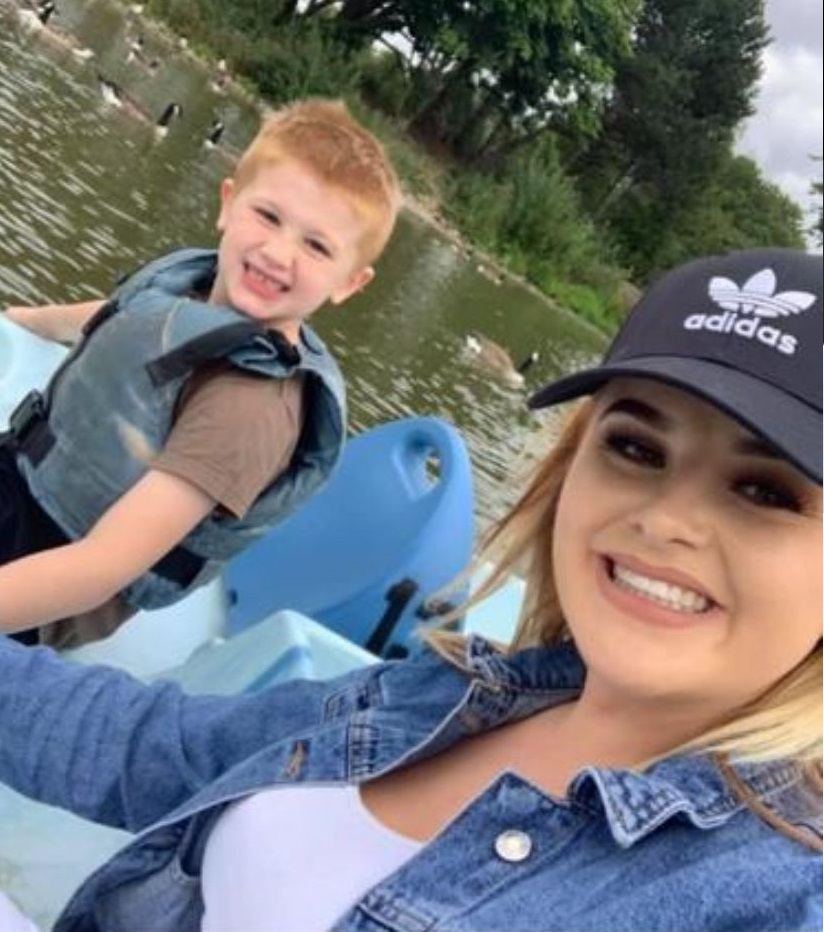 She said her son Teddy gets fed up of jiggy dance movesCredit: Supplied 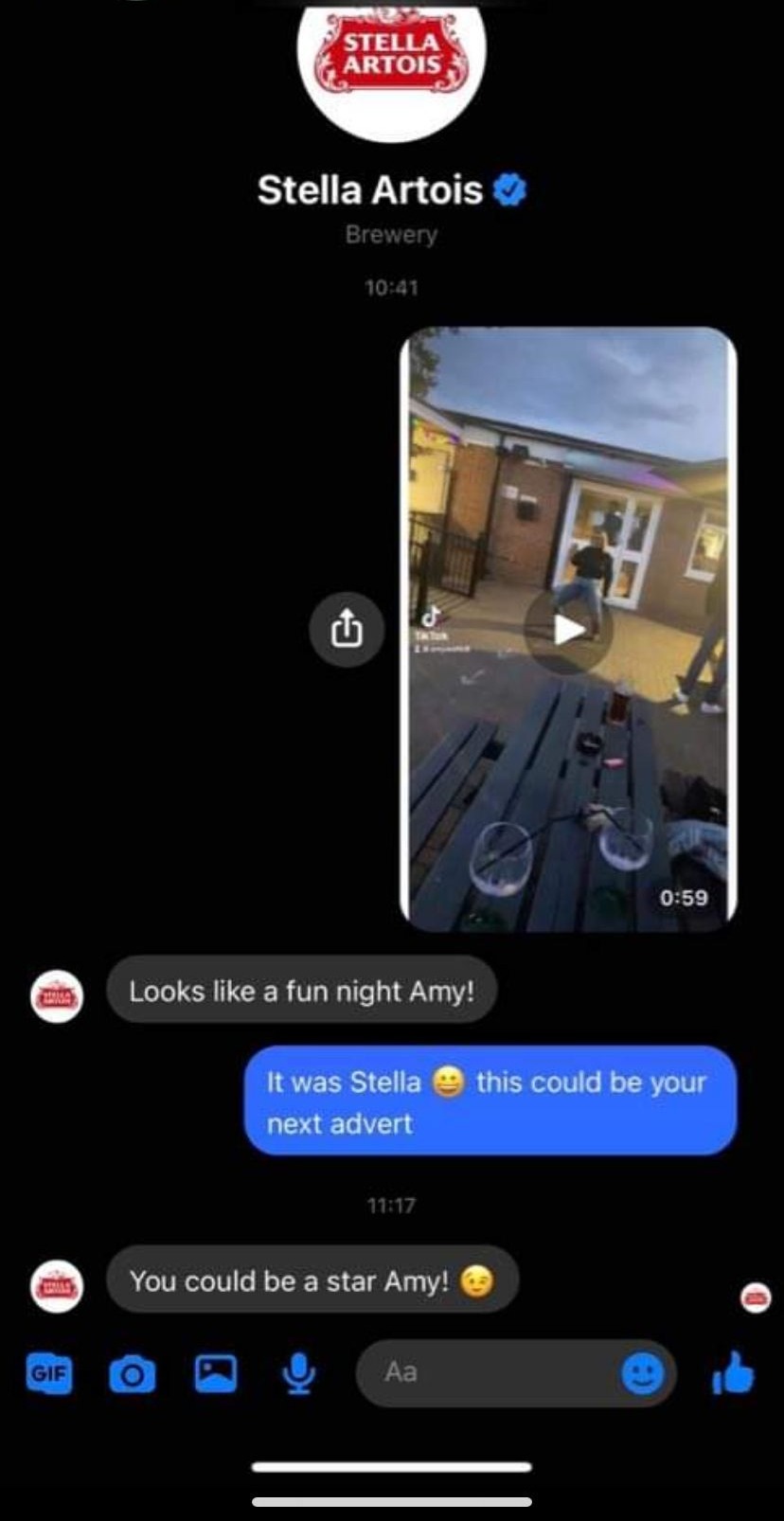 Her sister-in-law who posted the video online even received praise from Stella directlyCredit: Supplied 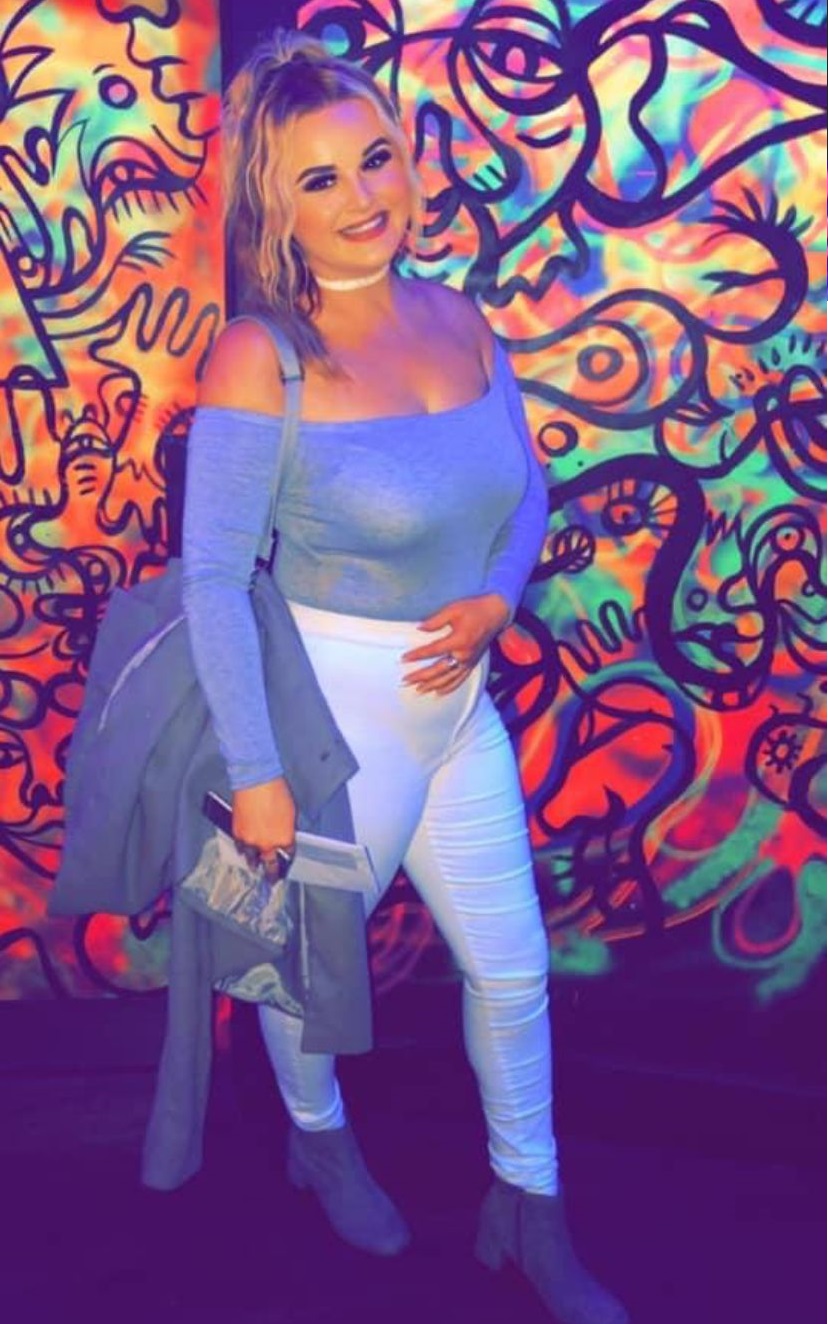