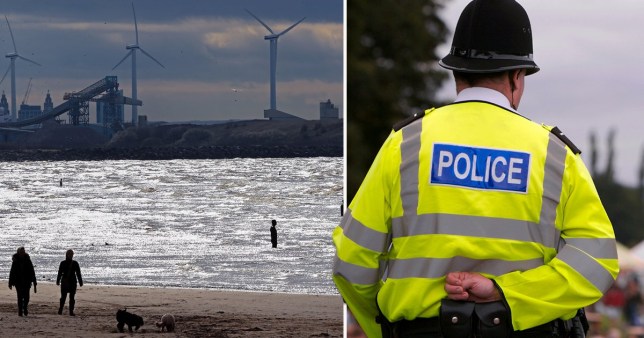 Katy Teer, 34, was fined for driving her daughter Darcy, five, to the beach (Picture: PA/ Getty)

A mum who was fined for taking her daughter, five, for a walk on the beach during lockdown has told how she has lost sleep over the incident.

Katy Teer, 34, had driven her daughter Darcy nine miles from their home in Walton, Liverpool, to Crosby Beach, in Merseyside, on January 25. She said she saw the beach as her ‘local area’ and was shocked when police officers approached her.

Footage taken by BBC North West Tonight showed the officers handing her a £50 fine. One of them could then be heard saying as he walked away: ‘I felt so cruel doing that’.

Merseyside Police have since confirmed that the fine was dropped and apologised to Ms Teer after the footage was released.

Ms Teer lost her business to Covid and now works at Asda. She told how the incident had made her feel like a criminal, and the thought of the fine arriving through her door had caused her ‘so much stress’.

She told the ECHO: ‘The whole thing was awful, I was so embarrassed and I didn’t think I was doing anything wrong.’ 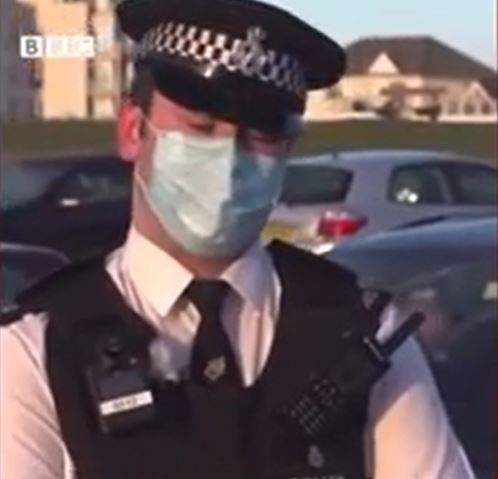 The officer confirmed he had fined Ms Teer to the BBC (Picture: BBC) 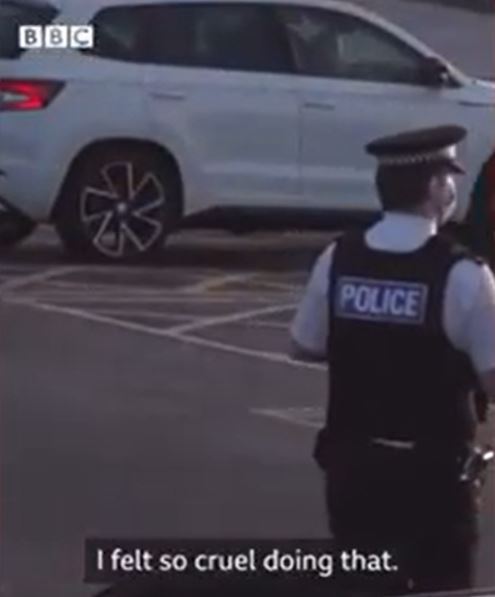 He was then heard admitting he had felt cruel after the interaction (Picture: BBC)

The pair decided to go for a walk as a reward for Darcy’s hard work with with her home schooling. Ms Teer had finished work and picked her daughter up from her parents when her daughter asked to go to the beach.

She said: ‘It has been such an awful year with everything that has been going on. I lost my business, have worked in the supermarket every day to provide for my family, people are just trying to get by. And this was just so much stress on top of all that.’

He then tells the camera crew afterwards: ‘She’d been in work today and just wanted to come out with her child. Which any other time is a lovely thing to do but unfortunately at this time now, we all have to work together don’t we?’

The officer then walked away and could be heard saying off-camera: ‘I felt so cruel doing that.’ 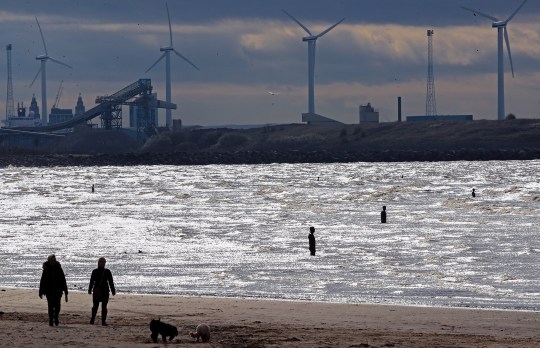 Ms Teer said she had endured sleepless nights waiting for her fine to arrive (Picture: PA)

In a statement, Merseyside Police said: ‘There have been conversations on social media about the issuing of a Covid-19 fixed penalty notice to a mother who had travelled with her daughter to Crosby beach on January 25, 2021.

‘The officer who engaged with the woman, and who advised her that she would receive a ticket, reconsidered the issue when he returned to the police station to finalise the paperwork.


‘On reflection, he decided not to proceed with it as he felt that the words of advice that had been given to this lady were sufficient.

‘We would like to take this opportunity to apologise to her for not having advised her of this sooner. Our officers are encouraged to use their discretion and on this occasion, when the officer reflect, he made the decision not to proceed with issuing a fixed penalty notice.

‘She was advised on the evening about the legislation in relation to not making non essential journeys. For everyone, the pandemic brings its challenges and that is exactly the same for our officers out on the streets.

‘Our focus is on those who are flagrantly breaching Covid legislation without any care or thought for the impact on the health of others, and that is what we will continue to do.’