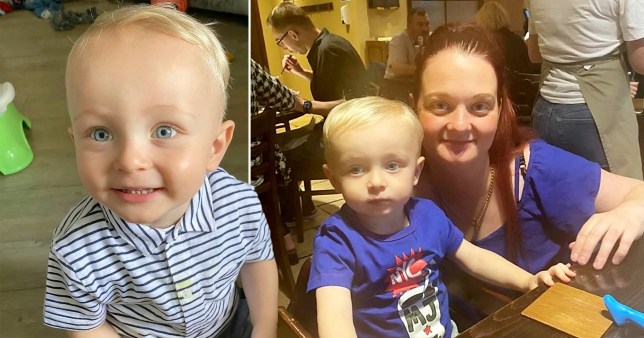 A mum has described how her family is ‘living in hell’ as her two-year-old son battles a rare disease which causes bouts of paralysis that leave him unable to move.

Jolene Gealer, 35, has been told that her son Kylian suffers from one-in-a-million neurodevelopmental disorder alternating hemiplegia of childhood (AHC).

She likened the illness to having seven diseases at once – epilepsy, paralysis, cerebral palsy, Parkinson’s, ADHD, autism and Alzheimer’s.

Those affected suffer repeated attacks which can leave them unable to move an entire portion of their body.

The condition, which has no known cure, often renders the toddler unable to move a muscle.

Mum-of-four Jolene said: ‘When it happens he just can’t move his right leg suddenly and he can’t move. And we just have to wait for it to pass. 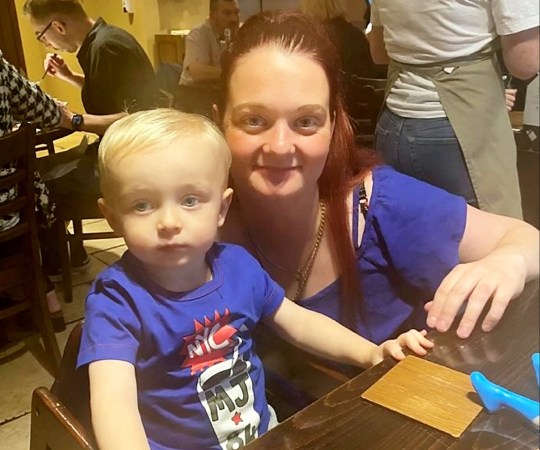 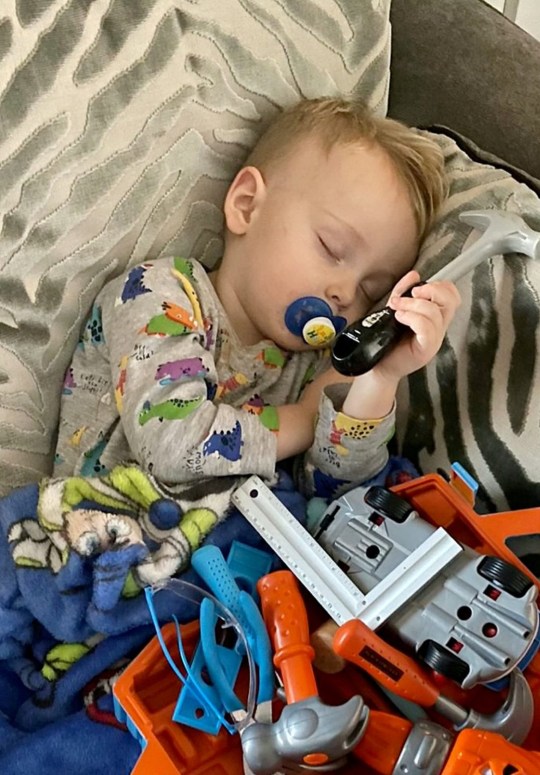 Jolene, a stay at home mum from Bolton, said Kylian has had two major episodes, with the most recent lasting for just under a week.

She added: ‘It’s so hard on him. I hate to see that my little baby boy is unhappy.

‘We are living in hell. Every day is a struggle. I just want everything to be OK for my little boy.’

Jolene first took Kylian to the doctor after finding he had suddenly lost the ability to use his right leg.

After a year of tests Jolene was told it was likely AHC – which is so rare it only one in every one million children worldwide.

She said: ‘I live everyday on edge. I just don’t know when Kylian is going to have an episode.

‘It is heartbreaking that he is going through this and I can’t help him. He gets frustrated a lot and lashes it out.

‘It’s so hard because there is no cure and no day is the same. When he has an episode it is just like all of a sudden he can’t walk.

‘He just drags his right leg behind him and struggles to get up.’ 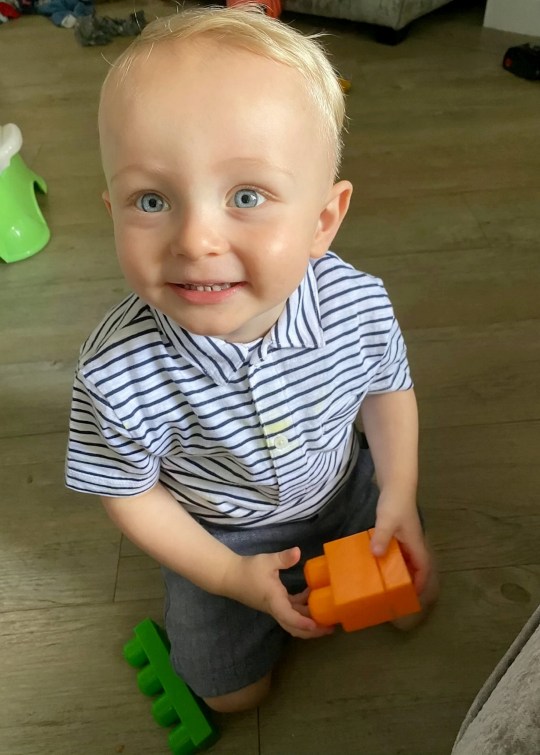 Jolene fears for her little boy’s future as he is often unable to move a muscle (Picture: Jolene Gealer/SWNS)

Jolene said she had a feeling something was wrong ever since she had a traumatic birth with Kylian in August 2018.

She said: ‘I had to have an induced birth and then he wouldn’t wean and didn’t stand up until 11 months.

‘I knew something wasn’t quite right – my mother’s instinct was telling me, but the doctor’s said everything was OK.’

Jolene took Kylian to the doctors after noticing he had started to twist his arm inwards.

She said: ‘They said nothing was wrong but I was still worried about him. One day he suddenly stopped walking on one of his legs.

‘I was so scared I didn’t know what was happening.’

Jolene rushed Kylian to Manchester Children’s Hospital where doctors told her Kylian likely had some neurological problems before diagnosing AHC.

She said: ‘I hadn’t even heard of it. They told me there was nothing they could do.

‘AHC is like having epilepsy, paralysis, cerebral palsy, Parkinsons, ADHD, autism and Alzheimer’s all rolled into one.’

Jolene has no idea what each day will bring for Kylian.

She said: ‘He will choke on his food and he keeps forgetting things he has learned. He used to call me mama but now he can only say ma. He acts up a lot because of his ADHD.

‘Each day I’m on edge because I don’t know if he is going to freeze.’

How Ricki Lake Learned to Love Her Hair After 30 Years