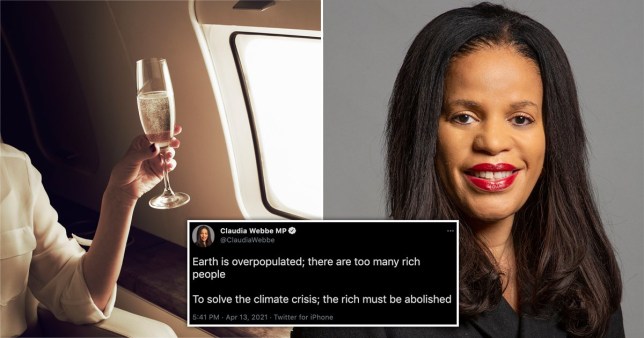 Claudia Webbe said the ‘rich should be abolished’ despite being in the top 1% herself (Pictures: Getty, Twitter/ClaudiaWebbe, PA )

A Labour MP has said the world should ‘abolish the rich’ to tackle overpopulation and climate change.

The study concluded that people, particularly society’s richest, need to change their lifestyles.

Claudia Webbe, who currently represents Leicester East and previously served as a cabinet member for energy, environment and transport, responded to the report on Twitter.

She tweeted: ‘Earth is overpopulated; there are too many rich people. To solve the climate crisis; the rich must be abolished.’

In a series of tweets she referenced some statistics from the 73-page document, including that the richest 10% of the world produces 52% of all consumption-based greenhouse gas emissions.

Meanwhile, the poorest 50% are responsible for just 7% of all consumption-based greenhouse gas emissions.

Earth is overpopulated; there are too many rich people

To solve the climate crisis; the rich must be abolished 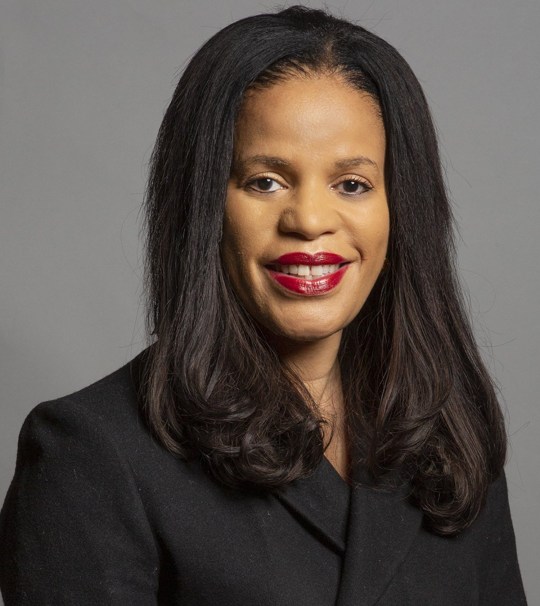 Claudia Webbe represents Leicester East for the Labour Party and was previously a cabinet member for energy, environment and transport (Picture: PA)

Many have since remarked that Webbe is ‘calling for the abolishment of herself’ as she earns £81,000 a year plus expenses working as an MP.

One person responded: ‘When are you redistributing your wealth? Your £80,000-a year-salary plus expenses firmly puts you in the top one per cent.’

Another Twitter user also jabbed: ‘I trust you will refuse your next pay raise?’

Webbe is currently suspended from the Labour Party as she has been accused of harassing a woman for more than two years. She denies the allegations and is set to face trial later this year.

She was also met with criticism less than 10 days ago, when she tweeted a map of the Partition of Africa and said it had been ‘hidden from you all your life’.

Many pointed out that the map is in most secondary school history textbooks. One teacher in Romford said: ‘Hi Claudia. I’m a History teacher. For the past 6 years I have taught this to year 8.

‘Before we look at Africa after the carve up, I teach them about pre-colonial Africa. The Empire of Mali, the Kingdom of Benin, etc. Don’t make things up, please.’

However, others said the MP was commenting on how the topic of colonisation in Africa is taught in schools.

Ex-Labour Party member from York, Randall Northam, said: ‘I was taught about that in the 50s. What I wasn’t taught was how freedom movements were brutally suppressed and how we ripped off the countries we colonised.’

Webbe was found guilty of breaching the MP’s code of conduct in February, because she continued to claim a councillor’s allowance, of £876.56-a-month, without declaring it.

She has apologised for the breach and said she had failed to declare the money because of an overloaded workload during the coronavirus pandemic.