Three workers had to run for their lives after the blaze started about 3km along the tunnel near Rickmansworth, Hertfordshire.

The car carrying HS2 workers was engulfed in flames as it set on fireCredit: THE SUN 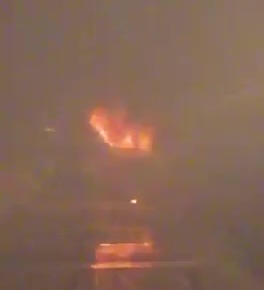 Three workers ended up spending 15 hours underground in a rescue chamberCredit: THE SUN

Staff are said to have scrambled to try and put the fire out using extinguishers in the tunnel before the engine exploded.

A source told The Sun: “It was an accident waiting to happen, the men were terrified.

“They were on their way to start a 12-hour nightshift and the vehicle that was carrying them suddenly caught fire.

“They put the initial flames out and they thought it was under control but out of nowhere the engine exploded and the flames were huge.

They could have easily been killed

“It would have been petrifying for anyone working down there.

“They could have easily been killed if they hadn’t have been trained and told what to do in these situations.”

HS2 has confirmed the three mobile plant fitters took shelter on a tunnel boring machine in a safety chamber and nobody needed hospital treatment.

They were taken out of the chamber at 10am this morning (WEDS) after being stuck since the fire at 7pm yesterday.

The boring machine was not damaged by the fire, which was about a mile (1.6km) away, and the company said staff followed usual safety procedures by staying in a safety chamber until the incident was under control.

Dramatic video footage shows the flames billowing from the MSV underground, while one worker commentates over the top.

He said: “As you see the man car is on fire, the engine has stopped while we’re driving in, then I came out to try and turn it on, and I saw the fire and immediately I let the miners go out.

“Then after we safely walked out, the man car as you can see is on fire.”

HS2 is a multi-billion-pound project intended to create high-speed rail links between London and major cities in the Midlands and North of England.

Ten borers will dig 64 miles of tunnel for the project, linking London to the Midlands.

This machine, in West Hyde, Herts, is named after nurse Florence Nightingale.

The 16km (10 miles) Chiltern Tunnel is the longest tunnel on the section between the capital and Crewe.

An HS2 spokesperson said: “We can confirm that the emergency services attended an incident at the HS2 Chiltern Tunnel South Portal site yesterday evening.

“An investigation into the incident is ongoing. All personnel are safe and accounted for.” 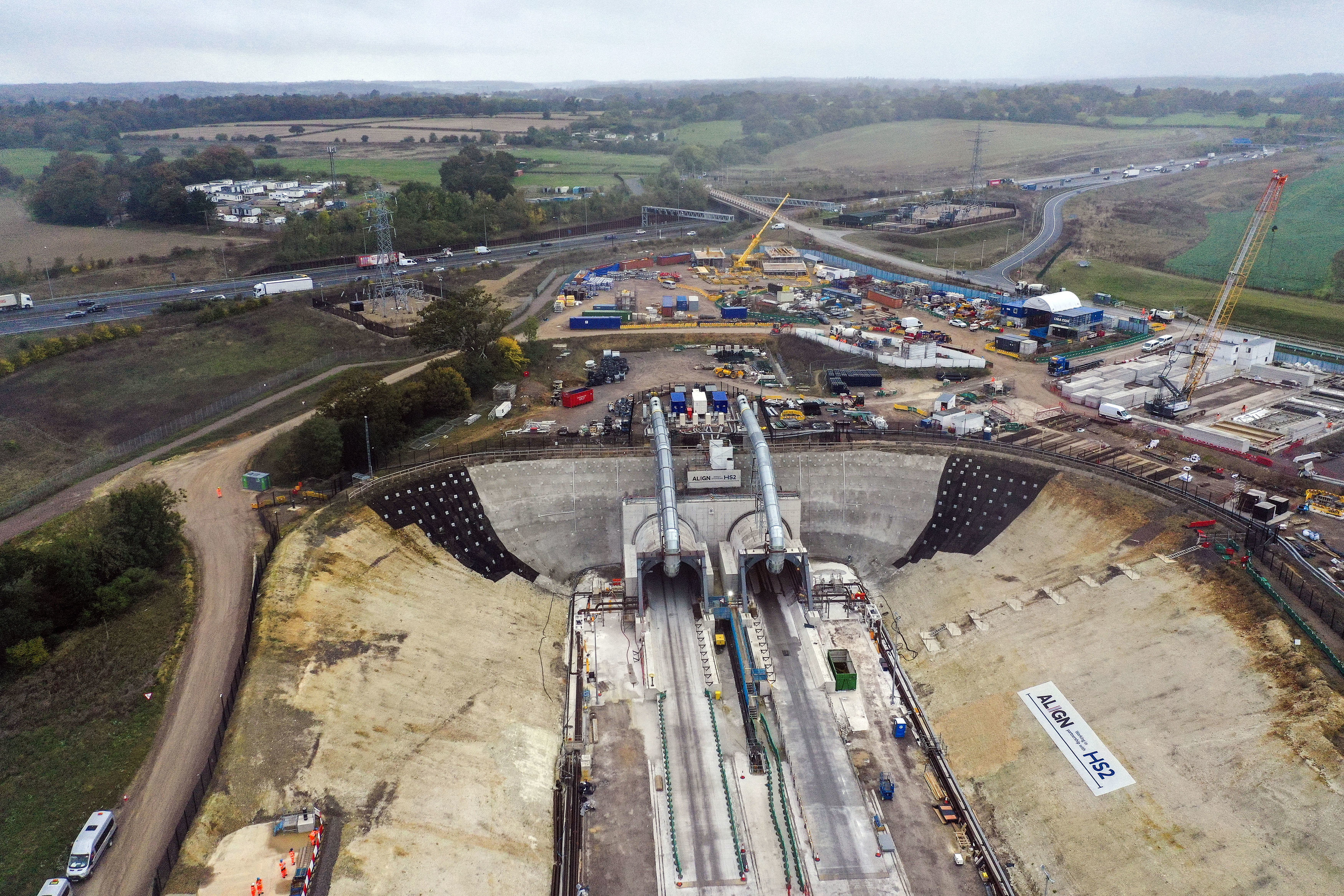 The high-speed tunnel will link London with cities in the Midlands and the North of EnglandCredit: PA 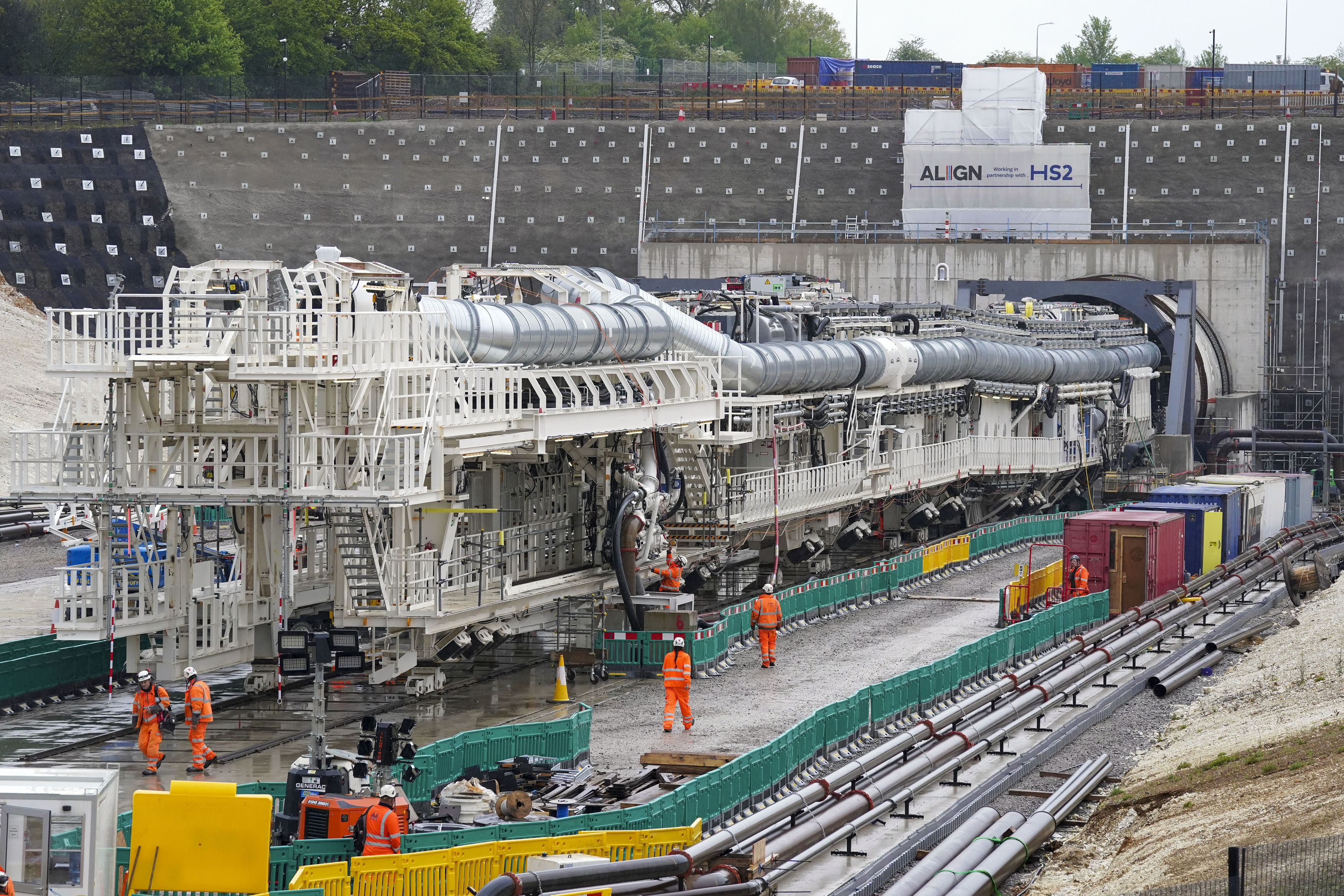 The workers headed for safety inside Florence – the largest ever tunnel boring machine used on a UK rail projectCredit: PA