SHOCKING footage shows the moment a cop allegedly grabs the throat of a teen for “shaking his head” at officers following a protest.

A group of students filmed the incident which shows an 18-year-old being pinned up against a police van in Manchester City centre last night. 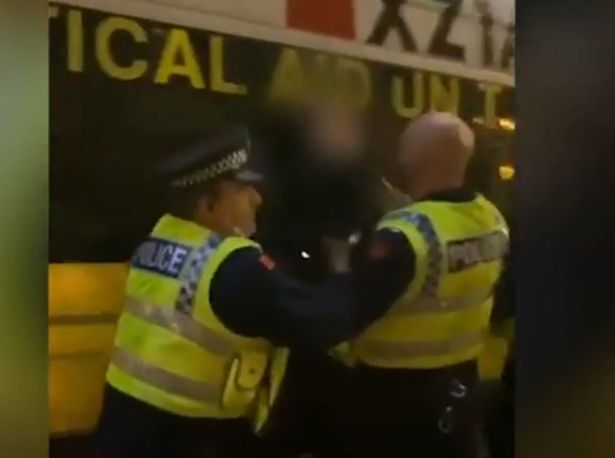 A cop pins a student up against a police van for allegedly ‘shaking his head’ at officers following a protest in ManchesterCredit: MEN Media

As the young man’s friends complain that he “did nothing wrong”, cops tell them to stay back.

Greater Manchester Police say a man, aged 18, was arrested last night for “breach of the peace” but was later de-arrested.

It has been confirmed that the incident – which involved a group of Tactical Aid Unit officers – will now be investigated by the police’s Professional Standards Branch following a complaint.

The arrest was filmed after a demonstration in St Peter’s Square to protest the proposed new crime legislation bill which includes increasing the maximum penalty for damage to statues from three months to 10 years.

A friend of the arrested teen told the Manchester Evening News: “I think my mate just casually shook his head at the police van as we went passed and this officer jumped out and pinned him against the van.

“He was saying ‘are you shaking your head at me you little s***?’ 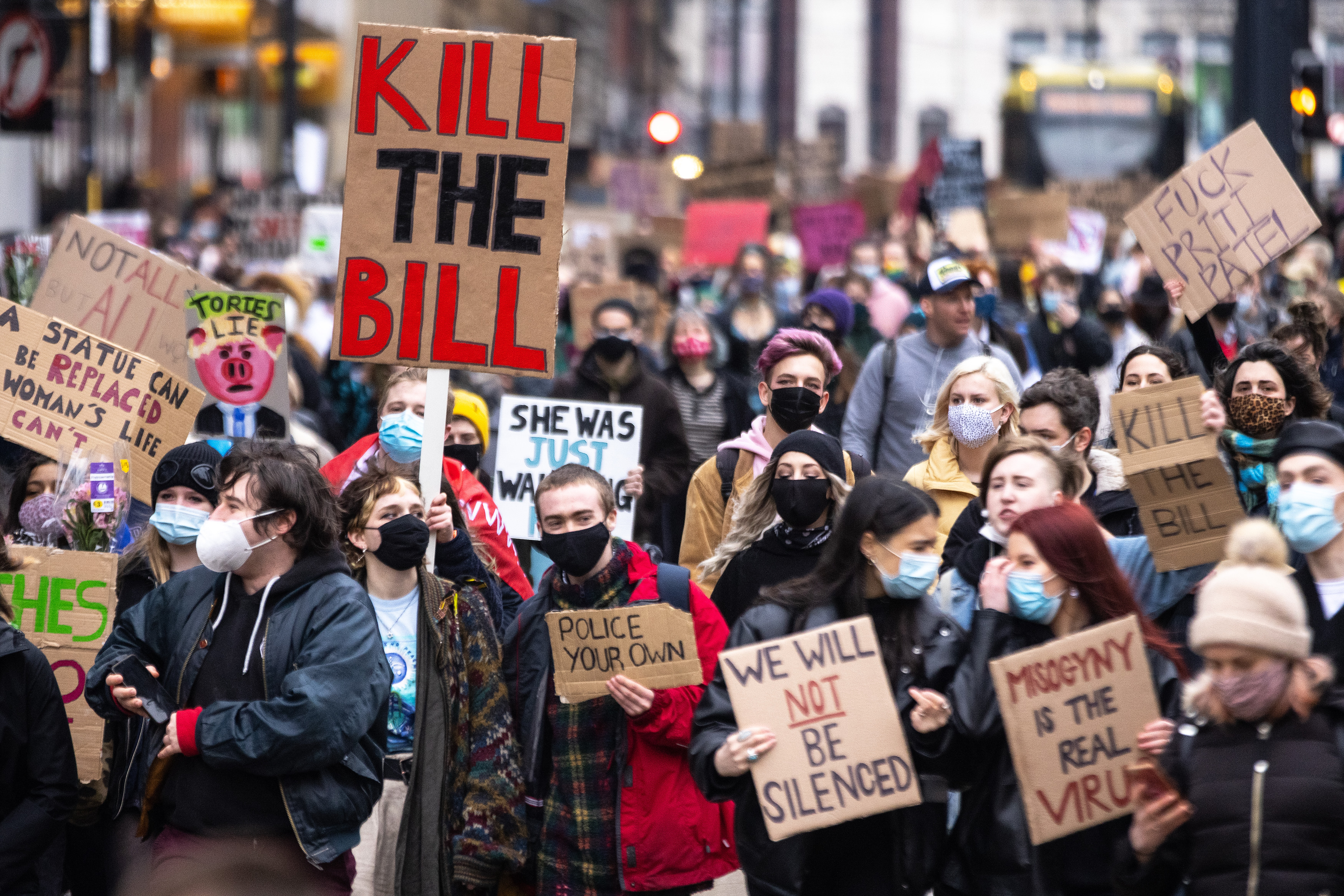 “I got my phone out and they weren’t letting me film it, two officers shoved me to the floor.”

The unnamed witness claims police dropped the teenager at a local McDonald’s and never formally arrested him.

He said when the student asked for the officers’ badge numbers, he was told “do you want to spend the weekend in the cells?”

Greater Manchester Police said in a statement: “Following protests in Manchester City Centre yesterday an 18-year-old man was detained for breach of the peace. He was later de-arrested.

“Following a public complaint in regards to this arrest, the incident has been referred to GMP’s Professional Standards Branch for assessment.”

Police also confirmed that they took no enforcement action against hundreds of protestors who gathered in the city yesterday.

Mum attacked by police officer says he was ‘out of control’