THIS is the shocking moment a man defied a 50,000-volt Taser to hit back and slap a cop in the face.

Dramatic video footage shows the suspect somehow managing to shake off the high-voltage Taser before grabbing the officer’s wrist and brutally lashing out at him. 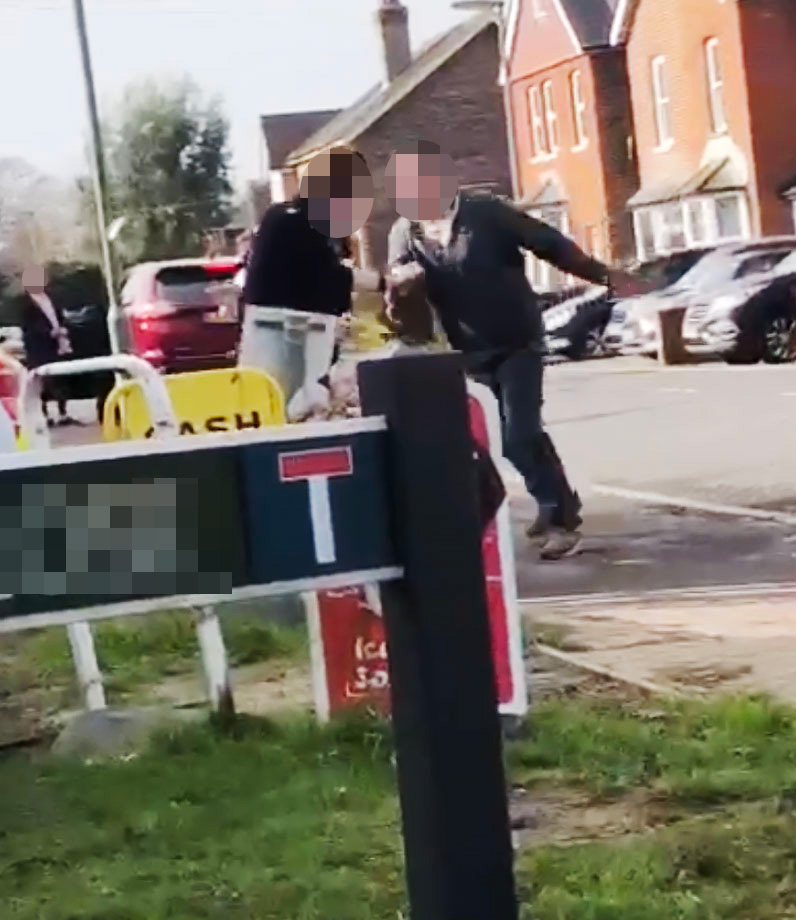 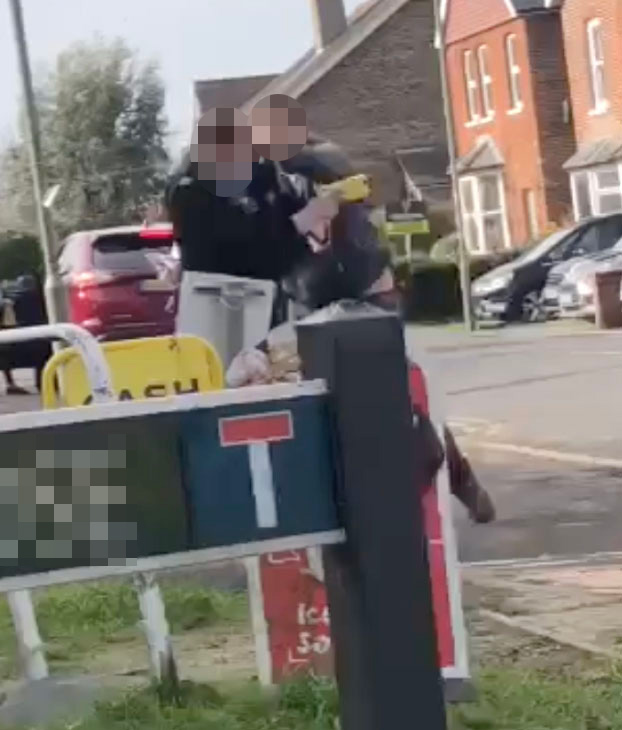 He then hits back and slaps a cop in the faceCredit: Ben Lack 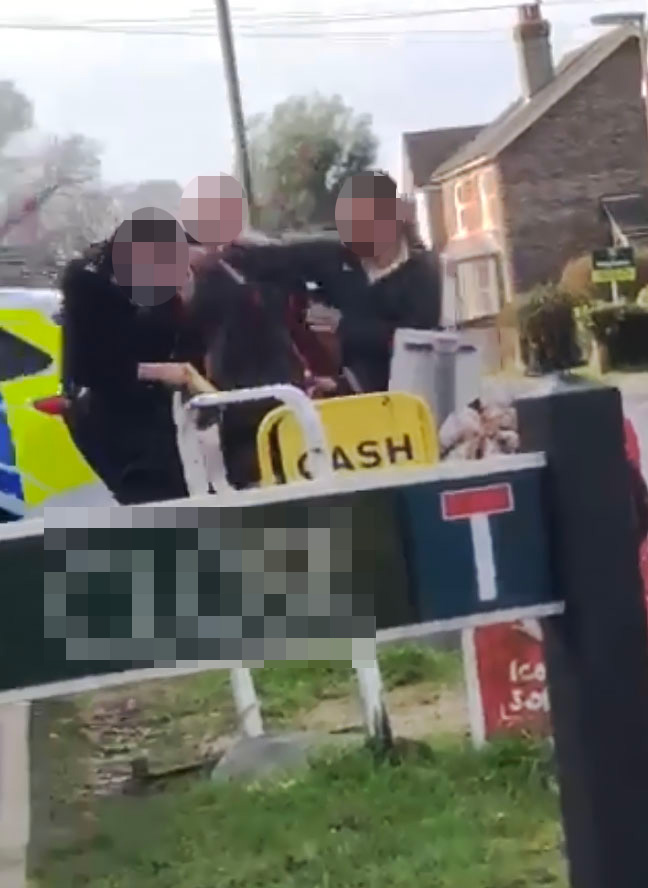 A shocked passer-by caught the moment on cameraCredit: Ben Lack

The suspect then serves several brutal blows to the officer’s head, taunting him between blows, as the cop attempts to protect himself.

A shocked passerby captured the sounds of the suspect slapping the officer’s face during the dramatic incident filmed on Saturday morning in Surrey.

As the witness watches the incident unfold out of a car window in Horley, Surrey, he can be heard gasping at the shocking scenes.

Moments later the suspect and another man begin to walk towards the officer who is, again, pointing a Taser gun at him.

“Oh, get off. Get off,” the man says as he pulls the active Taser threads out of his body.

Unphased by the shock he should have received from the 50,000 volts, he begins to walk towards the officer again.

Police backup had arrived on the scene in a clip capturing the aftermath of the incident. 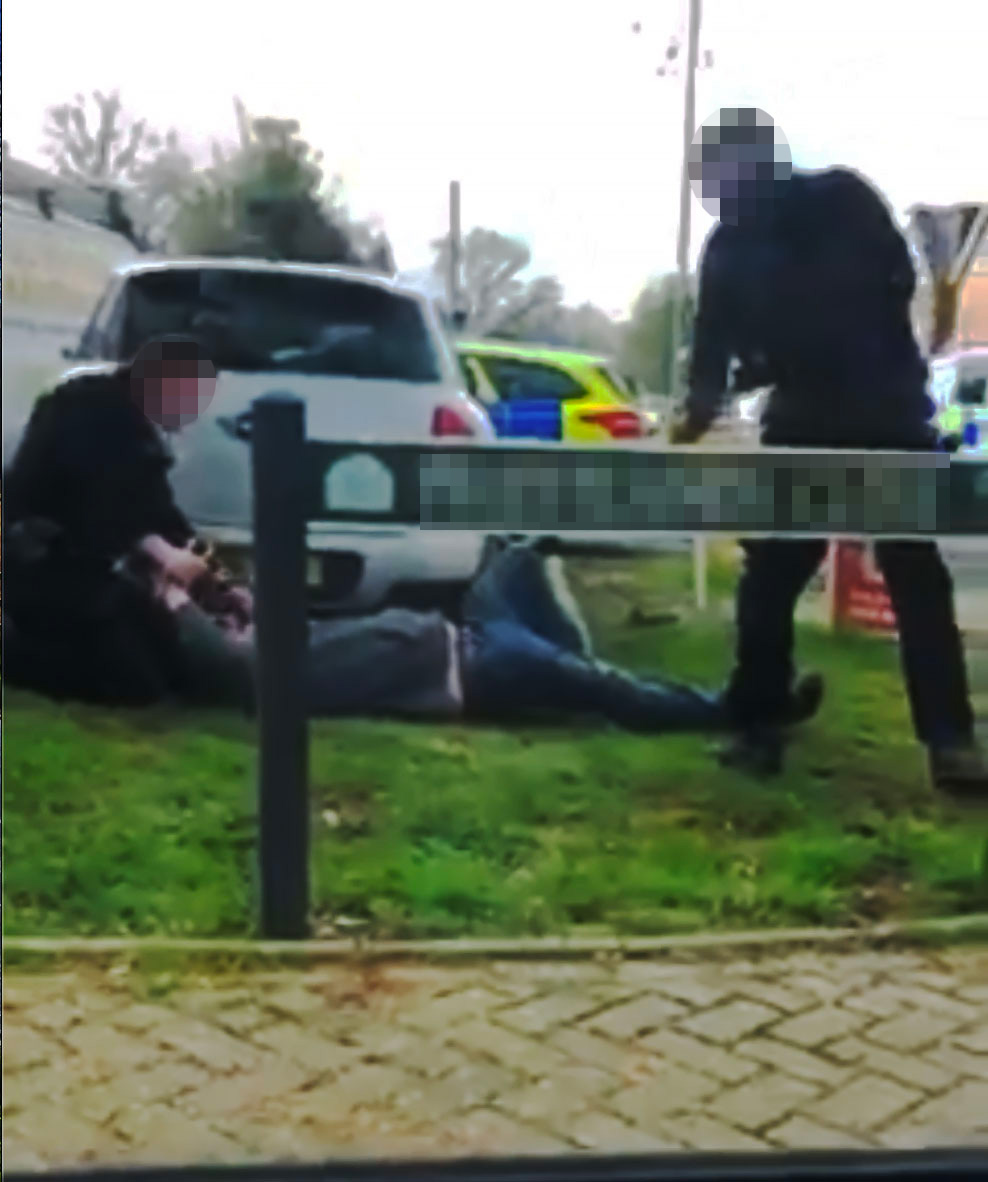 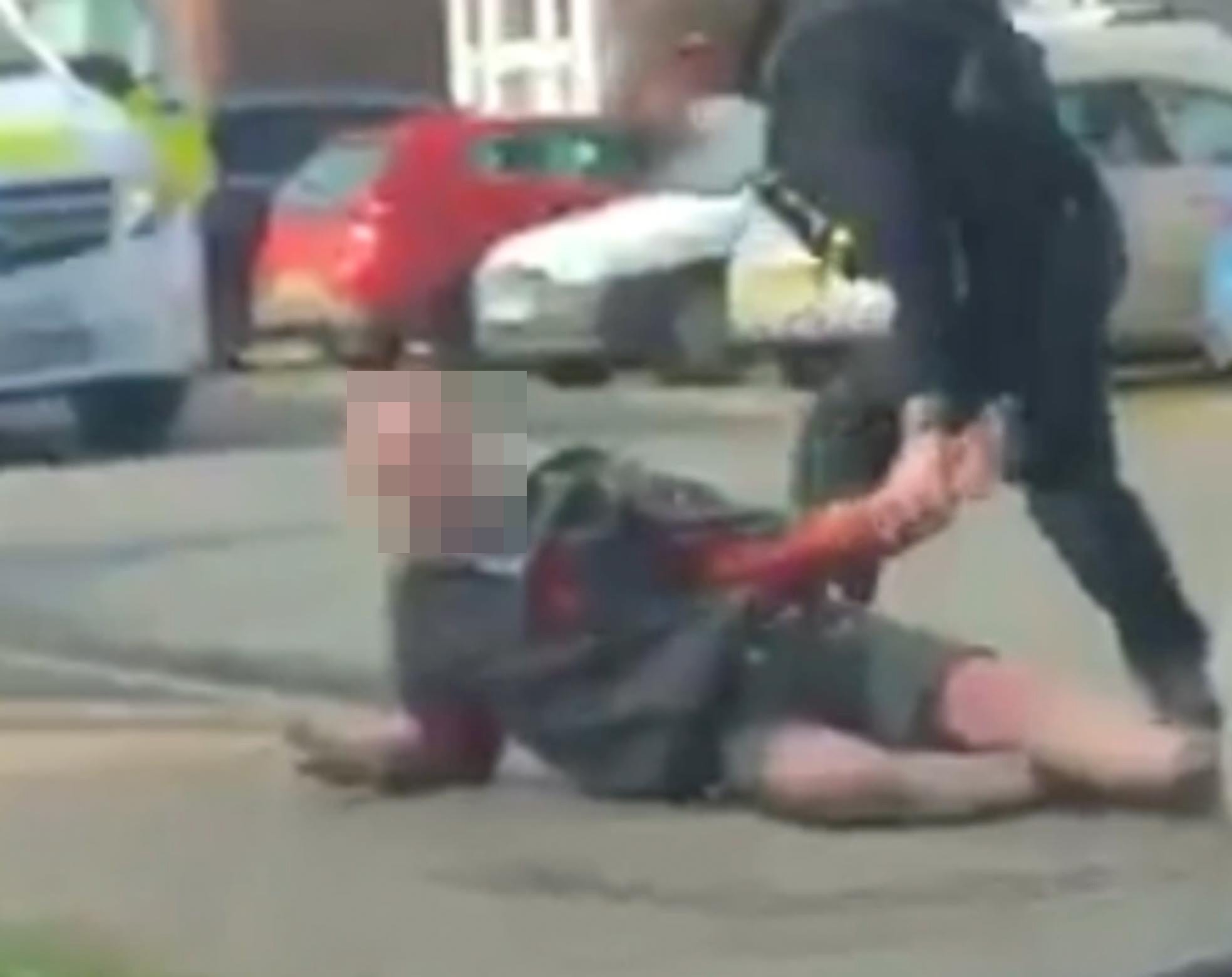 Police said a 34-year-old man has been charged with assaulting an emergency workerCredit: Ben Lak

The officer was forced to get out his baton and strike the man before a second officer felled him with his Taser.

Both men are then forced to lie on the ground and are swiftly handcuffed.

Surrey Police said: “We have charged someone with assaulting an emergency worker.

“A 34-year-old male, of no fixed address, is due to appear at Staines Magistrates’ Court on 8 March.

“This was following an incident which is alleged to have taken place around 11.30am on 20 February in Priestmans Road, Horley.”