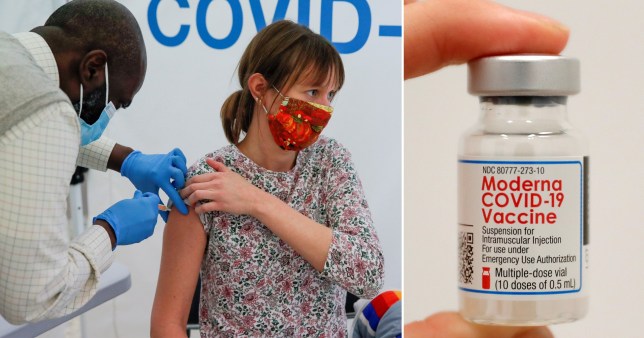 There have been previous reports that the doses will arrive within three weeks (Pictures: Reuters)

The UK is set to receive its first supply of Moderna vaccines next month, a minister has confirmed.

The Government had promised the arrival of the US jab in ‘spring’ but culture secretary Oliver Dowden said today that this could happen very soon.

He told Sky news: ‘We do expect Moderna to come later this month.

‘We don’t get into the details of supply chains, but the Health Secretary has indicated that he would expect later this month we’d start to see Moderna.’

Mr Dowden later clarified that he meant to say next month in April to the BBC’s Andrew Marr.

This would confirm The Mail on Sunday’s report that Moderna doses will be arriving within three weeks.

The supply of the new US vaccine will mean people under 50 years old will be invited to get a jab.

Currently, over-50s, health and social care workers and people who are clinically vulnerable are eligible for immunisation. 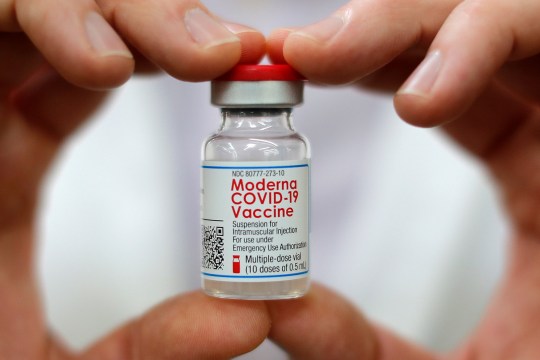 The Moderna jab was authorised in January, after the Pfizer and Oxford doses (Picture: Reuters) 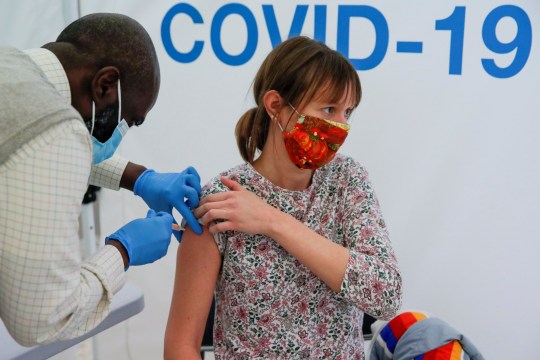 The arrival of the Moderna vaccine supply may mean that under-50 will start to be inoculated (Picture: Reuters)

This will be the first time the UK is using the Moderna vaccine, which was approved in January after the Oxford and Pfizer jabs.

Trials with more than 30,000 Americans show that after two doses, the Moderna vaccine is 94.1% effective at preventing symptomatic infection.

It comes as the UK gears up to enjoy the relaxation of rules from tomorrow where people will be allowed to meet in groups of six or in two households.

Golf, tennis and team sports will be allowed to continue, weddings can go ahead without needing ‘exceptional circumstances’ and the ‘stay at home’ message will be scrapped.

Apart from vaccines the Government needs hospitalisations and deaths to stay low to be able to keep opening up the country.

Over the past seven days, hospital admissions were down 21% (at 363) and yesterday deaths, at 58, were at its lowest death toll on a Saturday for six months.

The figures do not yet suggest any delay to the Prime Minister’s roadmap out of lockdown.

Boris Johnson said:  ‘As things stand, I can see absolutely nothing in the data to dissuade me from continuing along our roadmap to freedom, unlocking our economy and getting back to the life we love.’

Referring to the next step out of lockdown, on April 12, he said: ‘In just a few days’ time, I’m finally going to be able to go to the barber’s.

‘But more important than that, I’m going to be able to go down the street and cautiously, but irreversibly, I’m going to drink a pint of beer in the pub.’

If the vaccine programme continues to go well and hospitalisations and deaths continue to go down, the UK will see all coronavirus restrictions lifted by June 21.

This is a breaking news story, more to follow.

Piers Morgan: ‘cancel the cancel culture before it kills our culture’