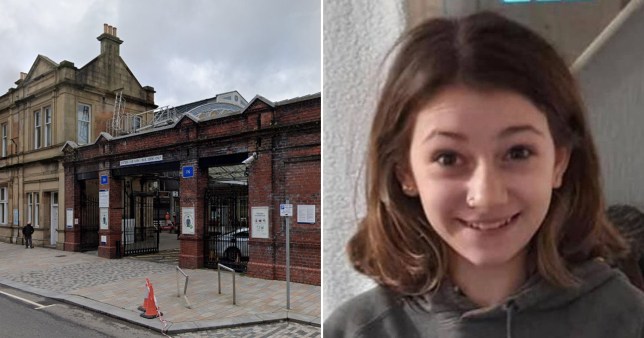 Amy Greenan, 12, and her friend were found at Helensburgh station on Saturday morning (Picture: NCJ Media)

Two 12-year-old girls have been found after they fell asleep on a train and woke up in a locked carriage with no phone battery.

Amy Greenan and her friend were travelling home from Glasgow on Friday afternoon when they both fell asleep and woke up in the empty train at Helensburgh station. They then decided to try and sleep through the night and wait for staff to return the next day.

In the morning, they were about to resort to breaking the window glass but noticed a woman walking on the platform and flagged her down. She alerted the station’s staff who let them out.

Amy’s mum, Bonnie Louise Greenan, said: ‘They were hysterical. Amy was cold and tired and someone went to Greggs and got her food and a drink. They were scared. She had an old phone and didn’t have the charger for it.’

The girls’ mums had been worried sick about them, having tried to call them at about 7pm and found no answer. Eventually they called the police and reported their children missing.

‘I was hysterical and have not had a wink of sleep all night,’ said Ms Greenan. 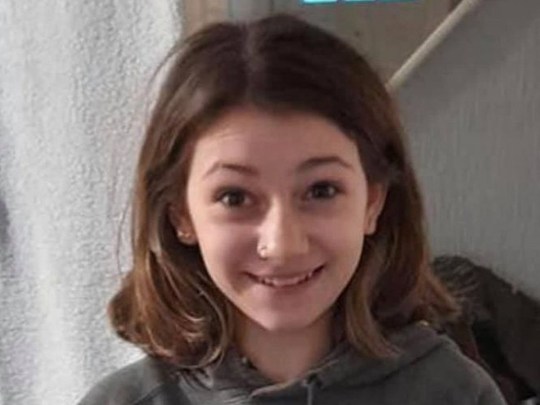 Amy’s mum said her daughter was cold, tired, scared and hungry by the time she was found (Picture: NCJ Media) 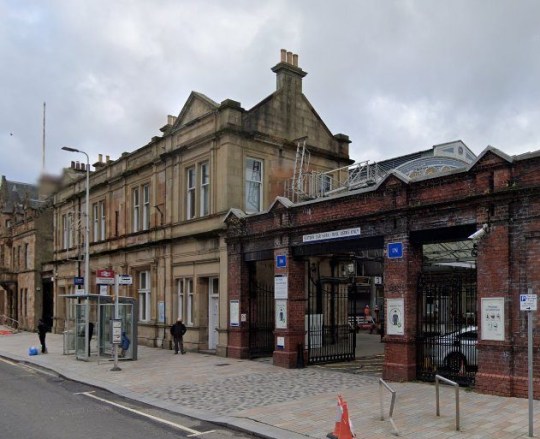 A friend of the girls had told their parents they’d left Glasgow and were on a train to Balloch, near where Amy lives in Gartocharn.

‘So I was driving about checking the trains, checking their usual haunts but there was no sign of them at all,’ said Ms Greenan.

Early on Saturday morning, police phoned to say they had found the girls at  Helensburgh station.

‘Everything that could go wrong, did go wrong. We are just glad to have them back – to say we were worried sick is an understatement,’ said Ms Greenan.

The mum-of-five added: ‘It begs the question – how could this happen? I thought the trains were meant to be checked from top to bottom at the end of the day.’

The British Transport Police told Metro.co.uk that staff who locked the train did walk through each carriage but did not see anyone.

The force has requested CCTV footage to see how similar situations can be prevented in the future.

Scotrail and Police Scotland are investigating the situation.