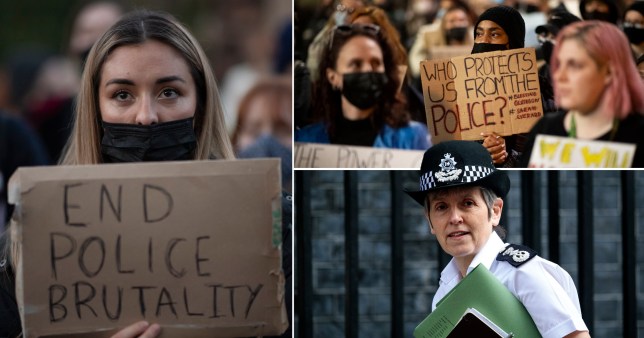 One ex-officer said she was fired after she reported an alleged sexual assault (Pictures: Getty Images)

Former police officers, including ex-chief constables, have spoken out against alleged sexism and male violence against women in UK police forces.

In recent weeks, police have been on the receiving end of public anger for multiple reasons. After the murder of Sarah Everard, the accused’s force was then pictured manhandling protesters at a vigil for the victim, while a different officer avoided jail despite being filmed attacking a woman.

Now, to add to the mix, forces around the country have been accused of operating teams where misogyny is ‘ingrained in decision-making’.

Men even made jokes about a missing woman being ‘down in their sex dungeon’, according to an ex-Met officer, who has been kept anonymous for her protection.

The woman, given the fake name Jane, said she got fired after reporting that a senior inspector had sexually assaulted her. She said: ‘My whole career was ruined. I was assaulted but I was the one blamed – and it left me suicidal.

‘I am still having counselling. There is no real respect for women in the police. You are ostracised as you are not one of the boys.’ 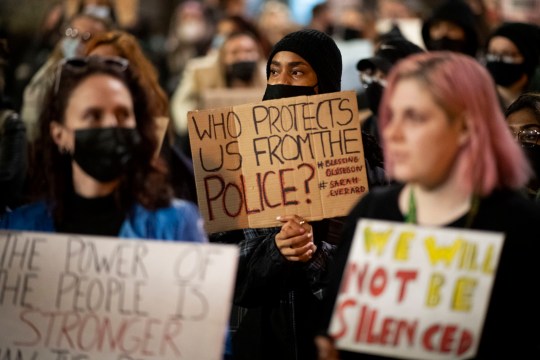 Various protests about police brutality and women’s safety have taken place all over the country (Picture: Getty Images) 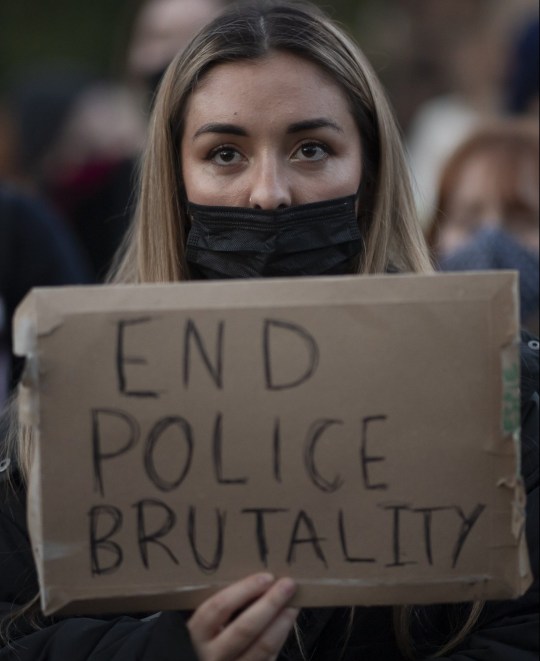 People have been outraged after Met officers were pictured manhandling women at a vigil for Sarah Everard (Picture: Getty Images)

Jane’s claims were backed by ex-superintendent Nusrit Mehtab, 51, who, after being in the Met for 32 years, is suing the force for sexist and racist abuse.


Alice Vinten, who left the Met because of the effect the culture was having on her mental health, said she also knew of ‘many men in the police who commit domestic abuse’.

Of their 79 recorded cases, there has only been one conviction.

Former GMP Chief Constable Sir Peter Fahy said: ‘I have three grown-up daughters. If a member of my family was attacked, I would probably say no they shouldn’t report it. 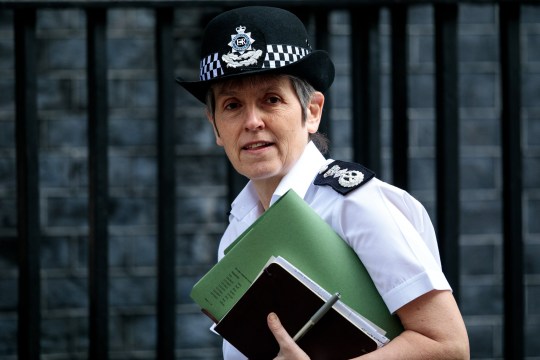 Met Commissioner Cressida Dick has come under fire for her officers’ behaviour at the Sarah Everard vigil (Pictures: Getty Images)

‘There is no way my daughters would join policing. They wouldn’t be comfortable there.’

An ex-Nottinghamshire chief constable Susannah Fish reinforced this when she said she thinks that sexism in police forces is part of the reason the UK has such shockingly low sexual violence convictions. Last year, the country saw its lowest convictions for rape ever.

Freedom of Information (FOI) requests submitted to the police by The Observer showed that between 2012 and 2018, 594 complaints were made about Met officers. Of those, only 119 were upheld and 63 led to dismissals, retirements and resignations.

The complaints included horrific claims such as a rape allegation that ended with a police officer being given a verbal warning and management advice.

The Met would not comment on Jane’s case but said that the allegations involve a ‘small percentage’ of their 40,000 officers and staff.

The force said it expected the ‘highest standards’ from its employees and will ‘continue to take allegations against staff extremely seriously’.

A spokesperson said: ‘There is no place for criminal behaviour of this nature within the organisation.

‘Where standards are proven to have fallen below what is expected, we take appropriate action to ensure both accountability and that lessons are learnt from each case.

‘Where officers are convicted of a crime, they will also face internal misconduct proceedings.’

The GMP said: ‘GMP is committed to providing all victims of domestic abuse with the highest standards of service.

‘Improving the safety, wellbeing and confidence of the public underpins all that GMP does.’