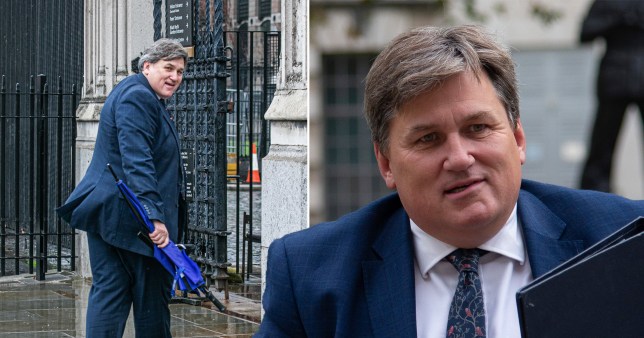 Kit Malthouse is accused of going into the office while waiting for his coronavirus test results (Picture: Getty/Rex)

The policing minister has been accused of breaching Covid-19 rules after going into work without waiting for his test results, it has been reported.

Kit Malthouse tested positive for the virus after taking a rapid lateral flow test while heading into work on Monday.

The minister, who was asymptomatic, reportedly went into the Home Office without waiting for his results.

Mr Malthouse received a positive diagnosis via a text message about 30 minutes after taking the test, reported the Sunday Times.

He immediately alerted the department and told them all to wear masks, before driving himself home. The team were then sent home as a ‘precaution’, the minister confirmed in a Twitter thread on Saturday evening.

As a result of Mr Malthouse’s actions, staff from two teams are understood to have gone into self-isolation, sources claimed. It is understood his office has now been deep cleaned and had the air vents changed.

The newspaper reports that the minister’s apparent breach was not reported to the Covid directorate after a source claimed no Covid-19 cases were recorded from the Home Office in the last 14 days, sparking accusations of a cover-up.

Occasionally need to be in Westminster, so took care with several precautionary covid tests.

On Monday morning, no symptoms, but tested positive. Fortunately no in person meetings had taken place.

The Home Office said: ‘The policing minister is self-isolating with his household following a positive Covid test. This was a precautionary test as the minister had no symptoms. The minister promptly left the building.’

It comes after the police minister said in January that it would be ‘preposterous’ for anyone to claim that they are unaware of lockdown rules after nearly a year.

He added that the public have a ‘duty’ to make the third national lockdown ‘the last one’.

Mr Malthouse told LBC: ‘It seems preposterous that after 10 months anyone could be ignorant to the rules. 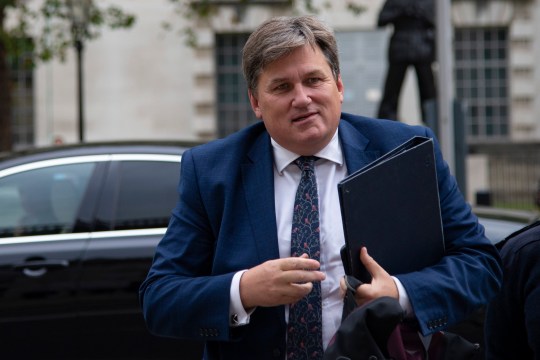 The police minister was accused of breaching protocol (Picture: Getty)

‘Also, it is frankly ignorant to the perilous state that we find ourselves in with the NHS rammed to capacity, with numbers of infections rising on a daily basic and sadly deaths following them.’

Revealing his positive diagnosis on Saturday, Mr Malthouse wrote on Twitter: ‘Occasionally need to be in Westminster, so took care with several precautionary covid tests.

‘On Monday morning, no symptoms, but tested positive. Fortunately no in person meetings had taken place.

‘Team all OK and not pinged. Feeling lucky to still be symptom free with 5 days to go.’

Mr Malthouse is the latest Government official to be accused of breaching Covid-19 protocol.

Former SNP MP Margaret Ferrier was charged with culpable and reckless behaviour after travelling from her Scottish constituency to the House of Commons in London and back home on the train while waiting for test results.

Housing Secretary Robert Jenrick was questioned over his repeated trips to his parents’ home, more than 40 miles away in Shropshire, despite urging the public to stay at home.