MILLIONS of Britons basked in glorious ­sunshine with friends and family as lockdown rules were eased for the first time in three months today.

Beaches, outdoor pools and parks across the country were packed as a perfectly-timed mini-heatwave saw temperatures top 20C — rising to 24C today. 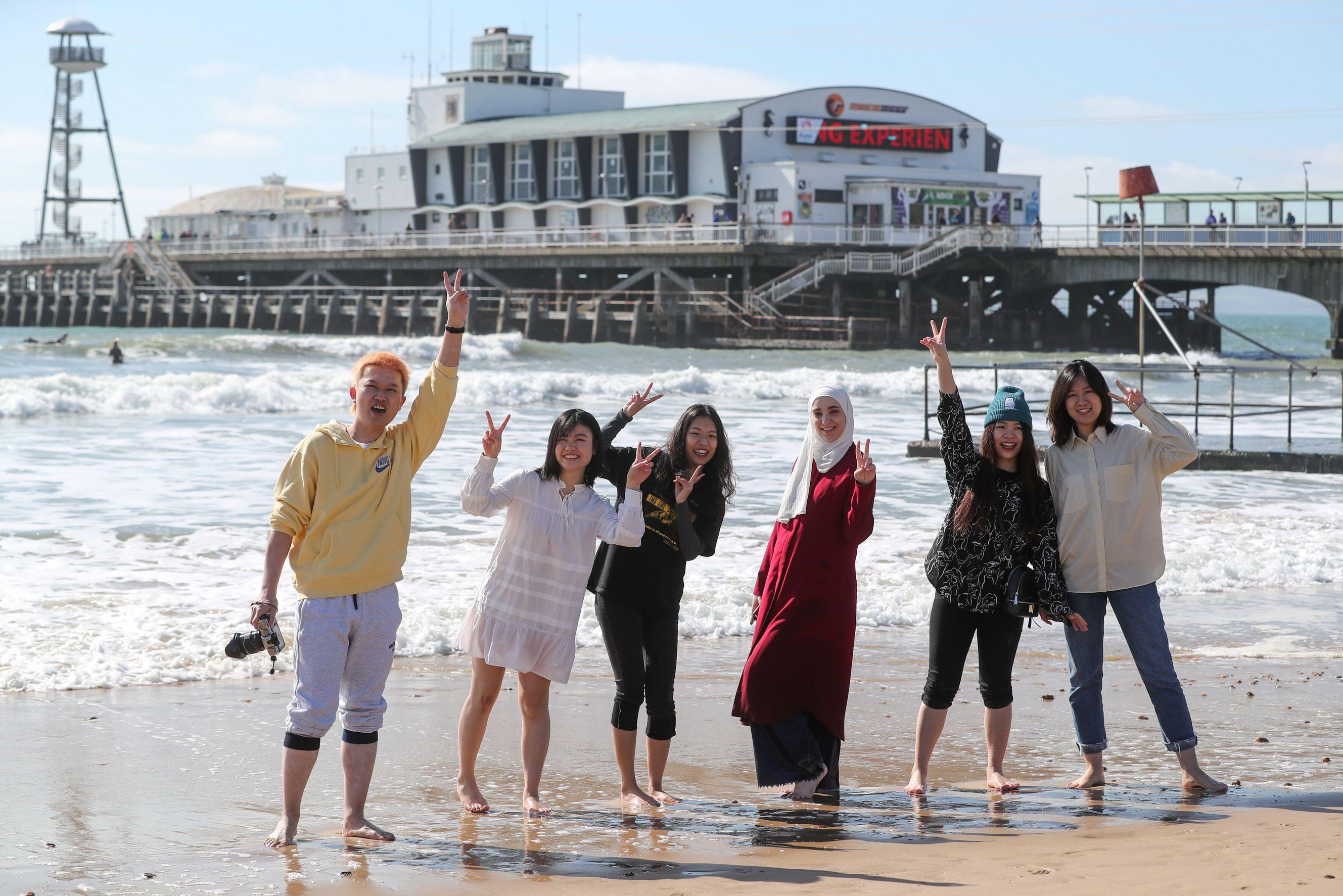 Britain’s beaches, pools and parks were packed as millions made the most of the glorious weather yesterdayCredit: Alamy 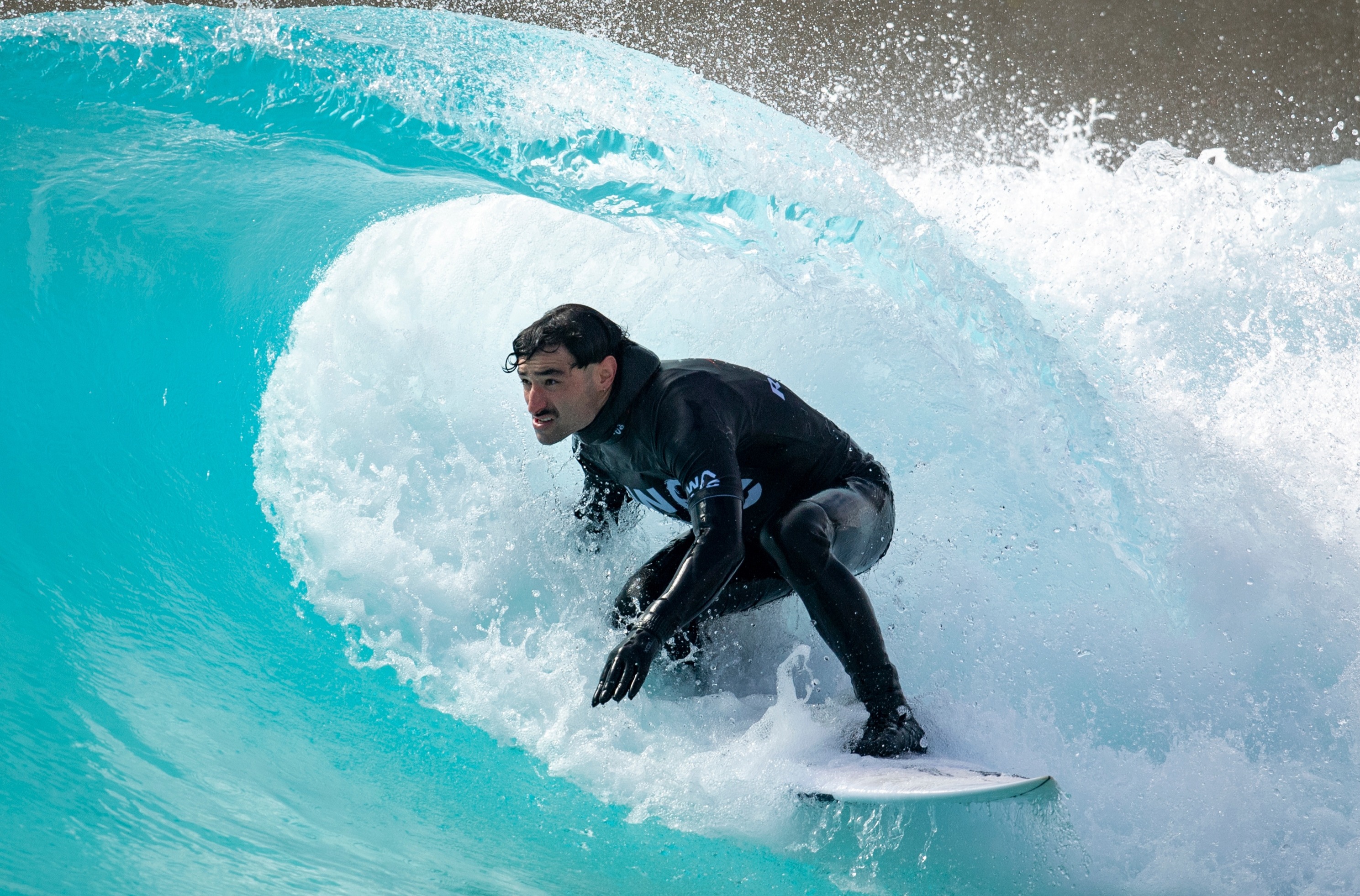 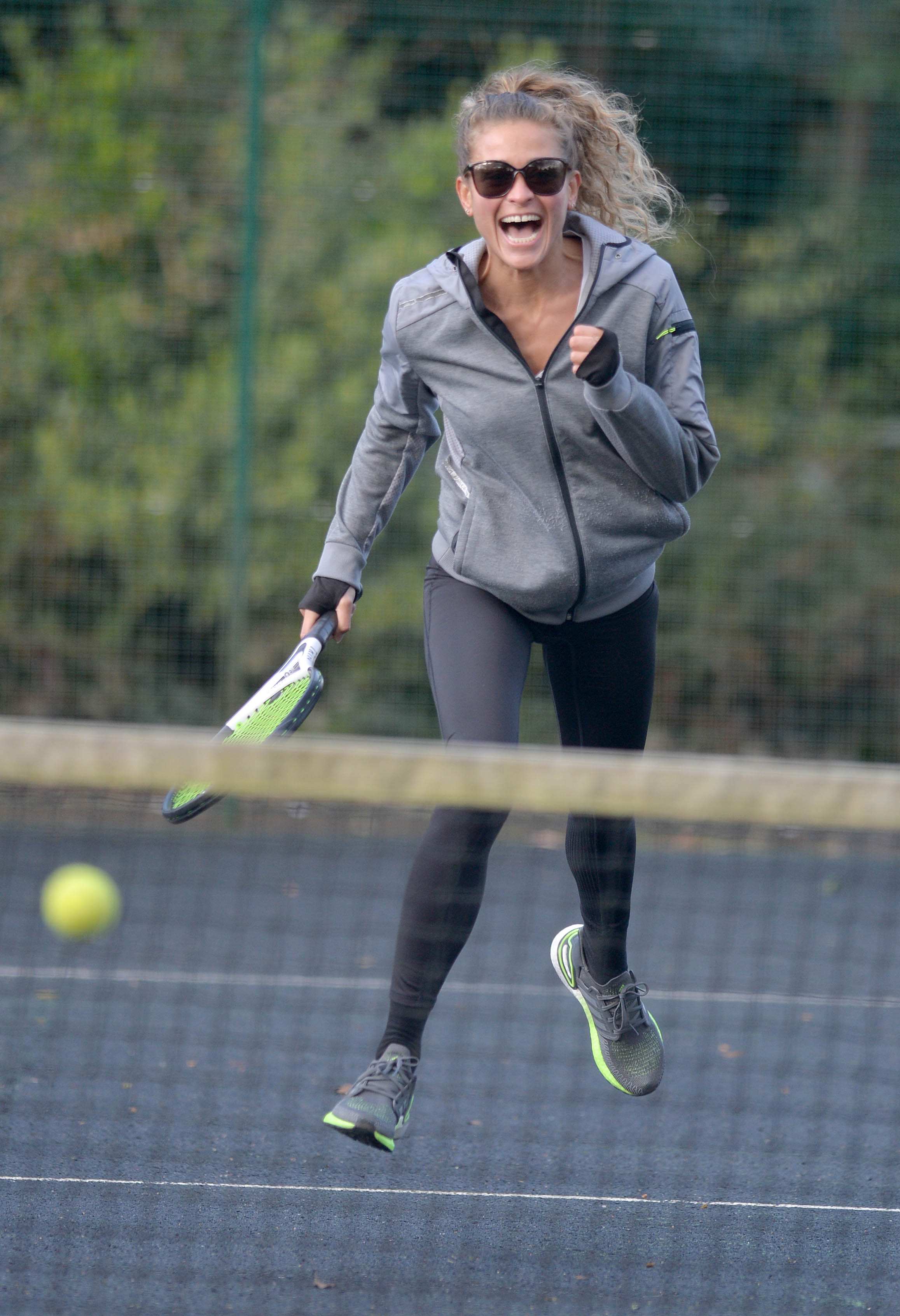 A tennis player was bursting with energy in ManchesterCredit: Zenpix 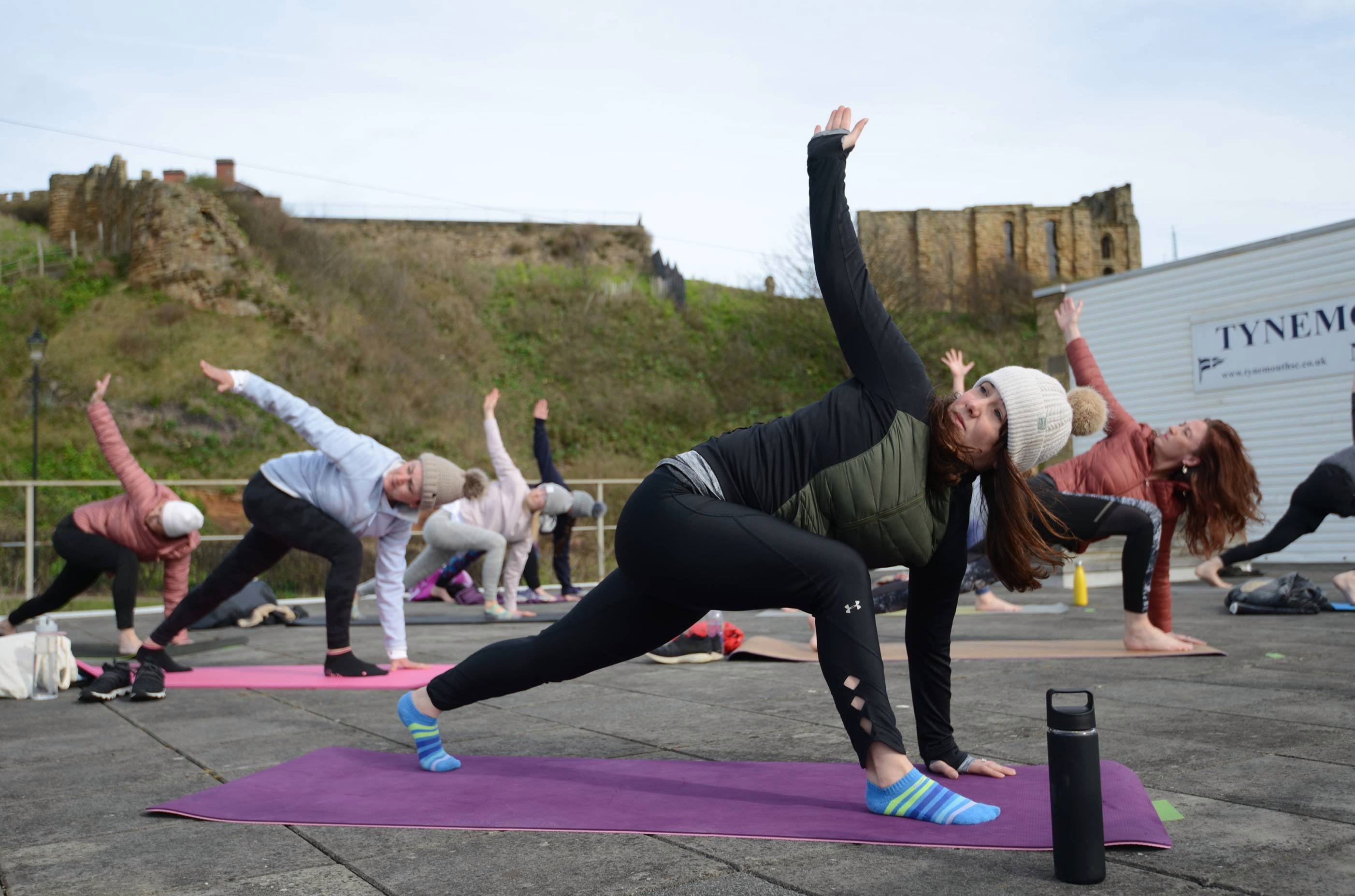 Under Boris Johnson’s unlock plan, people are allowed to mix in socially-distanced groups of six — or two households — outside or in private gardens for the first time since December.

Organised and outdoor sports are back on, as are small weddings.

Jess Warren-Basham, 28, and solicitor fiancé Jonny Cope, 30, from Hants, were walking down the aisle yesterday — having reduced their guest list from 180 to just six to meet the new rules.

It is now legal to travel anywhere in the country — but people have been reminded not to hug loved ones and to socially-distance.

The PM appealed to the public to exercise caution as England’s lockdown rules are eased, amid fears of a new virus wave from Europe. 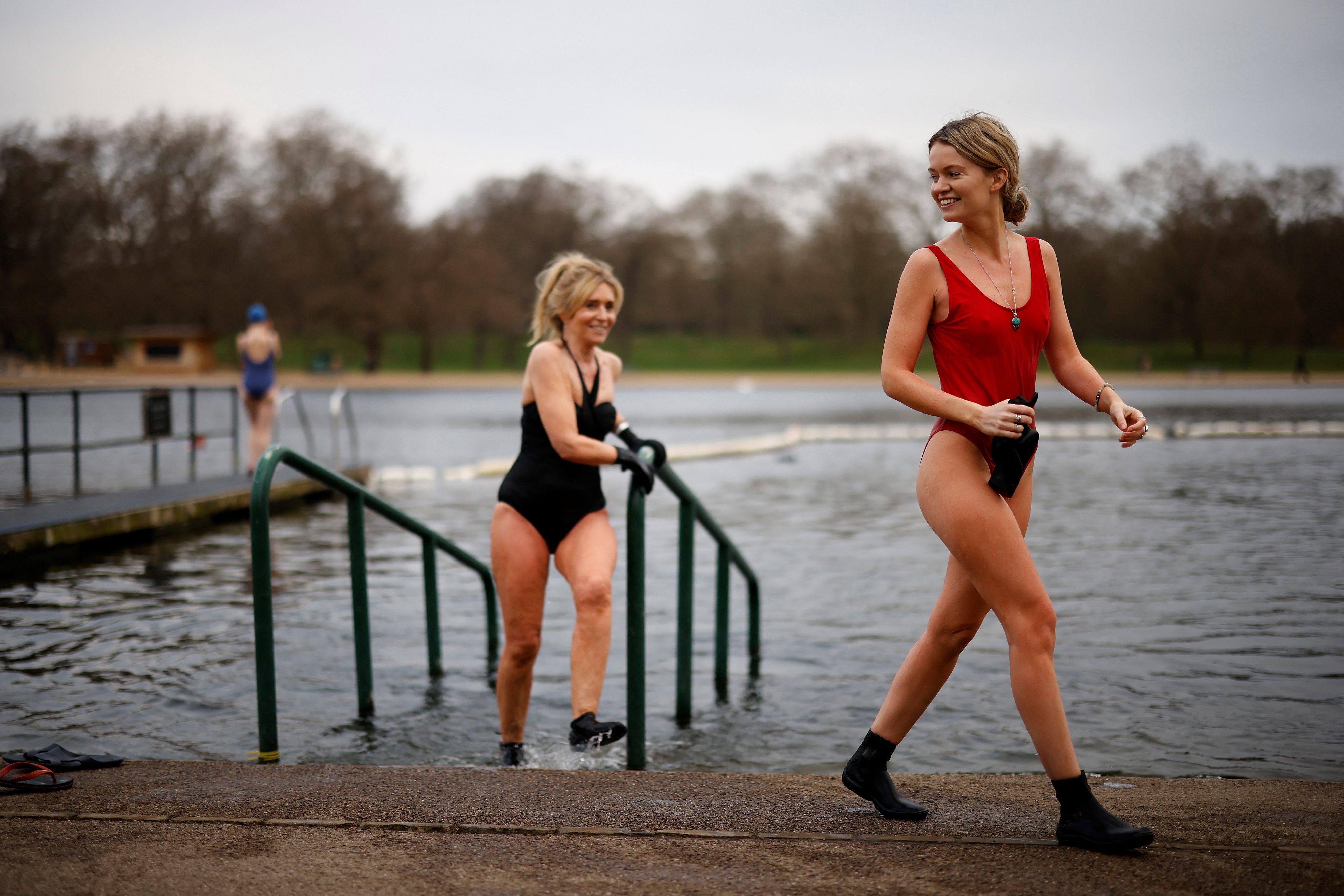 Pals went for a dip in the Serpentine, LondonCredit: AFP

Golfers headed out after midnight in IlkestonCredit: PA

But Mr Johnson said it was a “big day” for many, as they were able to see friends and family outdoors for the first time since controls were imposed last year.

He told a Downing Street press conference: “It’s vital we don’t overdo it and risk all the progress we have made.”

His warning was echoed by England’s chief medical officer, Professor Chris Whitty, who said there was a “high likelihood” cases would rise as rules are lifted.

But he said the impact should be “modest” if people follow social distancing.

It’s vital we don’t overdo it and risk all the progress we have made.

Sports minister Nigel Huddleston called on everyone to resist dropping their guard and said people should still “call out” rule breakers.

The “stay at home” message has been scrapped, but people are not allowed to stay in another household overnight.

Friends and family marvelled at the cherry blossom in Battersea ParkCredit: LNP

Crowds soaked up some sun on London’s Primrose HillCredit: LNP

Punters could already be seen on the River Cam, CambridgeCredit: Geoff Robinson

A small group played football in a park in LondonCredit: EPA

People made the most of the weather on sunny Sandbanks Beach in DorsetCredit: w8media 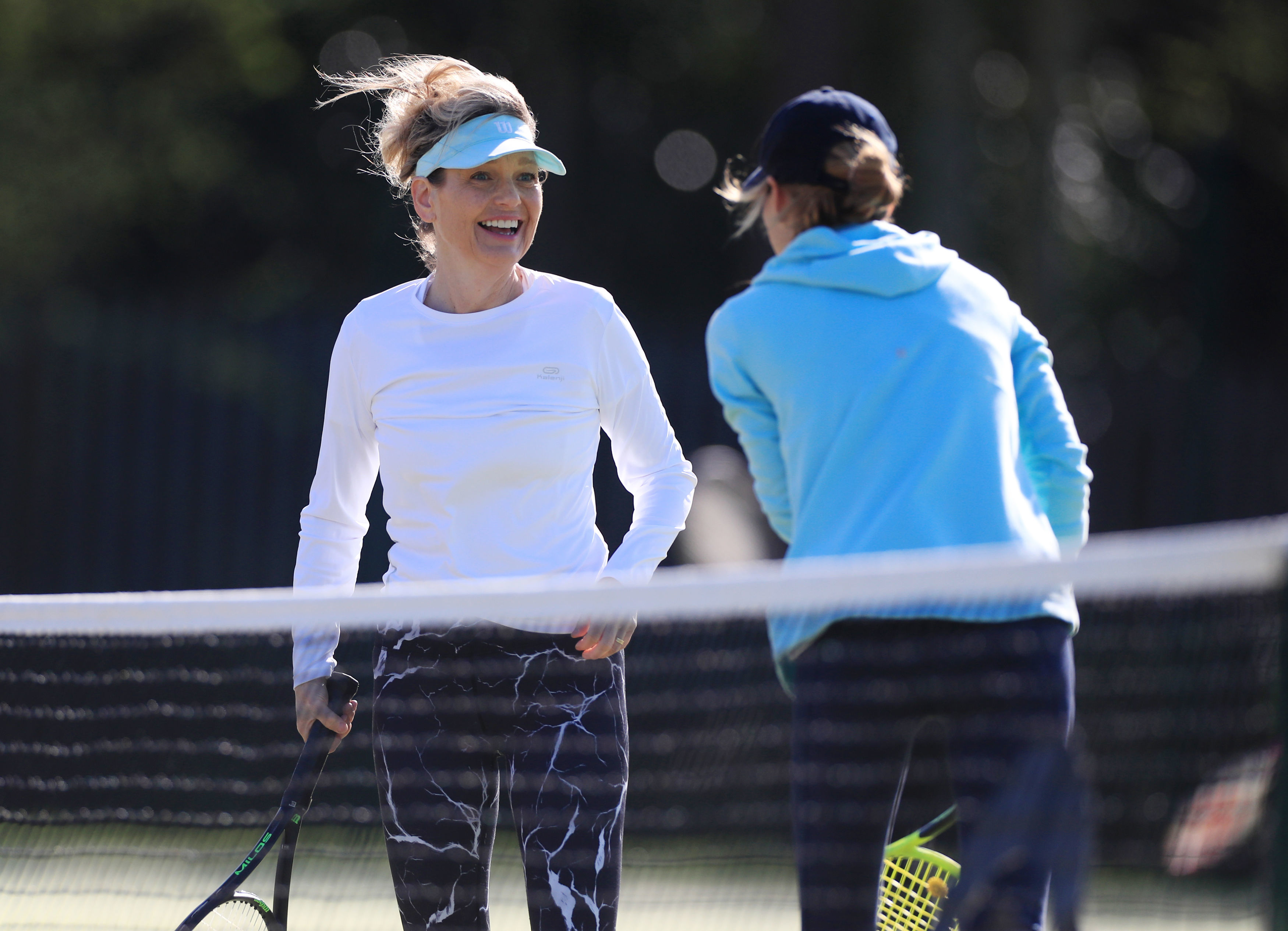 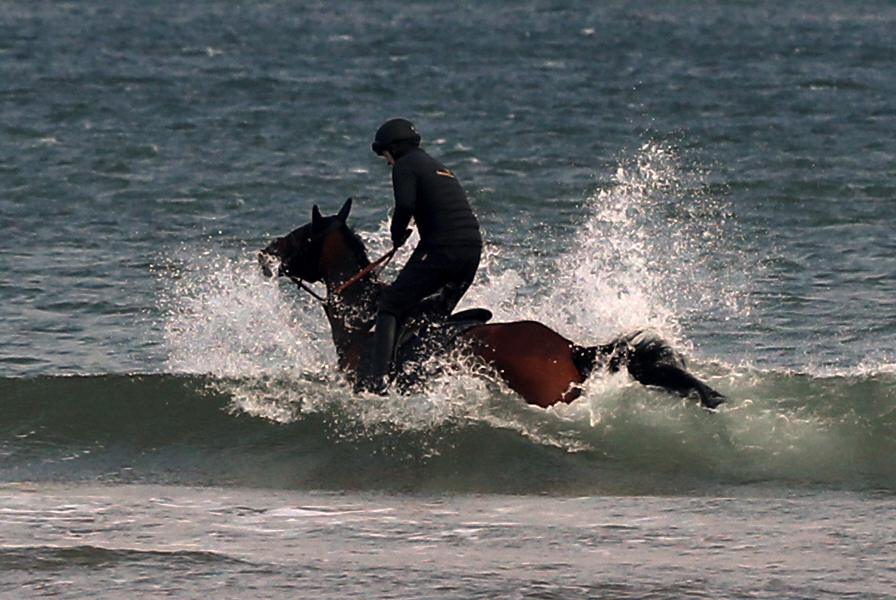 One man rode his horse along Bamburgh beach, NorthumberlandCredit: Reuters

As the sun shone, women hit the tennis courts in ­Manchester and pals grinned and gave a peace sign on Bournemouth beach.

Others opted for outdoor yoga in Tynemouth, Tyne and Wear, and ­surfing at The Wave, Bristol.

At the Serpentine lake, in London’s Hyde Park, women took an outdoor dip.

Gym chain David Lloyd reopened outdoor facilities at 79 of its branches across the country.

Prof Chris Whitty said there was a ‘high likelihood’ cases would rise as rules are liftedCredit: Getty

And the fun teed-off at Morley Hayes Golf Club near Derby, at 12.01am as teams played a seven-hole charity tournament under floodlights.

Boss Andrew Allsop said: “It filled instantly. I think the buzz has been made even buzzier because it’s such great weather this week.”

The next phase of lockdown lifting is April 12 — when pubs reopen — and the PM aims to have all restrictions axed by the end of June.