He seemed to be enjoying himself (Picture: Emma Lament)

Two months after announcing his divorce, cabinet minister Michael Gove has been filmed raving it up at at 2am in an Aberdeen nightclub.

The Cabinet Office minister appears to be taking the opportunity to explore the single life, and work out what comes next after 20 years of marriage.

Fair enough.. but people were a little surprised to see him flailing his arms and bouncing around, with one saying it reminded them of Mr Bean.

Singer Emma Lament filmed him throwing shapes, posting on Instagram: ‘Sadly [he] missed my set but he was giving it big licks in Bohemia Aberdeen.

She said that he seemed to be loving the DJ set by Nina Stanger at the Pipe event, saying he ‘loved’ it so much that he stayed all night.

It seems that Mr Gove, 54, arrived off in O’Neills after midnight and then headed to the techno club upstairs to carry on the festivities.

But he wasn’t so keen on paying the £5 entry fee, according to reports.

Adam Taylor, who was on the door, told the Daily Record: ‘He was saying he shouldn’t have to pay because he is the Chancellor of the Duchy of Lancaster.’

And it seems that he got away with it, as ‘he was already half way up the stairs’.

Dad-of-two Mr Gove is originally from Aberdeen and was back in his hometown.

However, those present said he didn’t seem to be out with old friends, but was on his own – though plenty of people who recognised him bought him drinks.

Ms Lament told the paper: ‘The Tories aren’t too popular in Scotland but people were generally quite nice to him.

‘It’s fair to say he’d had a good few shandies when he arrived at O’Neills. 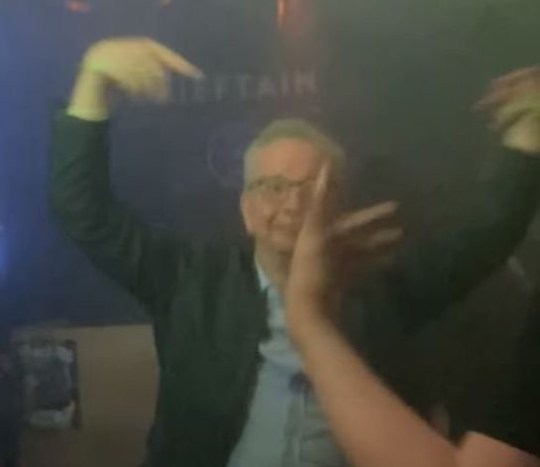 A voyage of self discovery (Picture: Campbell Ramage) 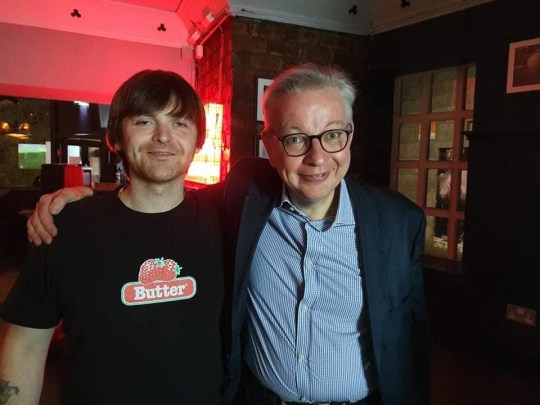 Pipe club night posted on Facebook: ‘Thanks to all the amazing people, and Michael Gove, who made it out for the first Pipe last night, we had a great time going in for 4 hours straight.

‘Defiantly blew some cobwebs away.’

Mr Gove, one of the most senior members of the Government, married Sarah Vine in October 2001 after they met in 1998 while working at The Time.

Their spokesman said: ‘Michael and Sarah have agreed to separate and they are in the process of finalising their divorce.

‘They will continue to support their two children and they remain close friends.

‘The family politely ask for privacy at this time and will not be providing any further comment.’

Metro.co.uk has contacted Mr Gove for comment about his night out.