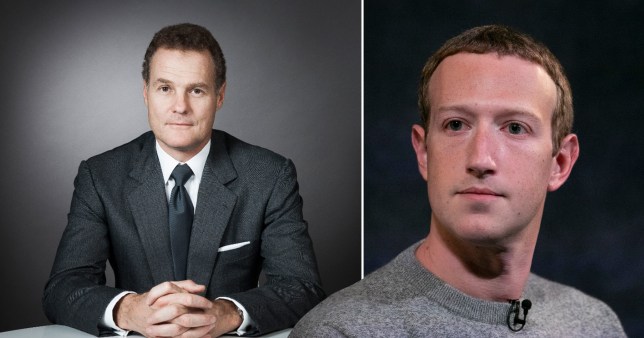 The company which owns Metro, as well as other newspapers, has accused Facebook and Google of ‘blackmail’ over the news content row in Australia.

It comes after Facebook blocked news content on its service in Australia last week over a proposed new law that would have seen it and Google forced to pay publishers for news.

Pages on the social networking site appeared blank during the block.

After discussions with Facebook, Australia agreed to amend the bill – which passed in parliament on Thursday – and the social network agreed to lift the ban on sharing news.

In a letter to the Financial Times, Lord Rothermere, chairman of Daily Mail and General Trust (DMGT), said ‘politicians should be very worried’ about the incident.

It reads: ‘For years Google and Facebook have plundered news content without paying for it while at the same time extracting ever greater profits from advertising markets they dominate. 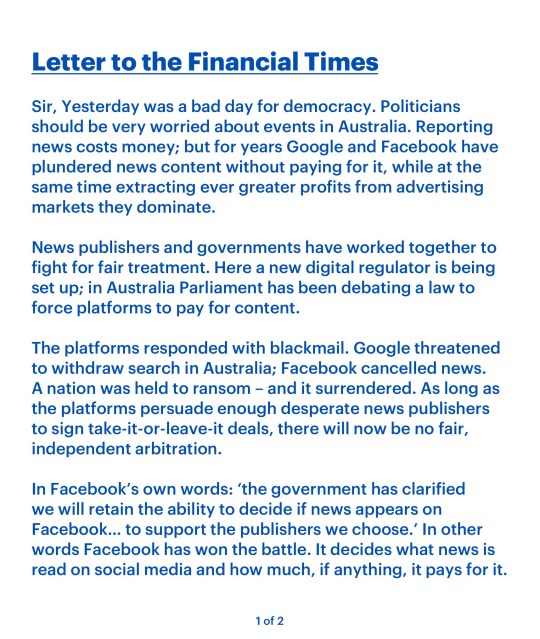 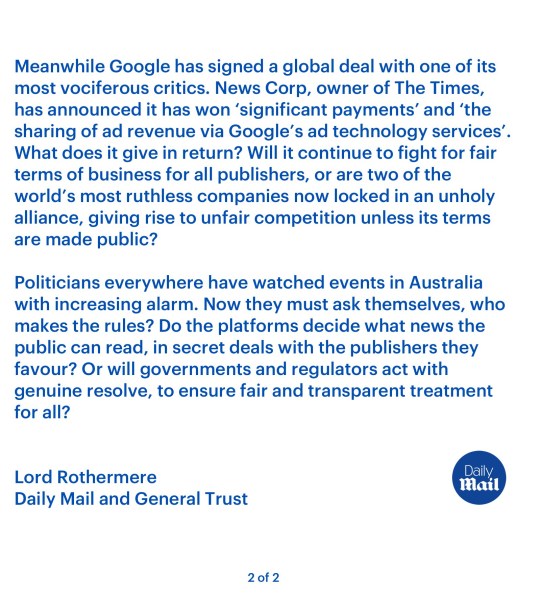 ‘News publishers and governments have worked together to fight for fair treatment. In the UK, a new digital regulator is being set up; in Australia, parliament has been debating a law to force platforms to pay for content.

‘The platforms responded with blackmail. Google threatened to withdraw search in Australia; Facebook cancelled news. A nation was held to ransom – and it surrendered.

‘As long as the platforms persuade enough desperate news publishers to sign take-it-or-leave-it deals, there will now be no fair, independent arbitration.’

On Wednesday, Facebook’s head of global affairs, Sir Nick Clegg, said the stand-off had been the result of a ‘fundamental misunderstanding’ of the relationship the firm had with news publishers.

He argued that the publishers choose to share their stories on social media because they ‘get value from doing so’.

In a blog on Facebook, he said: ‘If you click a link that’s shared on Facebook, you are directed off the platform to the publisher’s website. In this way, last year Facebook generated approximately 5.1 billion free referrals to Australian publishers worth an estimated AU$407 million to the news industry.’ 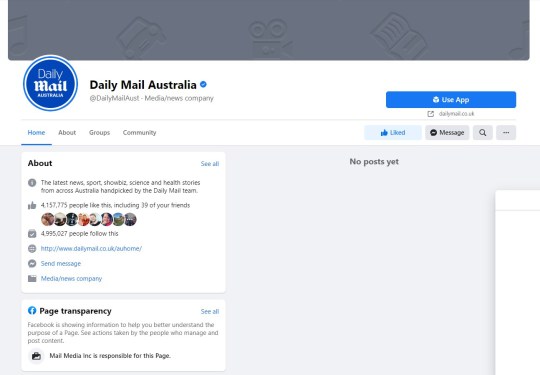 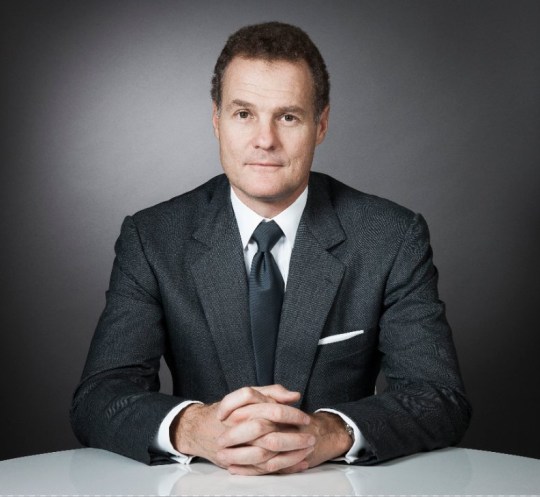 He added that Facebook’s opposition to the initial bill was around a proposed arbitration system, which Sir Nick claimed ‘deliberately misdescribes the relationship between publishers and Facebook’.

‘It’s like forcing carmakers to fund radio stations because people might listen to them in the car – and letting the stations set the price,’ he said.

But Lord Rothermere – whose company owns the Daily Mail, Mail on Sunday, Mail Online, the i as well as Metro – said the Australian deal meant Facebook was setting its own rules.

‘Facebook has won the battle. It decides what news is read on social media and how much, if anything, it pays for it,’ he said, calling on governments to respond with tighter regulation.

‘Politicians everywhere have watched events in Australia with increasing alarm,’ he said. ‘Now they must ask themselves, who makes the rules?

‘Do the platforms decide what news the public can read in secret deals with the publishers they favour? Or will governments and regulators act with genuine resolve, to ensure fair and transparent treatment for all?’