Metro letters on whether recession can help prevent climate change 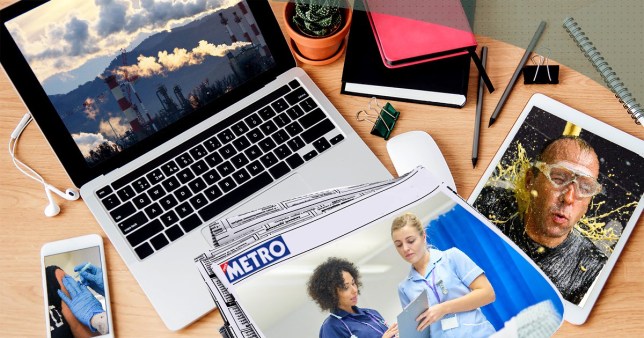 This is what got readers talking today (Picture: Getty/PA/Metro.co.uk)

The threat of a recession looms and activists warn that we are hurtling towards ecological ruin, so readers share their thoughts on whether less consumption and smaller families would be good for the planet.

■ The fact that today the world is predicted to reach an all-time-high population of 8billion is a fundamental issue regarding the climate change crisis but it is not the only problem.

If no one consumed to excess and if commerce seriously changed its collective approach to carbon dioxide emission reductions – with no offsetting allowed – then maybe there would be enough to go around without incurring ongoing global damage. However, the message of giving up anything voluntarily – meat, driving or flying – as a practical solution isn’t one that short-sighted or selfish people, or those with vested interests in our unsustainable ways, want to hear.

Perhaps the coming recession will change people’s spending habits in a profound enough way to make a difference. Time will tell. Judy Baldwinson, by email

■ Nathan makes a good point by saying there are no easy solutions as to how we might limit population growth but we need to make suggestions (MetroTalk, Mon). The old notion of a big family has to stop – bring in incentives to have one child, adopt or have none. We must stop supporting those who want a big family. James, London

■ Gordon from Croydon sums up the issue succinctly, asking what exactly do people want us to do in terms of population control (MetroTalk, Fri).

Let’s face it, the only reason for us being on Earth is to procreate. And to ask someone to forego that is tough. However, the alternative is not ideal. People born in developed countries consume multiples of their fair share of Earth’s finite resources – and this is unsustainable.

On the positive side, potential parents are already questioning whether they can afford the cost of children. With prices rising everywhere, is it getting more difficult to give them a head start in the world, in terms of education, jobs and housing? 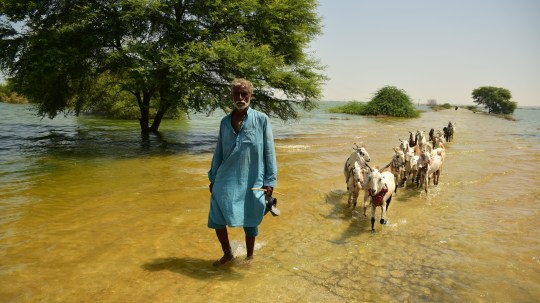 A victim of flooding and his livestock in Pakistan (Picture: Adeel Ahmed/Anadolu Agency via Getty)

What is significant, though, is the perceived need to keep growing the population. All measures about how well the economy is doing benefit from a growing population, whether that be naturally or via immigration. And we need more people working to support the growing number of people not working as the population ages.

But a growing population only exacerbates an already tenuous situation. Given the downsides of our unsustainable future, one would hope people would arrive at the same conclusion themselves – so we wouldn’t need to implement population controls. Steven, London

■ Gordon asks about how could we limit the population. How about taking personal responsibility for your actions? Kate, Manchester 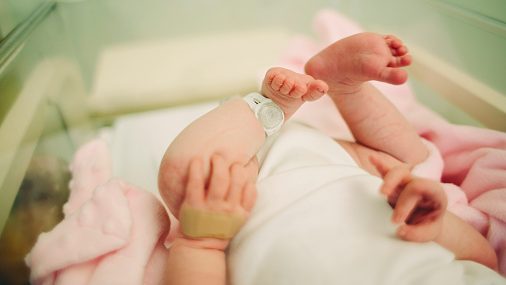 People could be forced to have fewer children due to costs, a reader said (Picture: Getty Images)

■ Gordon, you too need to shoulder responsibility for ideas to address climate change as opposed to coming up with reasons why it can’t be done.

An additional human in the future will still consume, and therefore create pollution no matter how well we improve efficiency.

The answer is to address our exponential population growth, to convince all from an early age that two children per family is best for the planet, and let social persuasion do the rest. Dave H, Orpington

■ I totally agree with Metro readers who say 8billion people on Earth is unsustainable (MetroTalk, Fri) but as always this is the elephant in the room.

The world needs to lower its birthrate through education, a ‘rewards system’ or perhaps by linking foreign aid with some form of population-control assistance.

In saying the increasing human population is the real cause of climate change, David Harrison (MetroTalk, Wed) has voiced what many people are probably thinking, but it’s not talked about enough. Barbara, Sutton Coldfield 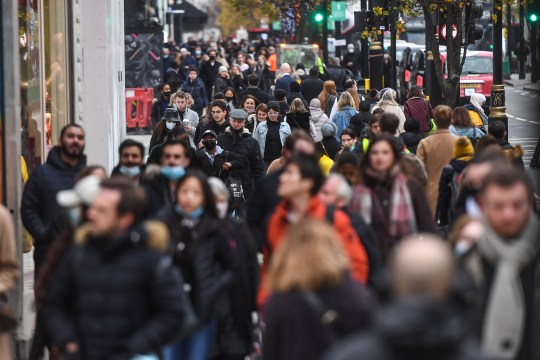 Readers say that the world is overpopulated (Picture: Getty Images)

■ Regarding the Cop27 summit (Metro, Thu), there is a scientific consensus that human activity is causing climate change and action needs to be taken to address it.

We need to move away from burning the fossil fuels that cause greenhouse gases – which lead to climate change – and that means moving to low-carbon energy sources. One of the best, if not the best, sources of low-carbon energy is nuclear and so it is critical that we invest far more in nuclear power. The UN Intergovernmental Panel on Climate Change says nuclear power is necessary to tackle climate change.

It was good to see the government clarify that Sizewell C nuclear power station, which will provide up to seven per cent of the UK’s electricity needs and be next to Sizewell B in Suffolk, is going ahead. It has also committed to building eight nuclear power stations, which is good news for the climate.

Nuclear energy will also provide energy security, the importance of which has been shown with the problems Europe faces after relying on Russian gas. Mark Dawes, by email 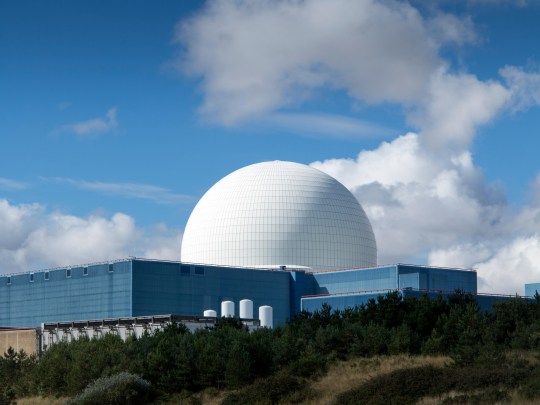 Another UK nuclear power station is hailed as ‘good news for the climate’ (Picture: Alamy)

■ I would like to think that if I saw somebody attacked I would do my best to protect them. Millions of people are dying each year because of climate change. At the same time, the government seems to be making the situation worse. I feel despair.

If I take part in non-violent direct action to try to make our government do what it must do, I risk being imprisoned. Is this right? Kate Taylor, South Gloucestershire

■ It’s an over-simplification for Adrian to say the pollution created in China while making his new phone or TV is actually his pollution – that we are effectively ‘outsourcing’ our carbon emissions (MetroTalk, Fri). If China is gaining from exports to western countries, it should also deal with the pollution created. Pritam, London

■ Going green is about personal responsibility. I am vegan, I don’t take planes, I take public transport. I have a renewable energy provider and I try to buy local and British. Just Stop Oil (Metro, Fri) is right to highlight the government’s failings to go green. Lisa, by email 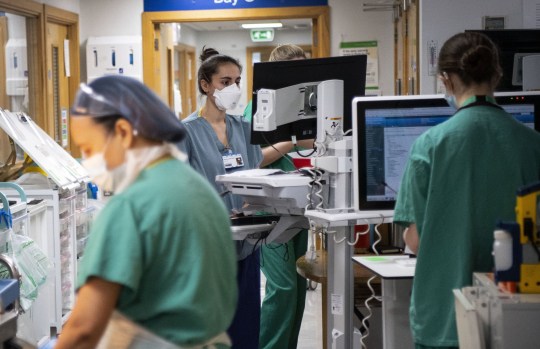 Readers have hit back against another’s claim that nurses should be happy with their lot (Picture: PA)

■ Just read Richard Freeman’s letter (MetroTalk, Mon) and was aghast! How you can claim that nurses are ‘greedy’ is beyond me. The hard-working and criminally underpaid NHS staff saved my life after a fall.

I had to be put into an induced coma and suffered broken synapses but I’m still here, thanks to our health system. I’m happy to pay more national insurance, as Withall (MetroTalk, Mon) suggests, to pay for their well-deserved, not ‘greedy’, pay rise. Sean Brady, Orpington

■ ‘Nursing is a vocation’ has been used for decades as an excuse for nurses’ poor pay. Johnny (MetroTalk, Fri) thinks that being abused is part of that ‘vocation’ when he states that nurses going on strike are ‘not really dedicated’ and ‘should never have joined the NHS’. Unpaid overtime, missing breaks and chronic staff shortages are a reality for nurses.

His comments are not only untrue, cruel and offensive, but he has insulted the memory of all healthcare providers whose dedication during the Covid pandemic cost them their lives. Does he believe putting your life at risk is part of our ‘vocation’? Sally Anne Smith, London 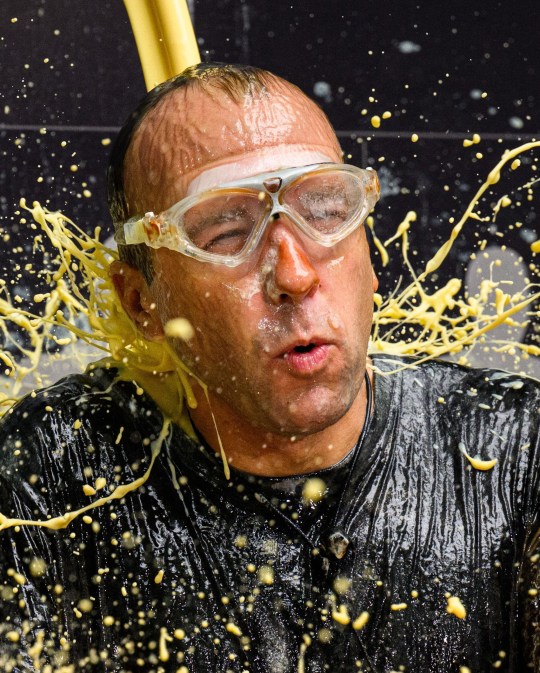 Sympathy for Hancock on I’m a Celebrity…

■ I reside in Australia and am engrossed in I’m A Celebrity… Get Me Out Of Here. I am, however, irritated by the number of whingeing Poms who keep voting for Matt Hancock to tackle those difficult tasks. I gather their reason is that he’s being blamed for unavoidable Covid-19 circumstances when he was your health secretary. They were government decisions and not Matt’s alone. So give the guy a break, you whingers! Len Victor, Perth

■ I was appalled by the answer in the Sex Column (Metro, Thu) telling the poor insecure man he is a sexist dinosaur for being upset his girlfriend had slept with all his mates before they got together. Flip it round: would you like a boyfriend who’d shagged all your friends? Molly Gilligan, London

■ Another ghost story. When my brother Alan died, I helped empty his house. The family had been in and out several times and never once set off the alarm. On the last night, I left and said out loud, ‘Well Alan, you’ve been very happy here.’ The alarm went off and I had to cut the wires to silence it. I’m convinced it was a message. Malcolm Hardy, Tyne & Wear

■ Is there anyone under 30 without a tattoo? I’ve yet to see one in Tenerife. Doug, South Wales

Start a text with VIEWS followed by your comment, name and where you live to 65700. Standard network charge applies. Or email [email protected] Helpline for Views: 020 3615 0600. Full T&Cs on metro.co.uk/terms Metro is a member of the Independent Press Standards Organisation. Comments may be edited for reasons of legality, clarity or space.