It’s a mixed bag today, as readers wonder whether Rishi can set the ship straight, whether art should be destroyed and, of course, more ghostly tales…

■ Please, please, please let Rishi Sunak be a success as prime minister. This country needs stability after the mess of Brexit and Boris Johson. We need to come together to get this country back on line. Go, go Rishi!
Bob Jones, Kidbrooke

■ Mr Sunak said on the steps of Downing Street that he would govern with ‘integrity and humility’. His use of those two key words is a very clear signal that he intends to govern in a different way from Mr Johnson. Integrity is defined as ‘the quality of being honest and having strong moral principles’, while humility is ‘the quality of having a modest or low view of one’s importance’.

Mr Johnson showed neither of those two important qualities when in power, which is why Sunak’s choice of those words is significant. He clearly wishes to distance himself and his government from the Johnson era. By doing so, he is signalling a new approach to governing.

This is a very welcome development – it represents a break from the past and the dawning of a new era of trust in our political system.
Alan Jensen, West Hampstead

■ I am surprised to hear talk regarding the ethnicity of our new PM. I hadn’t even considered this matter. To me, he is a man and our PM. It is time we no longer see different skin types and time we started seeing the real person beyond. We are all people.
Anne Tamulonis, Cambridge 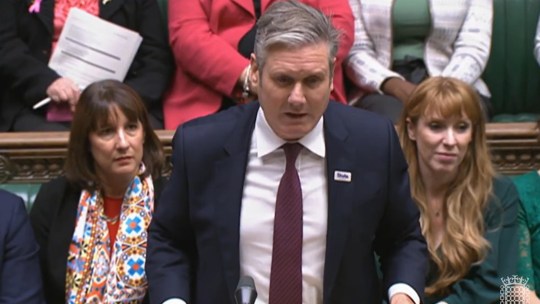 ■ Why, when the country is said to be in turmoil, do opposition parties ask for a general election? This would in effect create a period without government and thus prolong the turmoil.
David, London

■ It was clear from the summer leadership race that Sunak was the only viable candidate, because he is financially competent. He’s our youngest PM in 210 years, soI hope we get out of a downward cycle of policies taken in the interests of only older people.
Julia, Mitcham

■ I don’t understand how anyone can think the Tories are a better choice than Labour. Apart from the rich, we’re all worse off. Brexit is a disaster, and don’t get me started on the recent PM shenanigans.
Tom, Lewes

Riddle of Braverman’s return to office 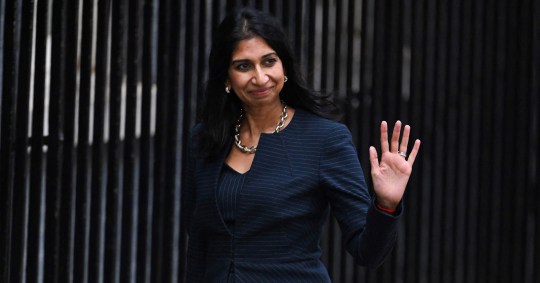 A week after resigning as home secretary, Suella Braverman was reappointed to the post (Picture: Getty Images)

■ There are a two conclusions we can take from the reappointment of Suella Braverman as home secretary. Either she was being a hypocrite when she said ministers had to take responsibility for their actions after she resigned for breaking the ministerial code over email security or she was fibbing when she said it was breaking the code that led her to resign.
Pedro, Hammersmith

Blame Thatcher for ruinous changes to how NHS funded

■ James Bradshaw says Tony Blair was our worst prime minister because of his privatisation initiatives in the NHS (MetroTalk, Wed). Mr Blair was only continuing what the Tories had started.
Jack, Musselburgh

■ I partly agree with James Bradshaw – private finance initiatives in the NHS should never have been introduced. However, the real rot started when Margaret Thatcher pushed for trusts (introduced under John Major in 1991), assuming that hospitals would run like businesses. The constant changes and reforms since then have cost the NHS a fortune, with only business consultants and outgoing senior NHS staff benefitting from them.
Martin, London

Teddies and boots that go bump in the night…

■ To add to the ghost stories being shared on MetroTalk. When my brother was five, he woke up one night crying. When my father asked him why, he pointed to the corner and said there was a little boy who was wet and covered in green stuff and was calling him. The next morning, a child was found drowned in the canal.
Ann, Richmond

■ This happened when I was young in my country of origin during wartime before we moved to England. One late night, our family was in the back living room when we heard loud footsteps on the cement floor in the dark, front sitting room, walking towards the doorway. The footsteps were heavy and echoing, sounding like army boots. Mum asked, ‘Who’s that?’ My brother looked into the front sitting room. Nobody was there.

The next day, my cousin told Mum his older brother had died the day before. Mum told him, ‘So, that was him then. We heard his footsteps.’
Peter, Birmingham

■ In my bedroom I had a shelf with Mum’s teddies stacked together in a row. They had been there for months.

One night I woke to a thud. I noticed what time it was but went back to sleep. The next morning I found Mum’s favourite teddy on the floor. It had fallen exactly six months to the hour since she died.
Sarah, Mortlake

■ Regarding the poll on worst nightmares on public transport (Metro, Wed), I had to endure a sniffer every ten seconds this morning on my bus journey.
Geri, Morden

■ As well as feet and bags on seats, and manspreaders etc,I hate consistent sniffers. Use a tissue and blow your nose. AlsoI hate people talking loudly on their phones and, during the holidays, parents letting their children watch Peppa Pig and Dora The Explorer at full blast on their tablets.
Kev, Suffolk

■ I hate travelling on trains now. People play music and videos without earphones. There are also loud phone conversations – and you can also hear the person they’re talking to. The calls aren’t quick – they often last for more than 30 minutes.
Glen, Belvedere

■ Snoring on the train, breathing loudly with headphones in.
Emma, Cambridge 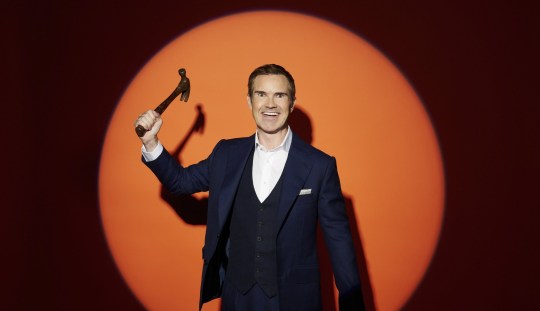 ■ Jimmy Carr is absolutely out of order. On his show Jimmy Carr Destroys Art on Channel 4 on Tuesday, he asked the audience whether works by the likes of Adolf Hitler, Picasso and Rolf Harris should be destroyed. In the end, the Harris artwork was saved and Hitler’s was wrecked.

It doesn’t matter who the artist is, it’s about the art, it’s history. He’s no better than the thugs who destroyed ancient art in Afghanistan. Shame on you, Jimmy Carr, and shame on those who took part in your outrageous programme.
Withall, by email

■ Heather says it was wrong for Metro to refer to Miriam Margolyes as a ‘national treasure’ (MetroTalk, Wed) but then lists all of her best qualities – obnoxious, cantankerous and filthy-mouthed!
Aidan, Dartford

■ Who knew that a national treasure had to be squeaky clean? What a boring world that would be. I love Miriam Margolyes – she speaks more common sense than any Tory MP!
Mike, Burgess Hill

■ I listened to Margolyes on Louis Theroux’s Grounded podcast and my respect for her went off a cliff. She’s a vulgar woman.
Andy, London

Start a text with VIEWS followed by your comment, name and where you live to 65700. Standard network charge applies. Or email [email protected] Helpline for Views, Rush-Hour Crush and Good Deed Feed: 020 3615 0600. Full T&Cs on metro.co.uk/terms Metro is a member of the Independent Press Standards Organisation. Comments may be edited for reasons of legality, clarity or space.