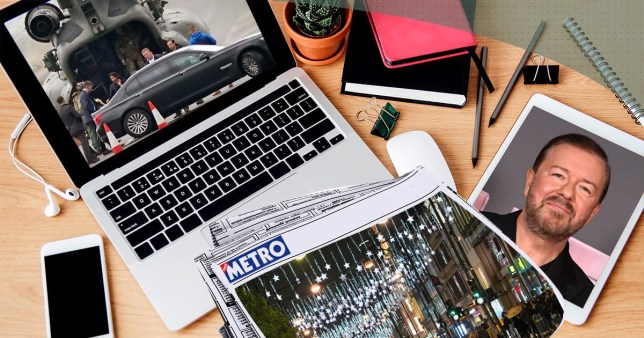 This is what got readers talking today (Picture: Getty/PA/Metro.co.uk)

Suella Braverman turning up at the Manston migrant facility in a military helicopter has readers shocked. Christmas lights also come under fire.

■ Did home secretary Suella Braverman really need to travel from Dover to the Manston migrant processing centre in Kent in a Chinook (Metro, Fri)? It reportedly costs £3,500 an hour to fly the helicopter and Manston is 19 miles from Dover. What a waste of taxpayers’ money, fuel and the RAF’s time. Furious Tricia, Valencia

■ Exactly where did Cruella Braverman and her forebears hail from? Were they subjected to the inhumane conditions that are being endured by migrants at Manston? Ms Braverman is a barrister yet she has no sense of justice or humanity.

She has singled out Albanians when discussing the rise in Channel crossings. Albanians were happy to welcome Lord Byron into their midst when he visited their country at a time when the British were pillaging the rest of the world. In the wake of Brexit, I daresay we’ll call on the skills of Albanians to ensure we have something to eat. Christina T, via email

■ What a complete and utter waste of taxpayers’ money flying Suella Braverman in a Chinook. Especially in today’s climate, when people are struggling to put food on the table. Brian, Bermondsey 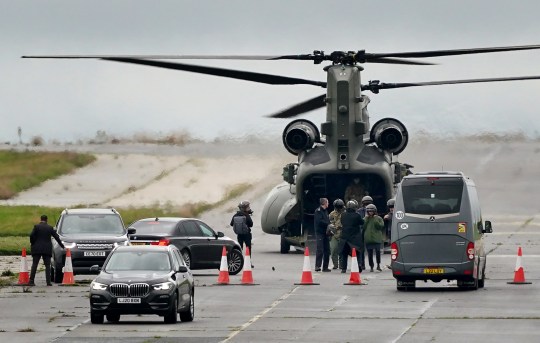 ■ Before being nationals of any country, people are people. There needs to be heart and foresight at the centre of dealing with refugees. Rita, London

■ Maybe we should find out who is selling the dinghies with motors that migrants are crossing the Channel on. Maureen Tilford, Finchley

■ To the new health secretary Steve Barclay. It’s time you started paying NHS workers a realistic wage rather than forcing them to leave because of such stressful working conditions.

There’s a huge NHS shortage and the harder NHS workers are forced to work, the more they will leave and take up better-paid jobs elsewhere. It’s a dangerous and unacceptable downward spiral. There are around 7million in England waiting for NHS treatment and many of them will die before receiving it.

Nurses should not have to go to food banks to survive.

Now it seems the plan is to privatise the NHS. That would be the final straw. Can you really wonder why intelligent folks are turning their backs on the Conservative Party? Adrian Appley, by email 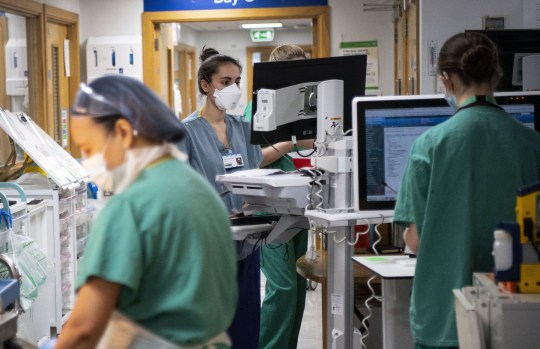 Nurses should be paid better for their vital work, says Adrian (Picture: PA)

Talk of scrapping HS2 is really going off the rails

■ I love the MetroTalk pages, but I despair at some of the bilge letters.
Take Lynda Davies and her rant about scrapping HS2 to deal with the country’s £40billion black hole (MetroTalk, Thu). Has she taken leave of her senses? At this stage of the construction, it would cost more than that to pay off the legally binding contracts and to restore the land to its former owners. Ye Gods, some folk have no idea!

I could go on about the benefits of HS2, including taking more lorries off the roads by increasing the capacity for freight trains to run on the West Coast Main Line, but there is not enough room in your pages for me to put the record straight. I Robertson, Hailsham

■ If HS2 really is going to cost billions of pounds, that money would be better invested in renewables, including nuclear. This would be a better return than saving half an hour on a train journey – and better than going cap-in-hand for fossil fuels from dictators, despots and devils. Hakim Miah, via email

’Tis the season? Not yet

■ The Christmas lights in London’s Oxford Street were switched on on November 2. It was announced that, to save energy, they will only be on during 3pm-11pm each day, rather than 24/7, like last year.

We are hardly into November and I would have thought that a better means of saving energy would have been to have left the lights until much later.

The Americans have got it right: Thanksgiving is on the fourth Thursday in November and pushes Christmas to where it belongs – in December! Mike Morfey, Streatham 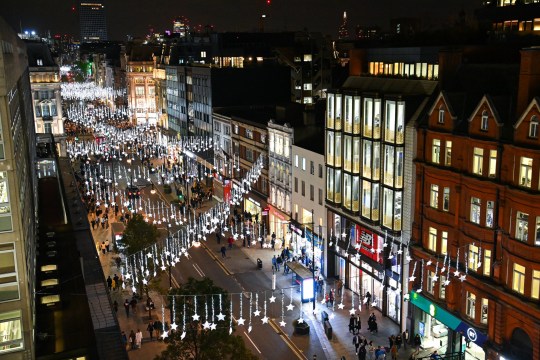 Do we need Christmas lights in November? (Picture: PA)

■ On the subject of Bounty bars being removed from tubs of Celebrations in a trial (MetroTalk, Fri). It’s a disgrace they are being taken out and a sham that the imposter of a Malteser gets to stay. Save the Bounty! Bob Jones, Kidbrooke

■ Bounty bars being removed from Celebrations really has caused quite the uproar. Might one call those who enjoy them Bounty hunters? Ash, Sussex

■ Regarding the tales of ghosts, billions of people have cameraphones, yet we still don’t have any definitive footage of them. Hmmm. Steve, Hertfordshire

Start a text with VIEWS followed by your comment, name and where you live to 65700. Standard network charge applies. Or email [email protected] Helpline for Views, Rush-Hour Crush and Good Deed Feed: 020 3615 0600. Full T&Cs on metro.co.uk/terms Metro is a member of the Independent Press Standards Organisation. Comments may be edited for reasons of legality, clarity or space.