Government officials, including Boris Johnson, were previously sent a question and answer sheet by the Met (Picture: Reuters)

Civil servants will be told how many people get fined for each Partygate event but only the police will know the details of who, it is understood.

The Government is facing accusations of holding and attending multiple rule-breaking parties while the UK was under coronavirus restrictions.

On top of the probe carried out by civil servant Sue Gray and her team, Scotland Yard is currently investigating 12 alleged events.

It has so far been unclear whether the public will be informed about the Metropolitan Police’s findings, but a question and answer sheet sent to ministers said civil servants will be told how many people get fined for each event.

But the sheet, seen by The Telegraph, also seems to confirm the people who get fined – if any – will not be publicly named.

One line reads: ‘The MPS (Metropolitan Police Service) approach during the pandemic has been to confirm the number of FPNs (fixed penalty notices) issued at particular events and to explain what those FPNs were issued for.’

In other words, anyone fined for breaking coronavirus rules while in Government will get the same treatment the general public have over the last two years.

The Q&A form also revealed staff who are struggling because of the accusations ‘should speak to their line managers if they need time off’. 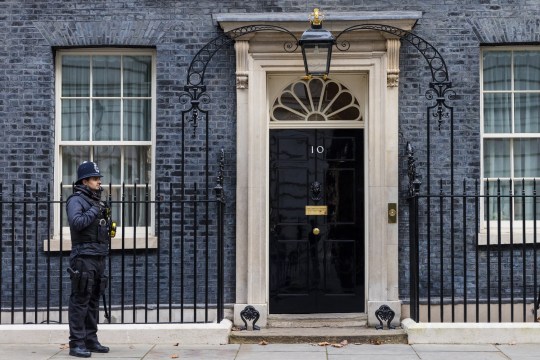 The Met said the questionnaires ask for an ‘account and explanation of the recipients in an event’ and have ‘formal legal status and must be answered truthfully’.

Those who received the forms last week, including Boris Johnson, were told they have seven days to respond.

Downing Street would not say whether the letter was questioning him over one or more events.

Of the 12 alleged events, the prime minister is said to have shown his face at six of them.

Although he expected to admit this, it is believed he will argue that he was attended gatherings for work purposes – to give farewell speeches for example – and had nothing to do with any supposed partying afterwards.

A source told The Times: ‘Saying goodbye to staff is part of working life.’

One of the most controversial events was an alleged ‘victory party’ Carrie Johnson is accused of holding at 10 Downing Street, after former adviser Dominic Cummings left on November 13, 2020.

Abba songs were reportedly played during the night.

Mr Johnson is believed to have hired a private lawyer to help him argue his ‘unique’ situation – where No 10 is a workplace as well as a home.

Both the opposition and some of Mr Johnson’s own MPs have called for the prime minister to resign.

Mr Johnson, who has apologised for ‘things (the Government) simply didn’t get right’ but has denied knowingly breaking any coronavirus rules himself.