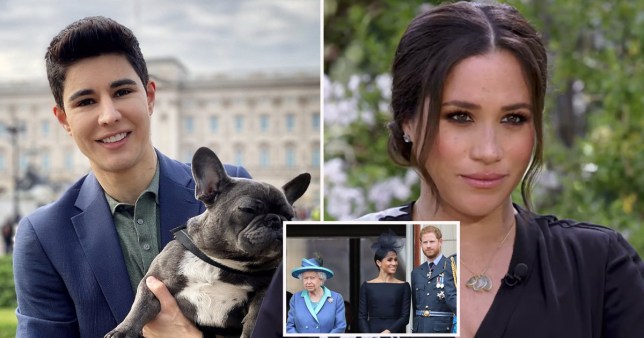 Friends of Meghan say bullying claims are an ‘ugly bid to destroy her’ (Picture: SWNS/CBS/Getty)

Meghan Markle’s friends have rushed to her defence amid a bullying row with Buckingham Palace.

Colleagues who worked with the duchess before she joined the royal family described her as ‘kind’ and ‘loved by everyone’ after details of bullying allegations were leaked to the press.

One close friend suggested the fallout is fuelled by racism, telling Harper’s Bazaar: ‘I hate to say it, but find me a woman of color in a senior position who has not been accused of being too angry, too scary, too whatever in the workplace’.

The friend, who spoke to royal editor Omid Scobie on the condition of anonymity, added: ‘It’s sad that it’s happening, but I’m not surprised. These claims are so far from the woman I know.’

Buckingham Palace confirmed on Wednesday that they would launch their own probe over bullying allegations made against Meghan in 2018.

Meghan and Harry’s reps called the claims a ‘calculated smear campaign’ based on ‘misleading and harmful misinformation’.

The row intensified today as reports claimed Meghan clashed with royal aides over wearing designer dresses and one one occasion reduced a staff member to tears by ‘hissing’ at her during a tour in Fiji. 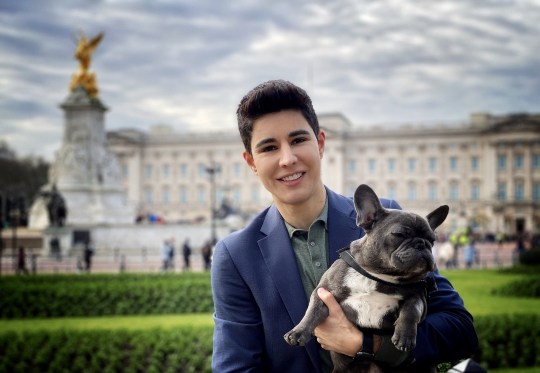 Meghan and Harry strongly deny all the allegations against her, which arose amid heightened tensions ahead of a highly anticipated tell-all interview with Oprah Winfrey on Sunday.

According to the report in Harper’s Bazaar, the couple knew that things ‘would get ugly’ in the run up to the Oprah interview, which will see them open up about why they left the royal family.

But friends said such an ‘obvious attempt at destroying Meghan’s character’ has left her ‘distressed and upset’ as they jumped to her defence.

One of Meghan’s friends, who has known her for 10 years, said: ‘I know that Meg would feel awful if she knew that someone felt that way about working with her, but I also know that no one ever approached her about anything like this at all during that time. I have never known her to be anything but kind and considerate to her friends and colleagues.’

Former co-workers have also rubbished the bullying claims on Twitter.

TV writer and activist Angela Harvey tweeted: ‘Worked on a set in Toronto when Meghan was on Suits. The ADs, PAs, and other crew on my show who had also worked with her loved her. LOVED. Set dynamics being what they are… I do not believe this bullying narrative for a microsecond.’

Another writer Jon Cowan, said: ‘It’s also possible the Duchess of Sussex is a good person thrust into an unimaginable world. Having spent 3 years working with her in her pre-Duchess days, I saw a warm, kind, caring person. I know nothing of her current situation but she gets the benefit of the doubt in my book.’

The bullying allegations were made about the former Suits actress in October 2018 by Jason Knauf, then serving as the Sussexes communications secretary.

The Times newspaper reported the duchess ‘destroyed’ one member of staff and another was left in tears before she departed.

The claims emerged days before Meghan and Harry are set to lift the lid on life in the ‘firm’ in what is expected to be an explosive interview during which ‘no subject will be off-limits’. 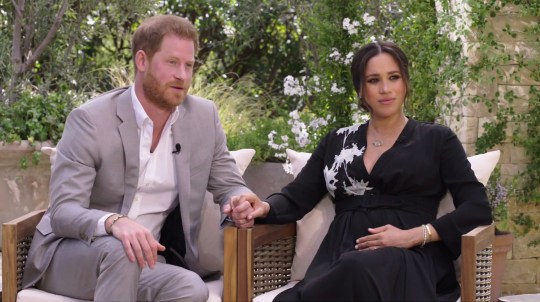 The bullying claims emerged ahead of a tell-all interview (Picture: CBS)

In a new trailer released today, Meghan accuses the royal family of ‘perpetuating falsehoods’ against her and says she could not be expected to stay silent.

In response to the Times article, a spokesman for the couple suggested it was a plot to damage the duchess’ reputation ahead of the Oprah interview.

The representative said: ‘Let’s just call this what it is — a calculated smear campaign based on misleading and harmful misinformation. We are disappointed to see this defamatory portrayal of the Duchess of Sussex given credibility by a media outlet.

‘It’s no coincidence that distorted several-year-old accusations aimed at undermining the duchess are being briefed to the British media shortly before she and the duke are due to speak openly and honestly about their experience of recent years.’

Buckingham Palace later responded saying they would probe the allegations themselves.

Their statement said: ‘We are clearly very concerned about allegations in The Times following claims made by former staff of the Duke and Duchess of Sussex.

‘Accordingly our HR team will look into the circumstances outlined in the article. Members of staff involved at the time, including those who have left the household, will be invited to participate to see if lessons can be learned.’