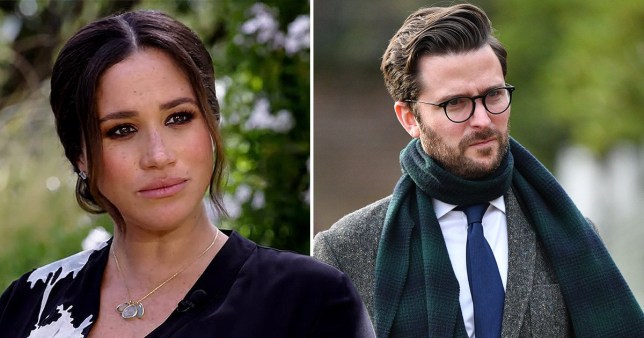 New claims about the Duchess of Sussex’s time as a Royal have emerged ahead of her interview with Oprah airing (Picture: CBS/Rex)

Meghan Markle was the subject of a bullying complaint during her time at Kensington Palace in which she was accused of ‘driving out’ two members of staff, it has been claimed.

The Duchess of Sussex’s team has hit back at the latest revelations calling it ‘an attack on her character’ just days before she’s set to reveal all in a long-awaited interview with chat show host Oprah Winfrey.

The complaint was made in October 2018 by Jason Knauf, then the Sussexes’ communications secretary, the Times newspaper reported.

He claimed Meghan had allegedly driven two personal assistants out of the household and was undermining the confidence of a third staff member, the newspaper said.

Extracts of the complaint printed by The Times allege there had been ‘report after report’ of ‘unacceptable behaviour’ towards a member of staff by Meghan.

But, in a sensational response, the newspaper reported that Meghan’s team has accused Buckingham Palace of orchestrating a smear campaign.

Asked about the report, Meghan’s spokesman said: ‘The duchess is saddened by this latest attack on her character, particularly as someone who has been the target of bullying herself and is deeply committed to supporting those who have experienced pain and trauma.

‘She is determined to continue her work building compassion around the world and will keep striving to set an example for doing what is right and doing what is good.’ 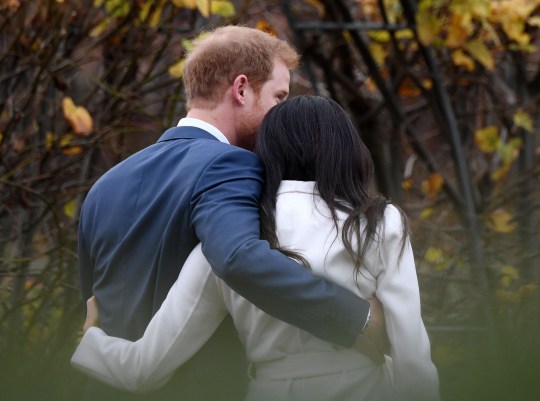 Meghan is said to be ‘saddened’ by the allegations (Picture: Rex)

Buckingham Palace did not comment and no-one from Kensington Palace was available for comment on Tuesday night.

The report comes ahead of Meghan and Harry’s Oprah interview airing on CBS on Sunday night.

ITV has reportedly won the bidding war to air the interview in the UK on Monday in a deal said to be worth around £1 million, according to MailOnline.

The royal household will be braced for the show’s revelations as the couple discuss their life within the royal family and their exit from the working monarchy. 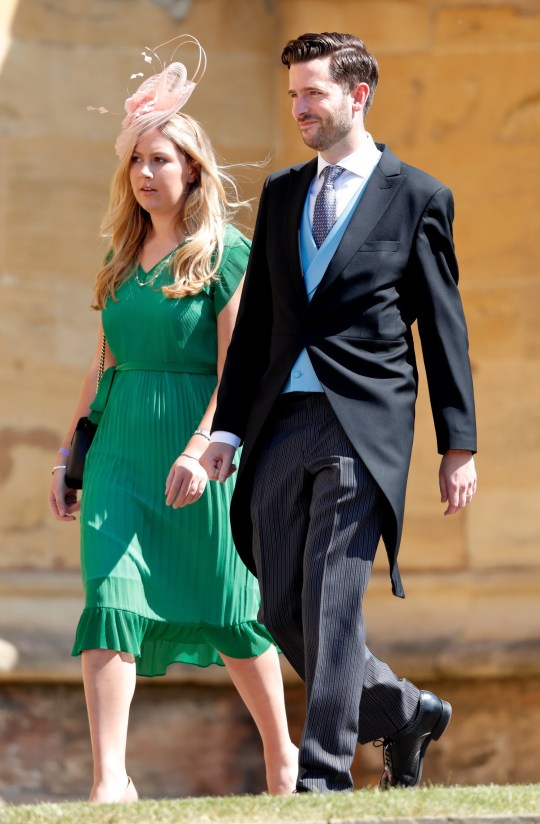 Jason Knauf made the complaint against his former boss (Picture: Getty Images Europe)

In dramatic promo clips, Winfrey asks Meghan if she was ‘silent or silenced’, with the duchess’s answer not revealed.

In response to a comment by the duchess, Winfrey asks: ‘Almost unsurvivable. Sounds like there was a breaking point?’

Harry is seen saying of his mother, Diana, Princess of Wales, while holding Meghan’s hand: ‘I’m just really relieved and happy to be sitting here, talking to you, with my wife by my side, because I can’t begin to imagine what it must have been like for her (Diana), going through this process by herself, all those years ago.’

At one point in the trailer, Winfrey tells viewers: ‘Just to make it clear to everybody, there is no subject that is off-limits,’ as Meghan nods in agreement. 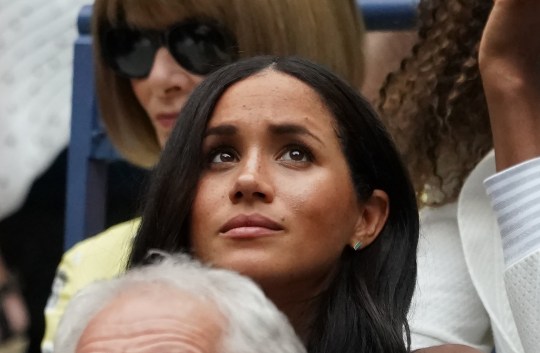 Meghan was said to have ‘driven out’ two members of staff (Picture: Getty)

A PR expert has described the timing of the interview, with the Duke of Edinburgh currently unwell in hospital, as ‘horrendous’.

Public relations and crisis consultant Mark Borkowski warned that Harry and Meghan are at risk of a ‘real reputational mess’ if they go ahead with the broadcast in the US on Sunday and said it should be postponed.

Harry’s grandfather Philip, 99, spent nearly two weeks in the private King Edward VII’s Hospital before being transferred to St Bartholomew’s Hospital on Monday for tests on a pre-existing heart condition.

MORE: How can I watch Harry and Meghan’s Oprah interview in the UK?