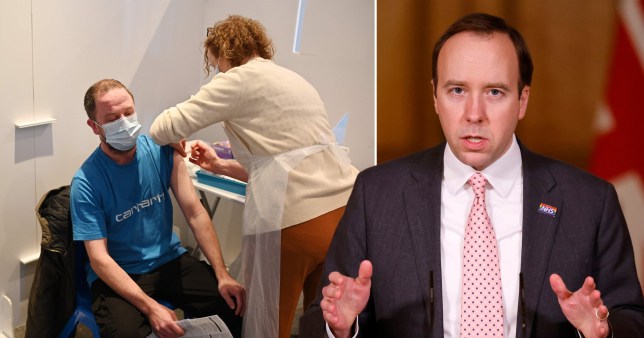 Matt Hancock will host a Downing Street press conference this evening as the next stages of the vaccine rollout are confirmed.

The Health Secretary will appear in front of the cameras at 5pm alongside scientific and health experts.

He’s expected to outline who will be next in line to receive the jab after the top nine priority groups are all vaccinated.

More than 21 million adults under 50 in the UK are waiting to find out when they can expect to be invited to book an appointment and get their vaccine.

The Joint Committee on Vaccination and Immunisation is expected to announce its proposed strategy this morning and then ministers can choose to accept or reject the recommendations.

The rollout has so far targeted older people, healthcare workers and those with underlying conditions.

It could proceed along age lines with those between 40 and 50 invited to receive their jabs next followed by the 30 to 40 age group and then the under 30s. Children are not currently being vaccinated.

Some have been calling for more at-risk groups to be called upon first, including teachers and other public-facing workers like bus drivers. 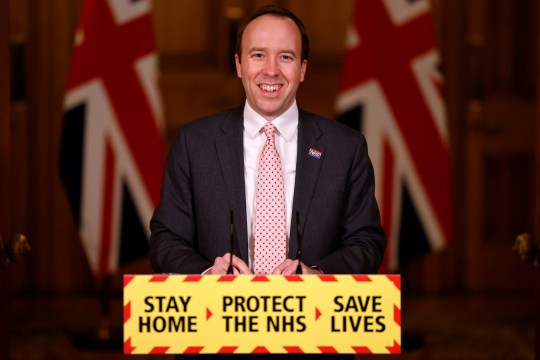 Matt Hancock will announce who will be next in line for the vaccine (Picture: Getty)

However, Government sources told the Mirror this is unlikely and key workers will have to wait until their age group comes up.

Others have speculated that prison inmates and staff will be vaccinated en masse after the virus spread rapidly through several prisons earlier this year.

This morning Justice Secretary Robert Buckland said while prisoners will not be prioritised over other groups, he also emphasised the need for speed and for protecting prison staff. 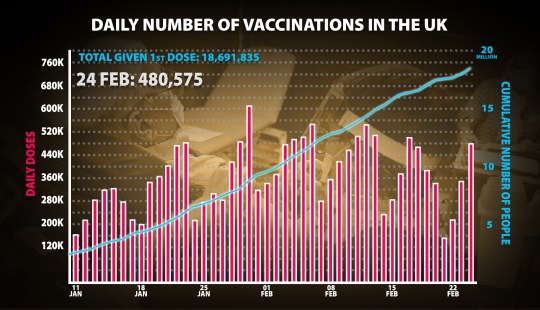 ‘What is clear is that the need for speed is everything here. I will be supporting anything that gives us speed and maximises the impact that it has.

‘Prisons are a closed environment, like care homes. I have got to think about the welfare of staff. I am particularly anxious to make sure that prison staff get the vaccine.

‘I very much hope the JCVI will reinforce that message and allow ministers to make that informed decision as soon as possible.’

David Salisbury, a former Director of Immunisation for the government, told the BBC he backs an age-based approach.

He told Radio 4’s Today programme: ‘I’d hate to think vaccine gets wasted because there are not people to match every dose.’

He added: ‘The logical prioritisation is to use age which is so much more demonstrable than saying ‘my job is this or my job is that.

‘So whilst I do have a view that some occupations may justify some prioritisation, logistically the straightforward way to do it is through an age-based approach.’

As of yesterday, nearly 18.7 million people in the UK have had at least one dose of the vaccine.

But, ever since the Government set its target of vaccinating 15 million by mid-February, the pace of the roll out has slowed.

On Sunday, it was announced that more than two thirds of people aged between 65 and 69 in England have had their first dose of a coronavirus vaccine just a week after invitations went out.

There are more than 100 mass vaccination centres across the country and 200 pharmacies helping with the vaccine rollout alongside GP practices.