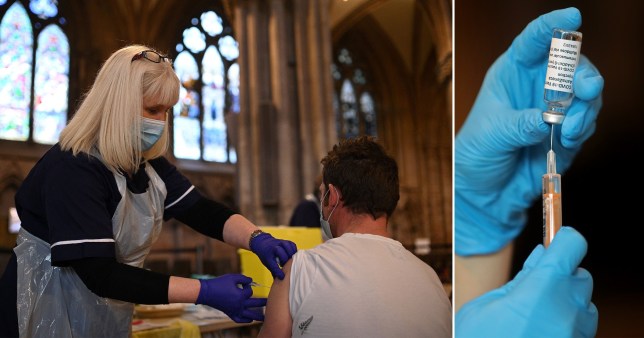 More than 30 million Covid vaccines have now been administered across the UK (Picture: Getty Images)

More than 30 million Covid vaccines have now been delivered across the UK, Government data has revealed.

As of Sunday night, there have been 27,997,976 first doses of Covid vaccines given out across the country, while 2,281,384 second doses have been administered.

Today Health Secretary Matt Hancock thanked everyone involved with the vaccine rollout as he celebrated the number on social media. He tweeted: ‘Over 30 million vaccines have now been delivered across the whole UK. The vaccine rollout is showing the best of Britain – thank you to the team involved.’

He also praised the ‘fantastic work’ and ‘huge team effort’ which led to more than 1.8 million Covid tests taking place on Sunday.

Government data showed that the lowest amount of daily Covid deaths since September 13 was recorded on Sunday, after 16 people died with the virus. The number of reported deaths is typically lower over the weekend due to a lag in recording data.

There were also 440 people admitted to hospital with the virus in the 24 hours previous, bringing the total number of Covid patients currently receiving treatment to 6,162. Of these, 830 require ventilators.

The vaccine roll-out is showing the best of Britain – THANK YOU to the team involved. pic.twitter.com/YGV7llxyGQ 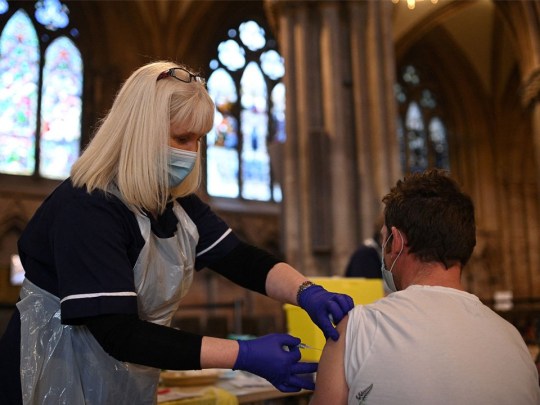 Earlier this week it was reported that more than half of UK adults have now received at least their first dose of a Covid vaccine. The Government intends to have all adults in the country vaccinated by July 31.

However, today Boris Johnson warned that the UK should be ‘under no illusions’ that a third wave of Covid-19 infections sweeping across Europe will ‘wash up on our shores as well’.

The Prime Minister stated that would expect the UK to soon ‘feel the effects’ of the surge in infections, which has already forced a number of countries in Europe to reimpose strict lockdown measures.

A month-long partial lockdown was reintroduced in a number of regions across France over the weekend, including Paris, while Germany could be set to extend the country’s national lockdown into April. 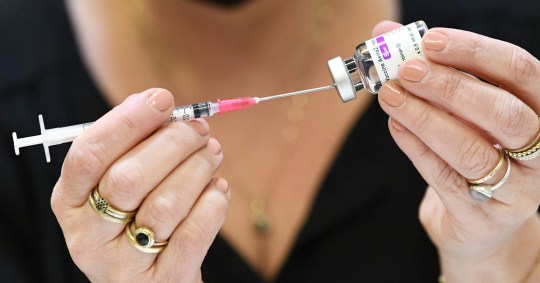 More than half of all adults have had a vaccine (Picture: Getty Images)

Speaking in Preston today, Johnson said he still intended to ‘bash on’ with the Government’s roadmap out of lockdown, and emphasised the need for international co-operation on vaccines.

Von der Leyen has previously threatened to block exports of jabs from the EU to countries with higher vaccination rates that do not offer reciprocal supplies of vaccine.

‘Competitiveness’ Was an Issue for Me, Chris Pratt