THIS is the moment a mask-less thug attacks a Co-op worker who asked him to wear a face-covering inside the store.

Footage shows the aggressive customer confront the shop assistant before storming out. 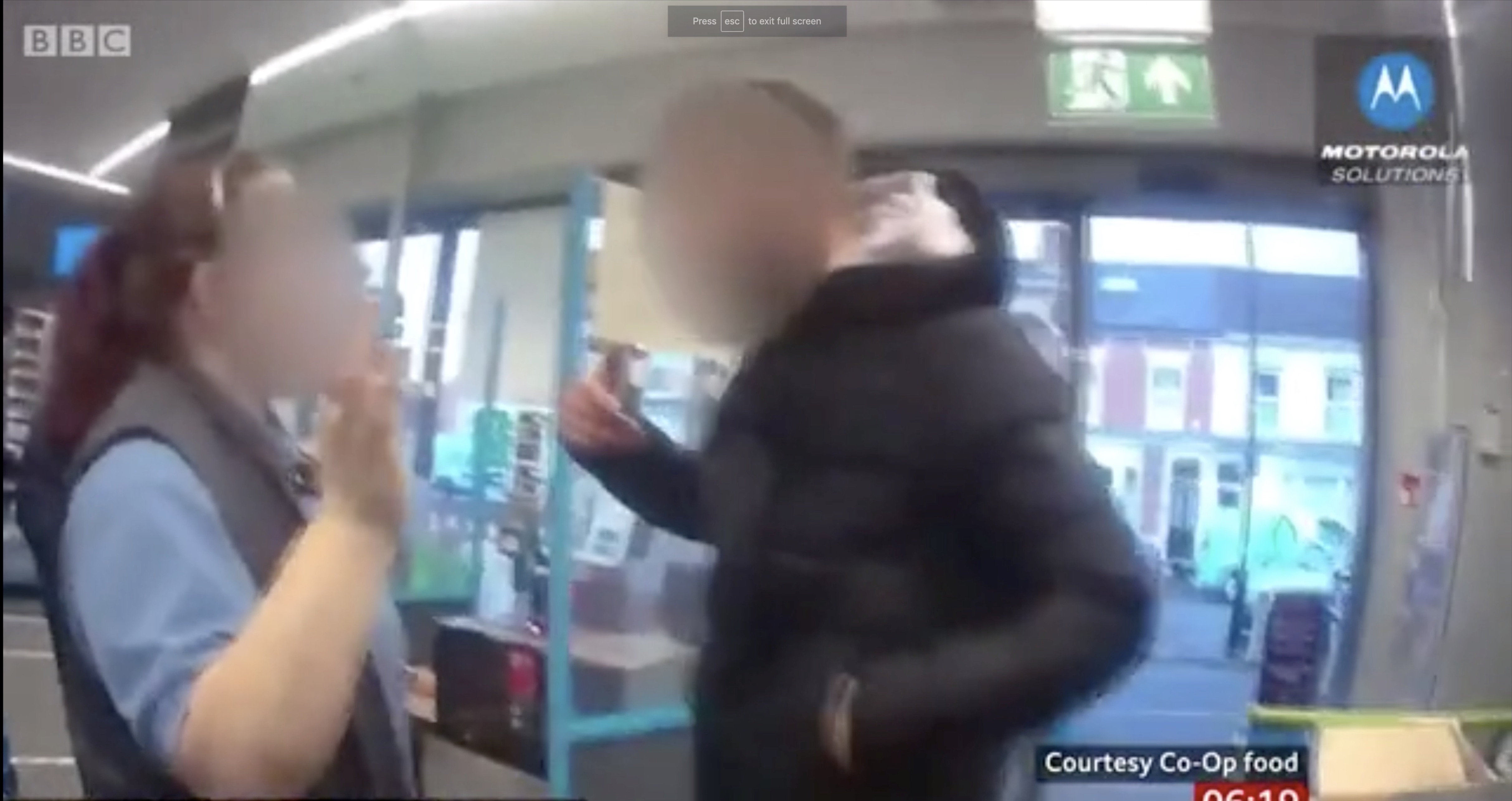 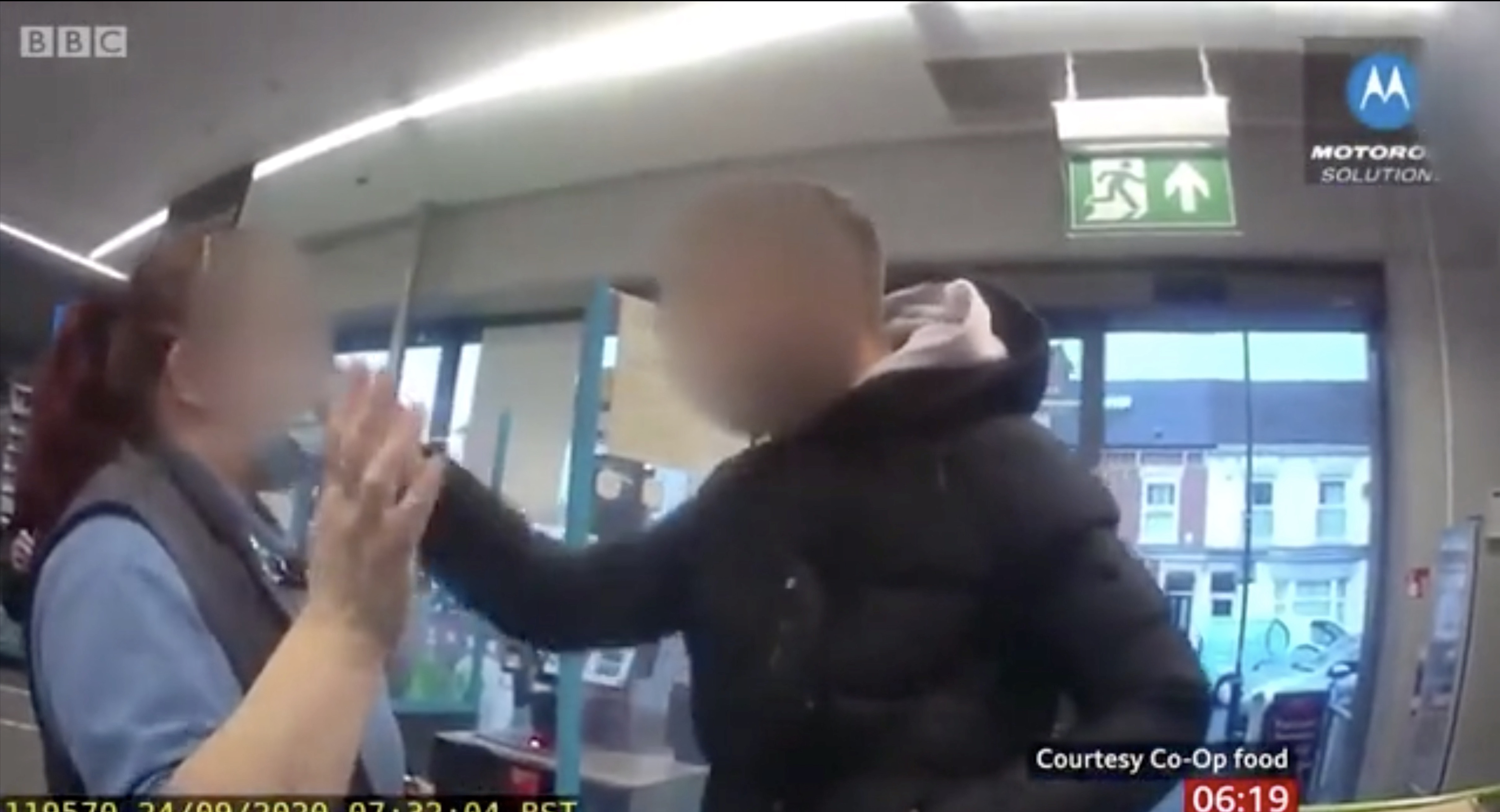 In the video, taken at an unknown Co-op branch on September 24, the shop assistant tells the shopper to “get out right now” as he squares up to her.

The thug screams “why are you touching me” – before flicking the shop assistant in the face and walking out of the store.

He later pleaded guilty to breaching Covid regulations alongside other offences and received a fine, according to the BBC.

Tesco, Asda, Sainsbury’s, Morrisons and Waitrose have all banned customers from entering their stores without a face covering – unless they have a medical exemption.

Sainsbury’s have also introduced bouncers at the door of supermarkets to ensure Brits are following the rules.

But owners of smaller stores have warned that they do not have the resources to take similar measures.

Who is exempt from wearing a face mask?

THE following groups of people don’t need to wear a face mask when in a public place:

Paul Cheema, manager of Malcolm Stores in coventry, told BBC Breakfast, who obtained the Co-op footage: “As an independent retailer I haven’t got the funds like the big supermarkets to employ a security guard at the front door.

“And if you look at the estate of independent retailers across the country, we just don’t have the funds to do that.”

Shop workers have complained that they are increasingly on the receiving end of abuse from customers refusing to cooperate with coronavirus regulations.

The Force has said that officers will “move quickly” to issue £200 fines for those unable to produce a valid reason for not wearing a face mask.

But police chiefs have warned that forces don’t have enough officers “to stand at every supermarket”.

West Yorkshire Police Federation chairman Brian Booth said: “If there is an ongoing crime, an assault or danger to someone that must be the priority but we just don’t have the resources to stand at every supermarket.”