It was a day of horror for the people of Mariupol as shelling bombarded the city (Picture: AP)

Saturday was meant to be a day of peace for the citizens of Mariupol and Volnovakha.

Following days of intense warfare, a ceasefire agreement had been reached to allow for the safe evacuation of residents.

But heavy shelling from Russia began again this morning, causing confusion and chaos across both cities.

And there were heartbreaking scenes in a Mariupol hospital.

Marina Yatsko and her boyfriend Fedor had been photographed sprinting into the emergency ward, Fedor carrying a small, bloodstained bundle.

Inside was their 18-month year-old son Kirill, who had been badly injured in the shelling.

Despite their best efforts to save the toddler, medics were unsuccesful.

As Kirill’s life slipped away, exhausted hospital staff had just a moment to recover from the trauma before there was another emergency on their hands. 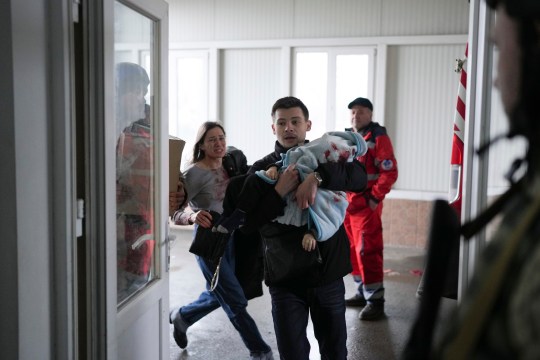 Marina Yatsko, left, runs behind her boyfriend Fedor and 18 month-old son as they arrive at a hospital (Picture: AP) 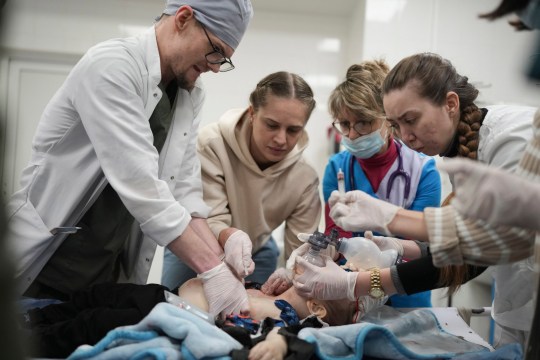 Medical workers try desperately to save the life of the injured Kirill amid a day of chaos (Picture: AP) 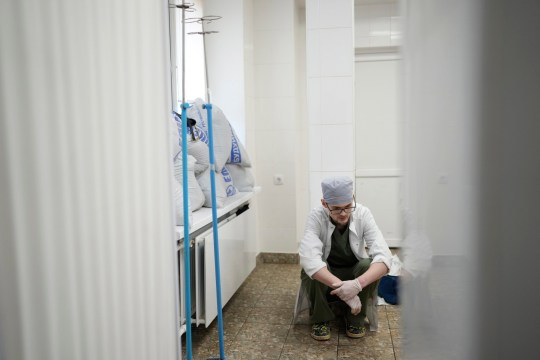 Hospital staff had barely a moment to recover before being tasked with their next patient (Picture: AP)

In another image too graphic to publish, Marina and Fedor can be seen grieving next to the lifeless body of their son.

Fedor stands with a hand over his mouth as Marina tucks her son’s blue blanket around his body one final time.

Kirill’s death comes as 351 civilians are confirmed to have died in Ukraine since Russian troops invaded on February 24.

Another 707 have been wounded, according to a UN monitoring mission.

But the real numbers are thought to be ‘considerably higher’ given the difficulty in reporting figures amid the uncertainty in densely populated areas.

Ukraine’s foreign ministry has said Russia was in ‘gross violation’ of its agreement to open up humanitarian corridors today. 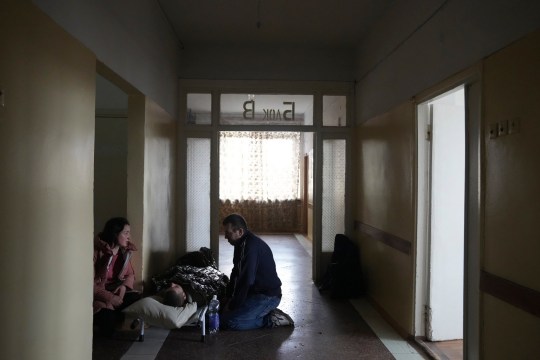 People sit next to a man wounded by shelling as he lays on a stretcher in a hospital in Mariupol on Thursday (Picture: AP) 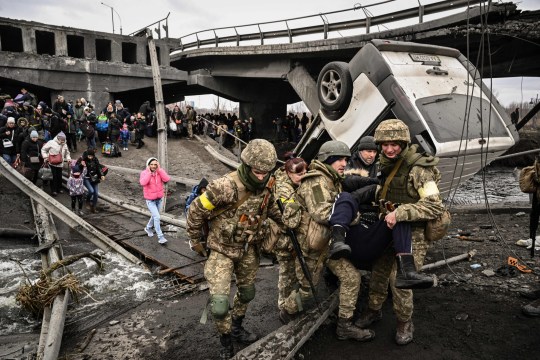 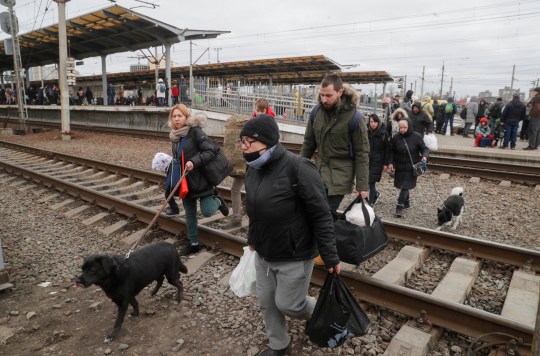 People cross the railway tracks as they try to board an evacuation train at a railway station in Kyiv today (Picture: EPA)

Ongoing shelling has made it impossible to safely evacuate citizens – and it has also hampered the delivery of medicine and food into the region.

Tens of thousands of people were meant to be evacuated during a five hour window today.

In the city of Irpin, a soldier carried a baby over a destroyed bridge to get it to safety.

Hundreds gathered under the bridge as they waited for safe travel.

Mariupol’s deputy mayor Serhiy Orlov told the BBC: ‘The Russians are continuing to bomb us and use artillery. It is crazy.

Jeopardy gameshow forced to address use of Russia-Ukraine question