About half of Ukraine’s electricity is generated from 15 reactors (Picture: Metro.co.uk)

Russian forces seized the Zaporizhzhia nuclear power plant – the largest in Europe – on Friday, sparking serious concerns over the safety of the reactors in a war zone.

Ukraine is heavily dependent on nuclear energy and has 15 active nuclear reactors spread across four power stations which generate roughly half of the country’s electricity needs.

In addition to the six at Zaporizhzhia, there are four clustered in the Rivne plant, in the northwest close to the Belarus border, three at Yuzhnoukrainsk, near the port city of Odessa, and two in the Khmelnitski plant, some 110 miles southeast of the Rivne site.

All 15 are water-water energy reactors (VVER), which means they are water cooled and water moderated. They were originally developed in the Soviet Union.

They are all operated by a state company — Energoatom.

Are the reactors under threat from the fighting?

Russian forces seized the Zaporizhzhia plant overnight. A volley of shells set off a huge blaze at a training centre in the plant. This was extinguished on Friday.

The International Atomic Energy Agency (IAEA) said the plant was undamaged and that only one reactor was working, at around 60% of capacity.

An Energoatom official said Russian troops were near the town of Voznesensk, around 19 miles south of the Yuzhnoukrainsk plant.

He said that a bridge entering the town had been blown up, slowing their advance.

The Rivne and Khmelnitski plants do not appear to be under any immediate threat.

One of its four reactors exploded in 1986, spewing clouds of radiation across Europe. 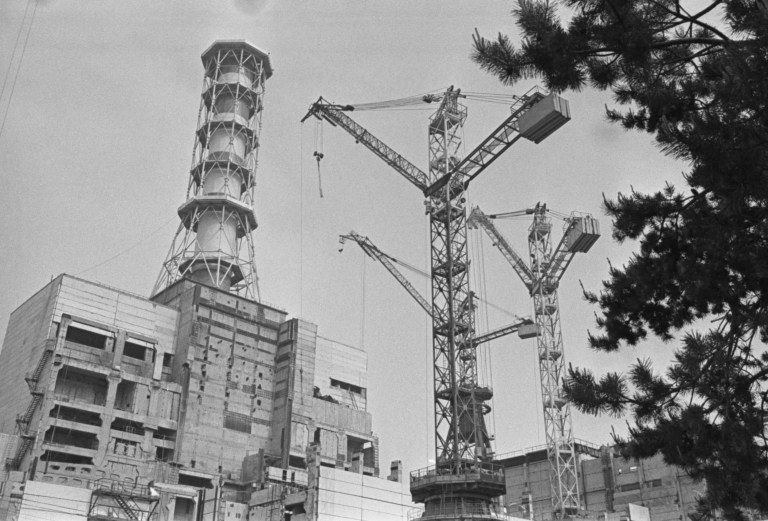 Reactor 4 under construction at the Chernobyl Nuclear Power Plant in the former Soviet Union (Picture: TASS via Getty Images) 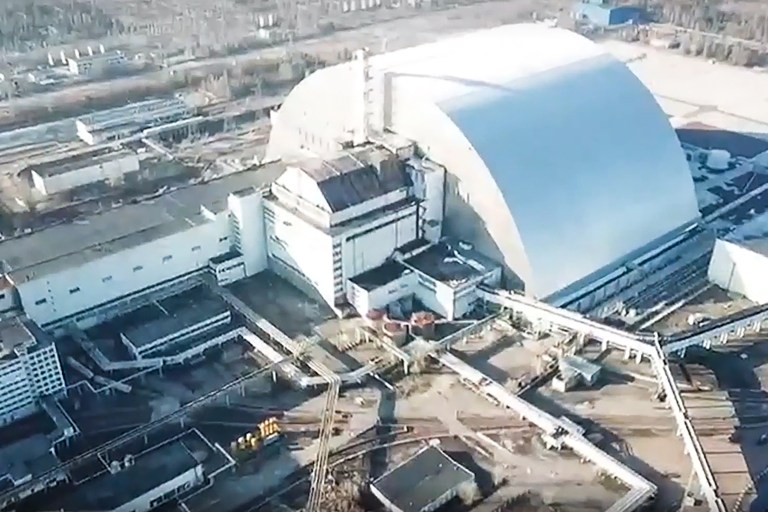 The site is still radioactive and a huge protective dome covers the destroyed reactor.

The area was seized by Russian forces on February 24.

Ukraine’s current reactors are much safer than the ‘first generation’ Chernobyl reactors, which had a deeply flawed cooling system and did not have a containment building to protect the nuclear core.

By contrast, the essential reactor components at the Zaporizhzhia plant are housed inside a steel-reinforced concrete containment building designed to withstand aircraft crashes or explosions. London. 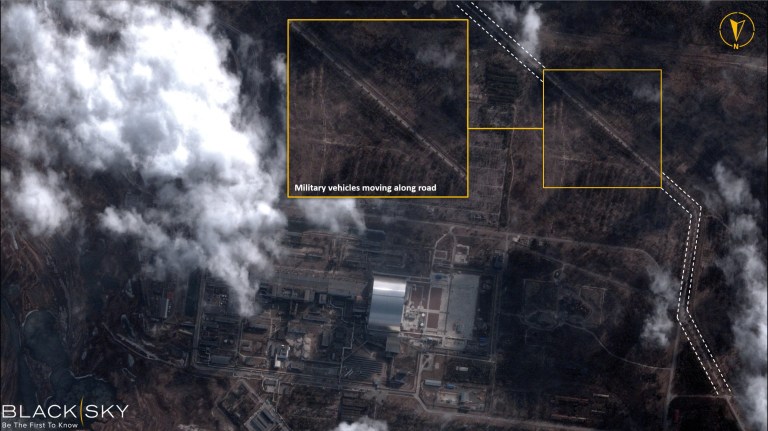 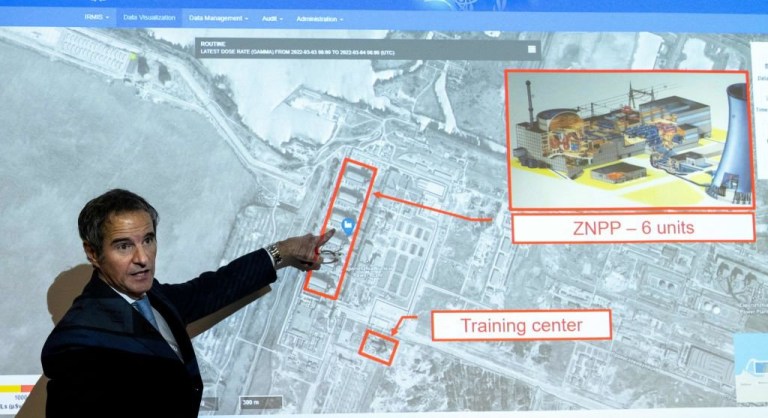 ‘The design is a lot different to the Chernobyl reactor, which did not have a containment building, and hence there is no real risk, in my opinion, at the plant now the reactors have been safely shut down.’

Energoatom has also spent millions of dollars in recent years to implement safety modernisations at all plants.

So, the plants are safe – despite the war?

While the plants themselves are robust, the IAEA has warned that staff stressed by the fighting could unwittingly make mistakes.

That means the wellbeing of nuclear workers was ‘a humanitarian issue, but not only, it’s also a technical issue,’ IAEA chief Rafael Grossi told reporters on Friday.

Staff operating nuclear power plants typically work in shifts but the IAEA has said staff at Chernobyl have not been able to rotate their shifts since Russia’s invasion of Ukraine, and on Friday the IAEA expressed concern about the wellbeing of staff at Zaporizhzhia, with reports some were working at gunpoint.