Delays of over half an hour are expected on England’s busiest motorways (Picture: INRIX/Metro.co.uk)

Traffic forecasters have revealed the worst congestion zones drivers face when the UK plunges into an unprecedented travel rush over the Jubilee period.

The double bank holiday means around 19.5 million road trips will be made between Wednesday and Sunday, according to the RAC.

Friday is set to be busiest as day-trippers cross paths with families coming home from half-term breaks, but heavy traffic on some motorways is expected throughout the period.

Many of the worst delays are expected on Wednesday as drivers rush off after work.

Traffic data analysts Inrix have identified eight major congestion hotspots where delays could swell up to nearly an hour-and-a-half at peak times.

A large stretch of the M5 southbound is expected to suffer delays of 88 minutes on Thursday morning as families in the west of England make their way to Devon and Cornwall.

Traffic will be at its worst between Almondsbury Interchange, between Bristol and the Severn Bridge, and the junction with the A38 near Bridgwater, data indicates.

Data points to delays of 47 minutes late on Wednesday afternoon on the A303 westbound between Stonehenge and its connection with the A36 near Deptford. 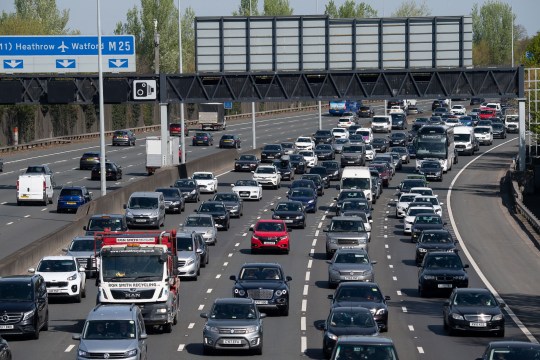 Multiple stretches of the M25 will be disrupted almost daily (Picture: Shutterstock)

The same stretch is likely to suffer 40-minute delays on Thursday.

The same stretch is likely to have delays of over half an hour in the early evenings on both Friday and Sunday.

The motorway will also repeatedly be disrupted anti-clockwise between Junction 17 and Junction 12 for the M3.

That stretch will suffer delays of at least 30 minutes on Thursday morning, Friday morning and Sunday morning.

Drivers in Wales have been told to brace for average delays of 44 minutes early on Wednesday evening on the M4 westbound, between Junction 38 near Port Talbort and Junction 46 by Felindre. 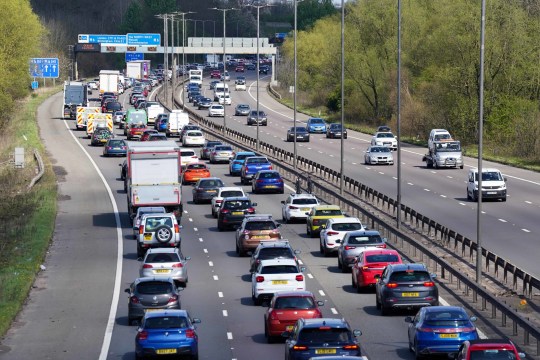 Drivers will also face queues along the M5 in the south-west (Picture: PA)

Families travelling to and from Edinburgh have also been warned of 34-minute delays on the A720 westbound, between the junction with the A1 and the Dreghorn link, on the mornings of Friday and Sunday.

A separate RAC poll found that around 37% of drivers have no plans to travel long-distances over the weekend.

RAC traffic spokesman Rod Dennis said: ‘Drivers clearly see a double bank holiday this close to the summer as a gift with so millions eager to make the most of it – although many appear keen to keep their car journeys short, perhaps mixing a daytrip or two with a Jubilee celebration at home.

‘The fact the bank holidays coincide with the end of half-term in many places has the potential to put some extra pressure on the road network, so planning a journey carefully is important to beat the worst of any queues.’

Network Rail have ruled out engineering works normally saved for bank holidays in order to keep all major lines open during the Jubilee celebrations.

Why Fangirls Scream – The Atlantic

Women rock just as hard as men – so where are the female headliners?