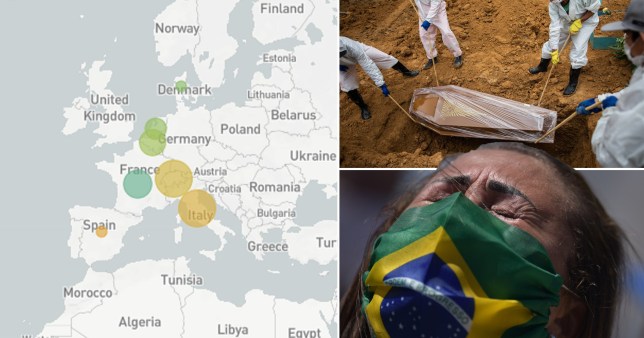 The spread of the new Covid variant first detected in Brazil is shown in a graphic on an analysis website (Picture: Nextstrain/nextstrain.org)

A map charting the spread of the Brazilian Covid variant shows how it has moved across European countries which are outside the red list.

The colour-coded map illustrates calls from scientists that the fight against new Covid variants needs to be an international effort.

The six-month snapshot shows how the strain has spread to Belgium, Denmark, France, Italy, Spain, Switzerland and The Netherlands.

While it is currently only present in relatively small numbers, it has been accompanied by a warning that ‘the genie is out the bottle’.

The ‘family tree’ charts genome sequences in the Covid P1 branch, which was originally detected in Manaus, as they spread and evolve.

The mutation is currently classed as a ‘variant of concern’, with a study conducted in the city finding that it is up 2.2 times more infectious than previous strains. Concerns have also been raised that vaccines may be less effective against it, although this is subject to further studies.

Officials are still trying to trace a mystery person who tested positive for the strain, but did not leave their contact details. They are one of six known cases confirmed in the UK.

Scientists working with Nextstrain, an open-source analysis website run by researchers at universities across Europe, have been tracking global variants as they spread across the world. 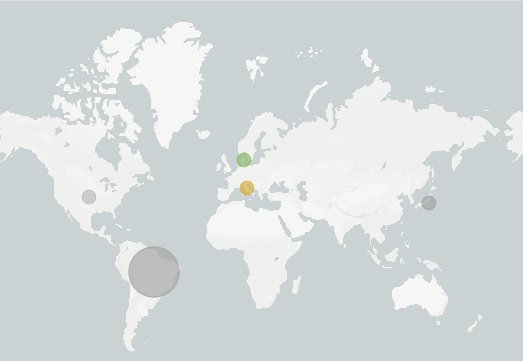 A Covid variant found to have an increased rate of infection is shown spreading throughout Latin America and Europe in this six-month snapshot (Picture: Nextstrain/nextstrain.org) 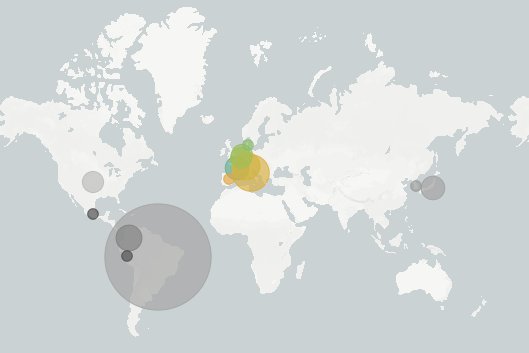 The map produced by analyists across Europe shows how the virus has leaped into the continent (Picture: Nextstrain/nextstrain.org)

Researcher Dr Emma Hodcroft, a molecular epidemiologist at the University of Berne in Switzerland, said variants including the more infectious Kent B.1.1.7 mutation were likely moving between European countries.

While the Brazil variant has become associated with Manaus, Dr Hodcroft’s research shows Covid is constantly mutating across and within borders.

The snapshot, beginning in September 2020, does not include the UK because the laboratory sequences are not available at present.

Dr Hodcroft said: ‘It’s present in other European countries. To be clear, those numbers are much, much smaller than in Brazil, so there’s going to be a difference in risk here.

‘But I do think it’s worth considering that just like B.1.1.7 is likely moving between European countries at this point rather than always originating in the UK, the same could be true for P.1 or 501Y.V2, the variant predominantly found in South Africa. 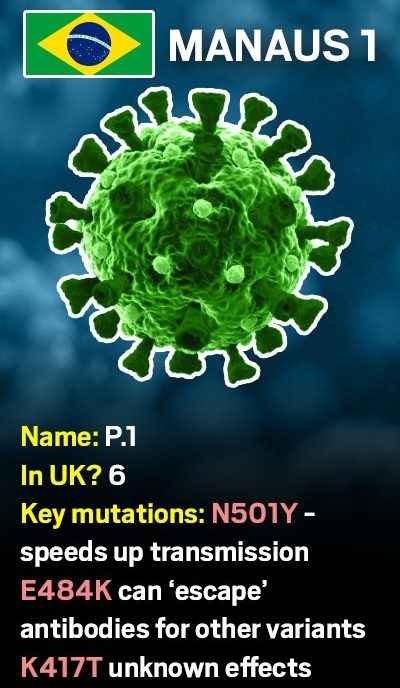 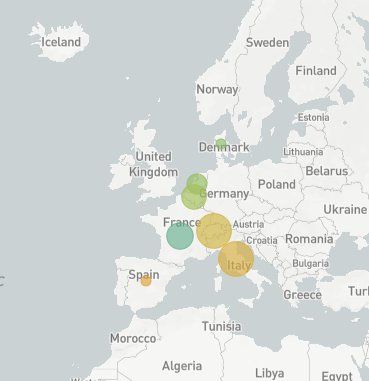 The presence of the P1 Covid variant is shown in European countries where sequences have been taken by laboratories (Picture: Nexstrain/nextstrain.org)

‘A variant might not always come from one country. This is one reason why we need to work together as a community on our approach to get cases down and track the variants of concern, rather than just as individual countries.’

Brazil is on the UK’s red list, from where arrivals must go into hotel quarantine for 10 days upon arrival, but the European countries where the variant is present are not.

Professor Greg Towers, of the Division of Infection and Immunity at University College London, said: ‘Obviously this particular strain of the virus is out of the bag. So the genie is out of the bottle and it is spreading widely, it is already in the UK.

‘The idea is to prevent new variants entering the UK, and the more measures you put in place the more likely you are to do that, but the current measures are not going to stop them coming in completely. The question is whether it’s worthwhile.

‘The discussion is dependent on the case counts in the UK at the time. If the case counts are very low you don’t want lots of people coming into the UK and re-seeding infection clusters.

‘But there’s no one solution, it’s very much dependent on what’s going on at the time and the circumstances.’ 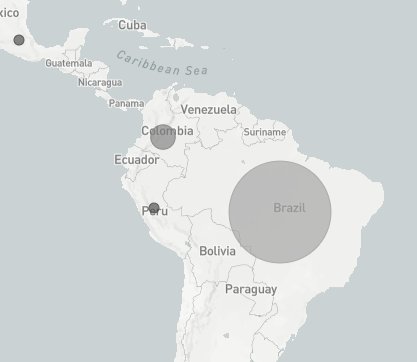 A Covid variant thought to be 2.2 times as contagious as previous forms of the virus was first detected in Brazil (Picture: Nextstrain/nextstrain.org)

Variants spreading around the world during the second wave are more likely to have evolved after encountering immunity, which includes mutations within countries, Professor Towers told Metro.co.uk.

He said: ‘The evolution of the virus to escape our immune system is inevitable. In Brazil, for example, where there were virtually no restrictions, the virus went round twice so the variants are good at evading first wave immunity because they have had plenty of opportunity.

‘This is why we want the most up-to-date vaccine possible. My expectation is that over time the vaccinations will become more complicated and the manufacturers know how to do that.’

Professor Towers also pinpointed co-operation between European countries as pivotal in rowing back new variants. He said: ‘International cooperation is going to be really important.

‘There’s no point us all being vaccinated against the 2021 variant, for example, and then in Paris the virus is evolving in people who aren’t vaccinated, and it comes to us.

‘We need an international effort to vaccinate, keep numbers down and minimise the opportunities the virus has for evolution.’ 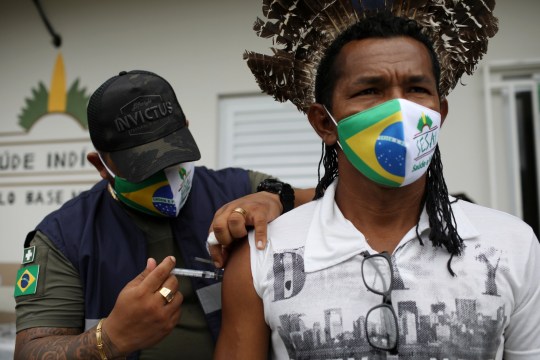 A health worker at the Indigenous Special Sanitary District of Manaus administers a Covid vaccine to an Indigenous person (Picture: Reuters/Bruno Kelly)

On Tuesday, the search for the missing patient with the P1 variant – who tested positive but did not complete registration – had been narrowed to 379 households in the south-east of England.

The Department of Health and Social Care (DHSC) said today that there was no update to the attempts to locate the person. A spokesperson also reiterated the measures it is taking to guard against new variants.

They said: ‘Everyone arriving in England from outside the Common Travel Area must quarantine for ten days and take a test on days two and eight, not just those from red list countries.

Those from red list countries need to go into managed quarantine facilities and those from elsewhere still need to take a test and get a negative result before travel, complete a passenger locator form to confirm where they will quarantine and book the testing package for days two and eight.’