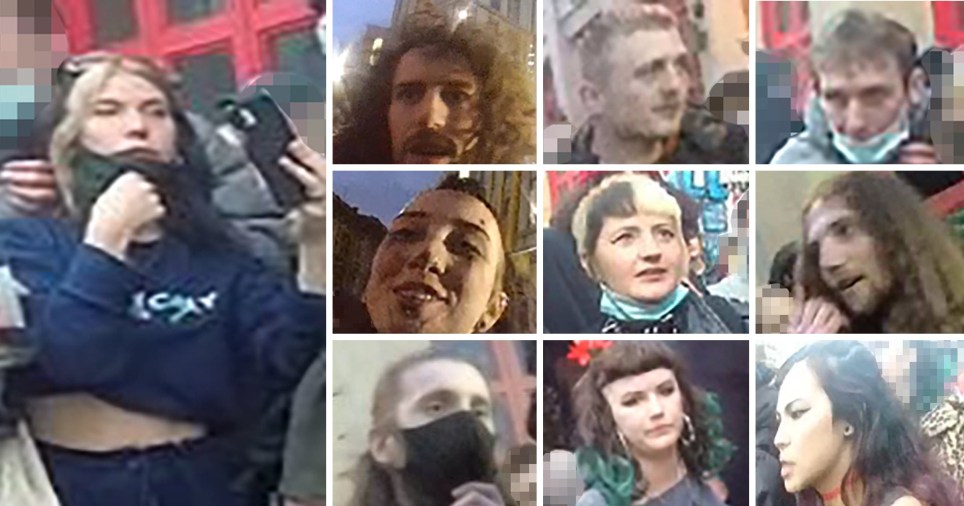 The images of 10 people have been released by the police in connection with the Bristol riot (Picture: PA)

Police have released pictures of 10 people they wish to speak to in connection with a riot that took over the ‘Kill the Bill’ protest in Bristol at the weekend.

The violence that erupted on Sunday saw 21 officers injured, with one suffering a collapsed lung and two suffering broken bones. Police vans were set on fire, rockets were thrown into crowds of people, and the windows of a police station were smashed.

Seven men, aged between 20 and 44, were arrested on suspicion of violent disorder after the protest and have all been released under investigation.

Avon and Somerset Police have now released the 10 images of people they wish to trace in connection with the disorder.

Detective Chief Superintendent Carolyn Belafonte said: ‘The investigation into Sunday’s disgraceful scenes of violence will undoubtedly be one of the largest in Avon and Somerset Police history.

‘More than 100 officers and staff continue to work on the inquiry which is being led by our major crime investigation team. 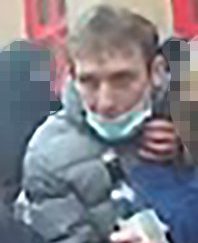 Anyone with information about those pictured is asked to come forward (Picture: PA) 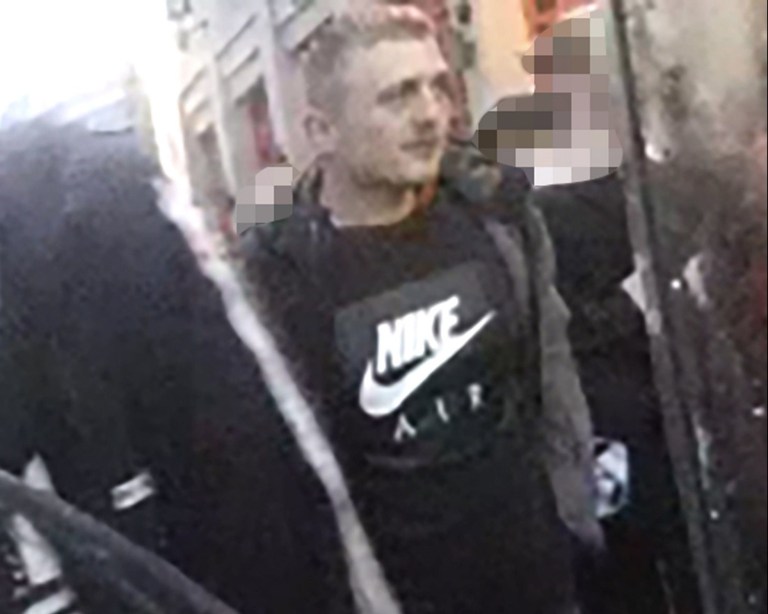 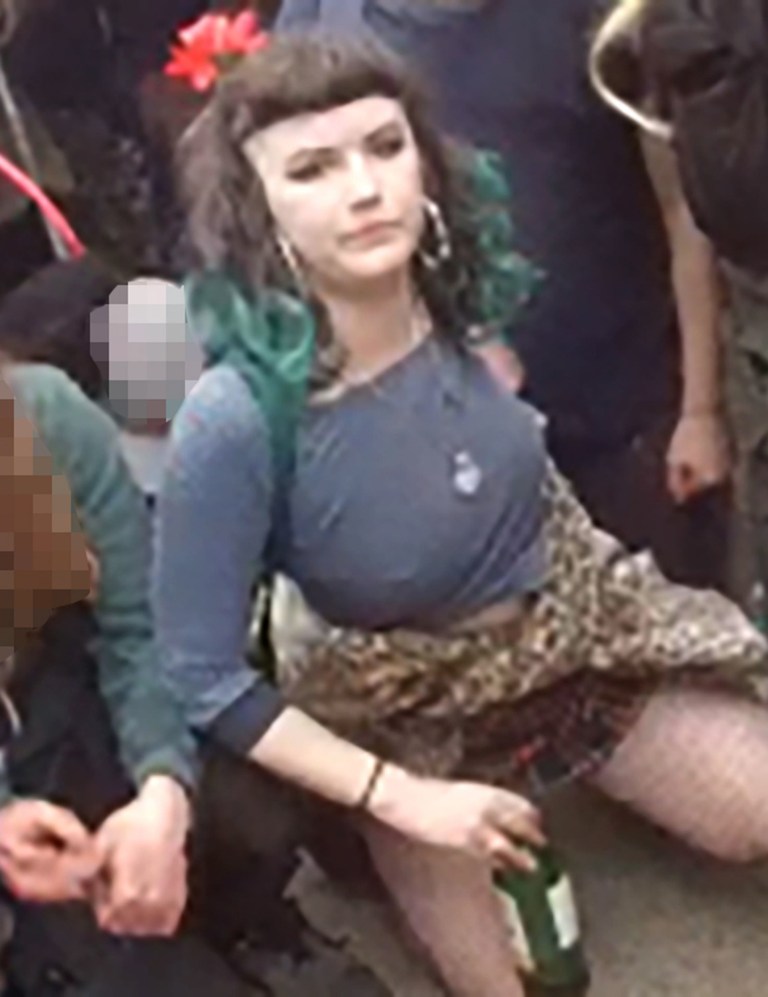 Officers wish to speak with the people photographed (Picture: PA) 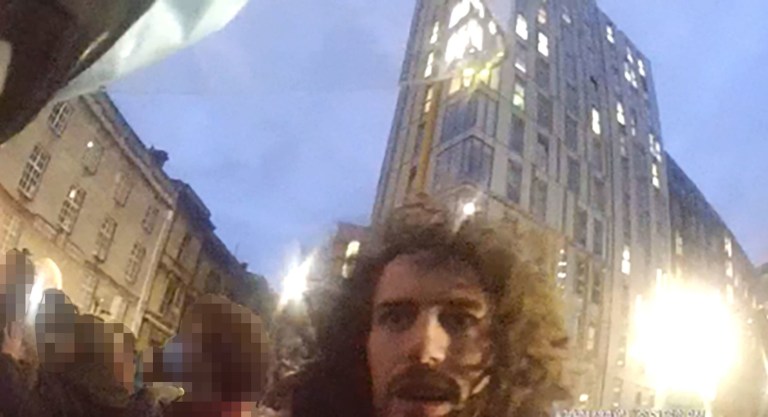 Their identities have not yet been established, the police have said (Picture: PA)

‘Hundreds of hours of digital material has already been reviewed and images of the first 10 people detectives want to talk to about Sunday’s events have been identified.

‘Officers and staff are working their way through images and footage as quickly as they can but with more than two terabytes worth of CCTV footage, as well as nearly 100 officers’ body worn video cameras and more than 100 videos already sent in by members of the public to review, this will take a considerable amount of time.

‘We expect to release images of many more people in the coming days and ask anyone who recognises anyone to contact us.’ 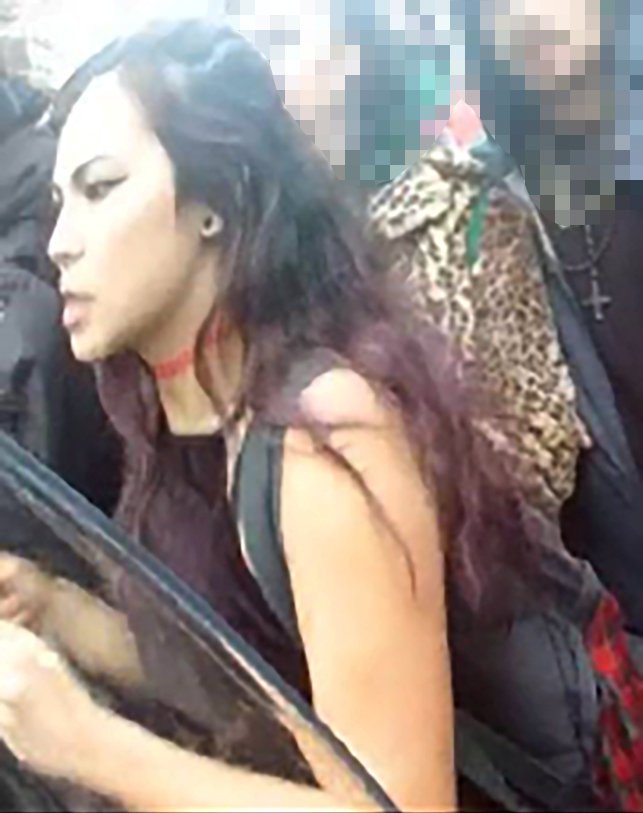 There were 21 officers injured at the riot (Picture: PA) 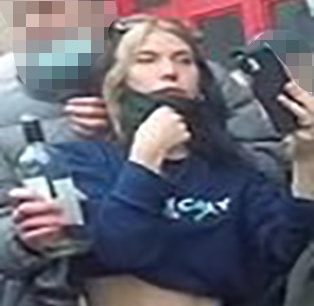 Officers are still looking through CCTV images and will be releasing more pictures in the coming days (Picture: PA) 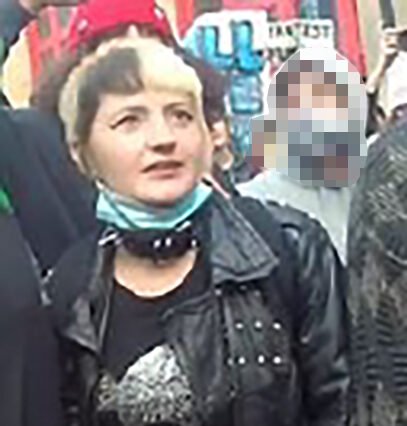 The protest had been against the Government’s Police, Crime, Sentencing and Courts Bill (Picture: PA) 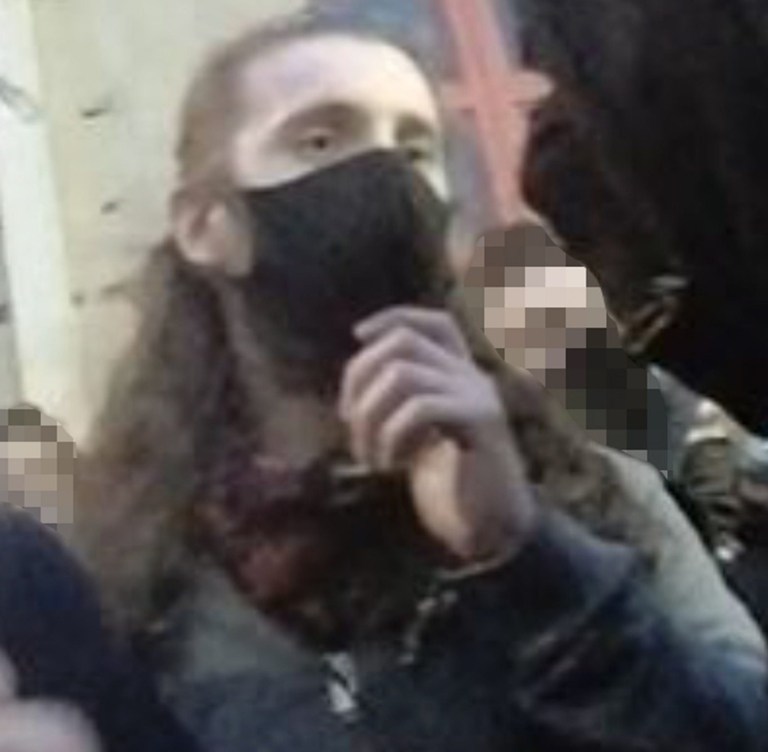 Fireworks were thrown into crowds and fires were started outside the police station (Picture: PA)

One man, 28, from the Bedminster Down area of Bristol, has been charged with possessing an offensive weapon in connection with the riot, and appeared at Bristol Magistrates’ Court earlier. He is next due to appear at the same court on June 10.

Around 3,000 people had attended the peaceful demonstration on College Green, Bristol, to protest against the Government’s Police, Crime, Sentencing and Courts Bill.

The Bill would give the police in England and Wales more power to impose conditions on non-violent protests, including those deemed too noisy or a nuisance. 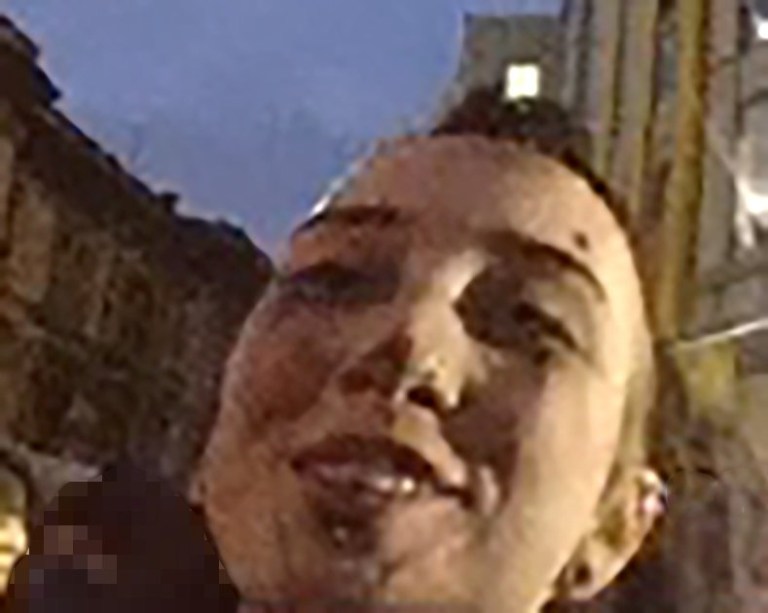 Around 3,000 people had attended the peaceful demonstration on College Green (Picture: PA) 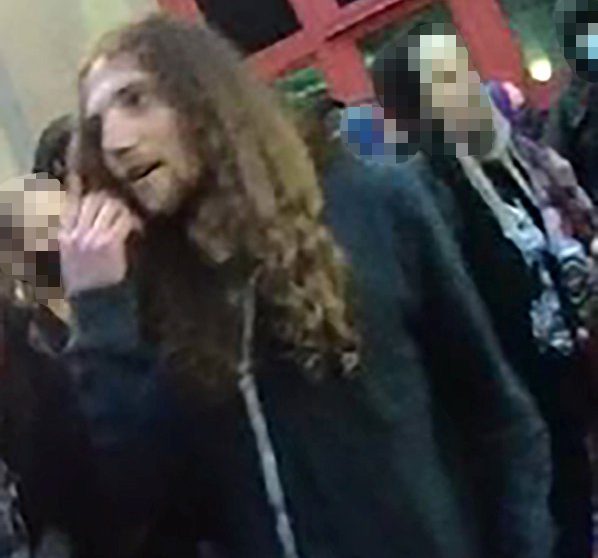 A riot then broke out during the demonstration, with around 500 people descending on the nearby New Bridewell police station.

Andy Marsh, chief constable of Avon and Somerset Police, said the demonstration had been ‘hijacked’ by several hundred ‘extremists’.