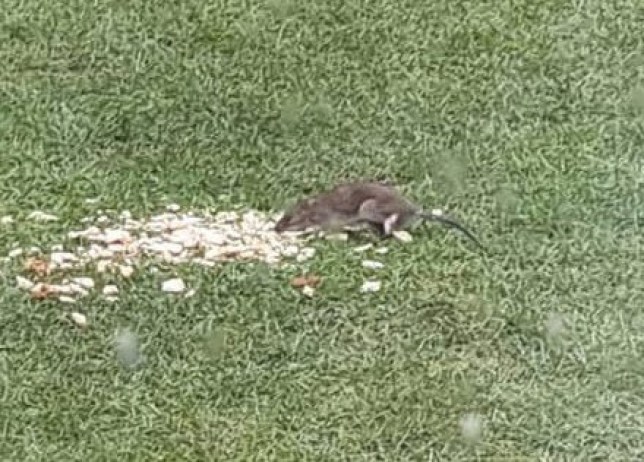 Rats have been sighted across the Tameside area of Greater Manchester in recent weeks (Picture: MEN)

A woman has claimed her pet Chihuahua was almost eaten by rats that are plaguing the area.

The shocking incident came to light after one neighbour complained about seeing ‘massive rats’ in her garden on Facebook.

It prompted a flurry of replies from other locals in Tameside, Greater Manchester, who’ve seen the vermin in lockdown, while one pest controller warned rat numbers are ‘exploding’.

Vicki Cullen posted: ‘Seen about 20 at least in Hyde Park on the walk home from school! My chihuahua nearly got eaten she’s smaller than them.’

WARNING: This article contains pictures you may find upsetting.

Lyn Hardy wrote: ‘I’ve seen so many rats recently around my area in Duki, never seen them before until last year.’

And Sarah Elliot replied: ‘I actually saw a huge rat walk across the road a while back near the cricket club. I stopped to let it cross I was that shocked to actually see it waddling across.’

Louise, who asked for her surname to be withheld, told the Manchester Evening News: ‘It’s obviously a massive issue everywhere. 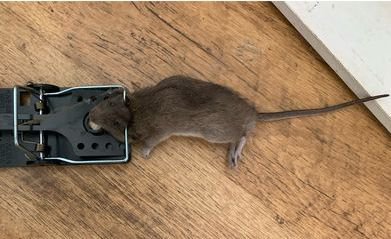 There has been a surge in rat sightings with more people at home in lockdown (Picture: MEN)

‘On Monday there were two rats running around the garden. They were absolutely massive.

‘A friend of mine who lives a few streets away found one sat on the draining board in her kitchen the other day. She was absolutely horrified.’

The British Pest Control Association said there has been a sharp increase in rat sightings in London and other residential areas. 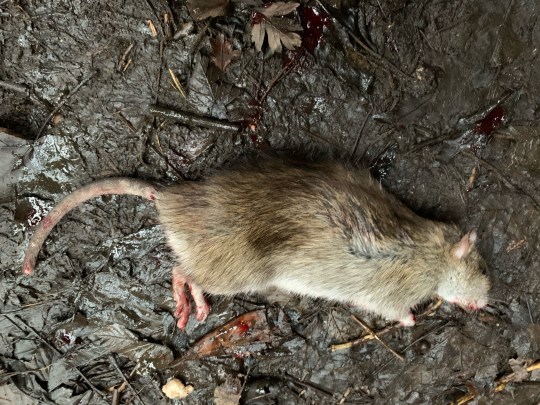 But a spokesperson cautioned that some of it is down to more people being at home in lockdown and ‘therefore way more likely to spot rats or mice’.

‘Also, we’re all just more inclined to get the problem dealt with when we’re working from home,’ they added.

He said: ‘Everyone in the industry is absolutely bombed out. I’m making good money but I’m sick to death of seeing them.

‘The numbers are exploding. I know it sounds dramatic but we are going back to plague proportions.’ 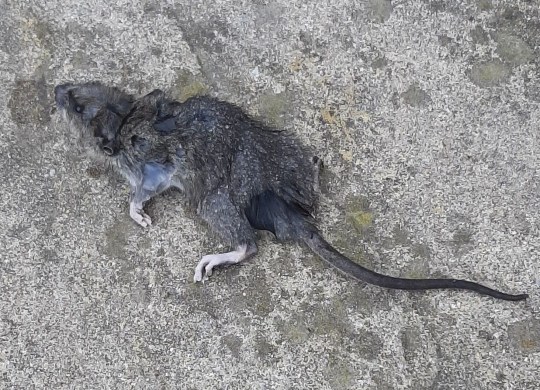 Mr Devlin says more than a decade of council cuts means many local authorities no longer employ pest control officers, so no work is being done to stop the vermin ‘at source’.

He added: ‘I had a young lady in tears the other day because she had rats in the house. She was asking me what she’d done wrong, but it’s nothing that people are doing, it’s just the sheer numbers.’

A spokesperson for Tameside council said: ‘The council is not aware of anything particular and no complaints have come into the pest control service.

‘We will, however, send officers out to the area and assess the situation.’

Man, 20, ‘bought 40cm knife off Snapchat for £20’ before ‘murdering’ victim then throwing blade into the grass