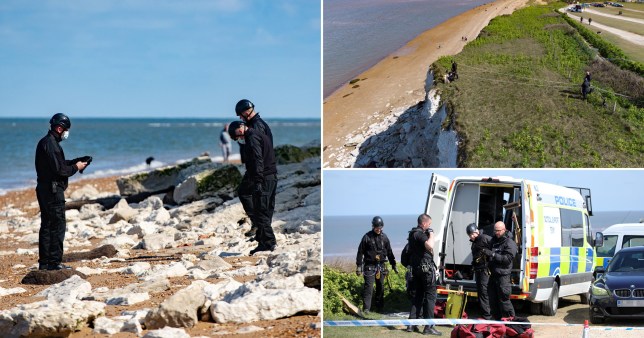 The critically injured man turned out to be the main suspect in a murder case (Picture: Rex/Terry)

The main suspect in a woman’s murder has been identified as a critically-injured man believed to have fallen down an 80-foot cliff 90 miles away.

The 54-year-old man was found on a beach near Hunstanton, Norfolk, on Thursday, the same day as the victim’s body was discovered at a house in Leicester.

He was arrested two days later in hospital where he remains in serious condition, it was revealed today.

Neither the 49-year-old victim nor the man have been named but he is also from Leicester.

Officers forced entry to a house in Tennis Court Drive following concern for the woman’s welfare and she was pronounced dead at the scene.

She was found to have suffered a head injury which has since been confirmed as the cause of death.

A photographer who saw the man being airlifted to hospital told Eastern Daily Press he was found on a rocky part of the beach away from the sand.

Gary Pearson added: ‘I don’t know the exact height of the cliffs, but I’d say it would be approximately 70 to 80ft.’ 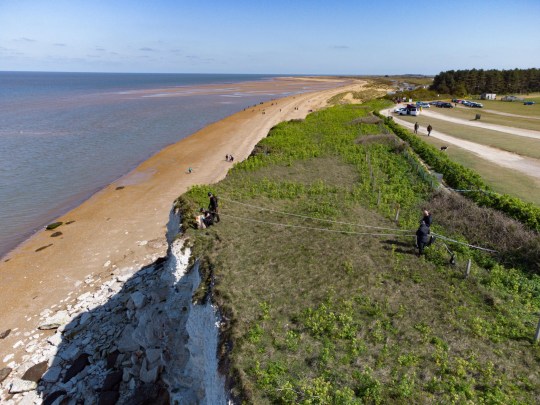 The man was reportedly found on the rocky part of the beach below a 70 to 80-foot cliff (Picture: Terry Harris) 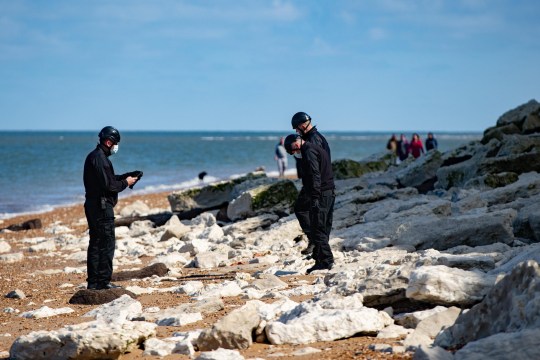 Police in climbing gear combed the beach for evidence after airlifting the man to safety (Picture: Terry Harris) 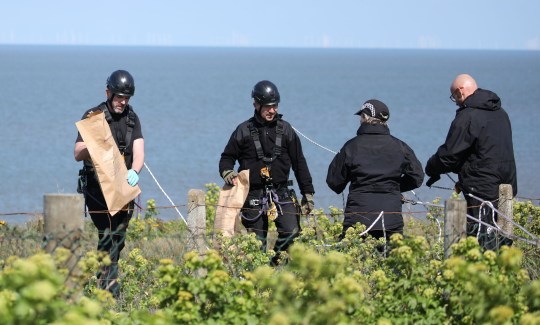 Detectives are still working to figure out how the woman was murdered (Picture: Paul Marriott/REX)

It’s believed detectives linked the injured man to the woman’s death in a matter of hours and are not looking for anyone else in connection with it.

Police said they are still trying to ‘determine the exact circumstances surrounding the death’ and urged anyone with information to come forward.

The investigation is being led by a special serious crime unit covering several police forces.

Potential witnesses were interviewed in the area around the crime scene as well as Hunstanton, where the suspect ended up.

The woman’s family have been informed of her death and forensic examinations at the Leicester property are ongoing.