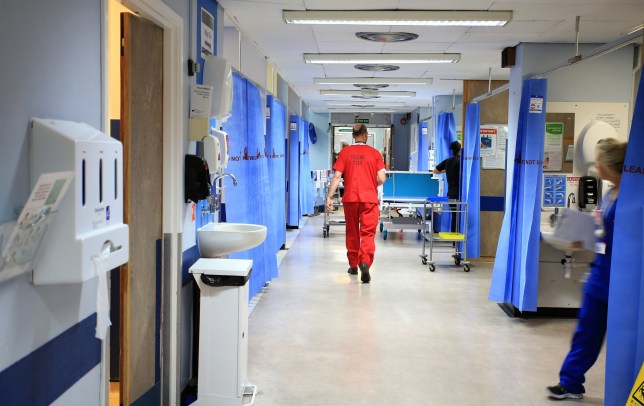 Emil Apreda, 33, was thought to have targeted the NHS due to its ‘vulnerability’ at the time (Picture: PA)

A blackmailer who posed as a far-right extremist and threatened to blow up an NHS hospital unless he was paid £10million in Bitcoin has been jailed for three years.

Emil Apreda, 33, also made threats against unnamed MPs and Black Lives Matter protesters in 18 emails sent during the first wave of the Covid-19 pandemic last spring.

The Italian-national, who had studied computer science, posed as a member of the neo-Nazi group Combat 18, using encryption tools on the dark web to disguise his true identity for almost six weeks between April and June.

The threat sparked a ‘target hardening’ of hospital infrastructure at a time when large canisters of oxygen were being transported around the country to treat coronavirus patients on ventilators, according to investigators.

German armed police raided Apreda’s flat in Berlin on June 15, the day before his final deadline for carrying out his purported attack.

Investigators believe Apreda, who had not identified any specific targets, had no links to the far-right or access to explosives, but had used the terrorist ideology as a front to demand payment in cryptocurrency.

He was found guilty of attempted extortion against the NHS at the District Criminal Court in Berlin, following a trial which began in December last year, the UK’s National Crime Agency (NCA) said.

He has been sentenced to three years in prison but released on bail until the decision is ratified. 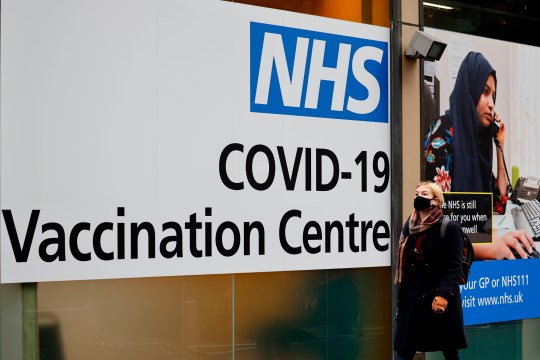 Due to changes to the extradition process since Britain left the EU, it wasn’t possible to seek Apreda’s prosecution in the UK, where he could have faced terror charges.

He had no known links to the UK and may have targeted the NHS because of its ‘vulnerability’ at the time, the NCA said.

Head of investigations at the agency’s National Cyber Crime Unit Tim Court said: ‘This occurred in late April, early May.

‘We had seen the collapse or near collapse of the Italian healthcare system under the pressure of the population attending hospitals and, sadly, in America we’d seen a significant rise in far-right extremist activity.

‘In that context of a far-right surge, a worldwide pandemic and a vulnerable healthcare system that was valiantly fighting its own battles, we recognised we had to step in pretty quickly and make sure everything that could be done was done.’

Apreda sent his first email to the NHS on April 26 last year, with a copy sent to the NCA hours later, threatening to detonate a bomb in an unspecified hospital unless he was paid £10million in Bitcoin.

In later emails, he identified Black Lives Matter protesters and MPs as targets, making references to the death of George Floyd in Minneapolis and the anniversary of the terrorist murder of MP Jo Cox.

Mr Court described the campaign as ‘one of the most significant threats we’ve seen in quite some time to UK infrastructure’.

‘For six weeks we’re trying to manage somebody who could have been planting a bomb in a hospital somewhere in the UK.

‘And even if, as we later found out, he didn’t have access to, or the ability to, deploy an IED (improvised explosive device), if that had become public the consequence of people not having the confidence in the NHS was, frankly, unacceptable.’