An animal lover warmed hearts as he swooped into the rescue to save 40 geese from danger on a busy dual carriageway.

Simon Finnegan, 49, spent more than two hours herding the gaggle to a canal more than a mile away in Erdington, Birmingham on Sunday.

The unharmed bunch then swam to freedom away from their self-appointed Mother Goose.

It all started when Simon headed to his friend’s house after work to watch the Grand Prix, spotting the huge flock of Canadian Geese waddling in and out of traffic.

‘I saw a few geese emerge over the road and then they just kept coming and coming, there were at least 40 of them’, he said.

‘I could see they were in a bit of distress and obviously lost and disorientated. I do consider myself an animal lover and I knew I couldn’t just leave them like that.

‘They were stepping into the road and sitting down while cars sounded their horns which didn’t really help matters, they must have been petrified.


The geese were ‘in a bit of distress and obviously lost and disorientated’ (Picture: Simon Finnegan/SWNS) 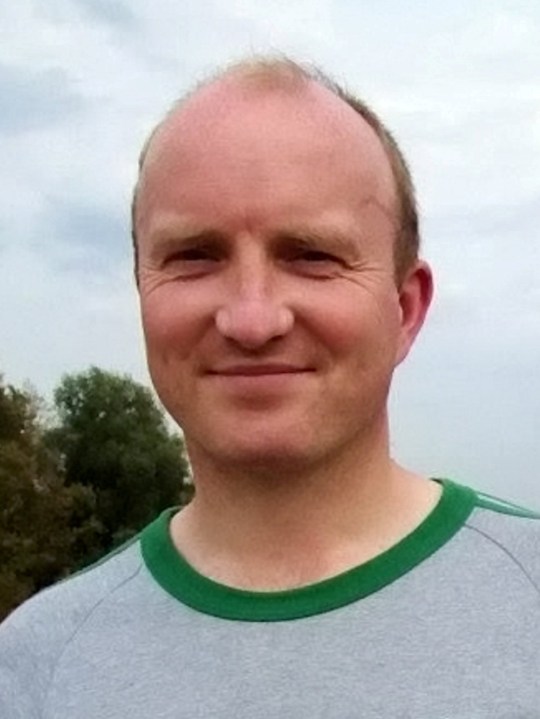 ‘They were running around in the middle of the road, on the central grass verge and going back and forth and I just thought “what do I do here?”’

The data centre specialist walked behind them, hurrying to the side of the group when they looked like they were straying into the road.

He ushered them along two main roads and down a slope next to a petrol station, back to the safety of water.

‘A couple of them sat down by a wall, it was hard work. They kept pressing themselves up against the walls when a bus went past’, he said.

‘I would just flap my hand if they got too close to the road and they would go the other direction and luckily when the first geese went one way, the rest of them followed.

‘It was very tricky trying to shepherd them all in the right direction. I knew there was a canal nearby but a walk that would usually take 15 minutes took more than two hours.’

Things were made more difficult when a few stragglers stayed behind – but luckily a ‘kind’ woman helped Simon out.

He said: ‘Most people just impatiently beeped their horns or filmed on their phones so I had to do it pretty must single-handedly. 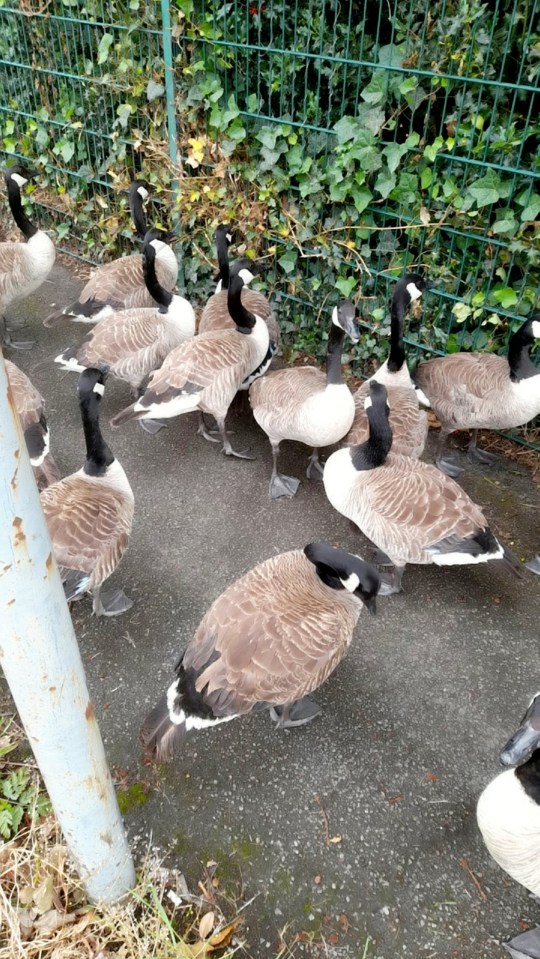 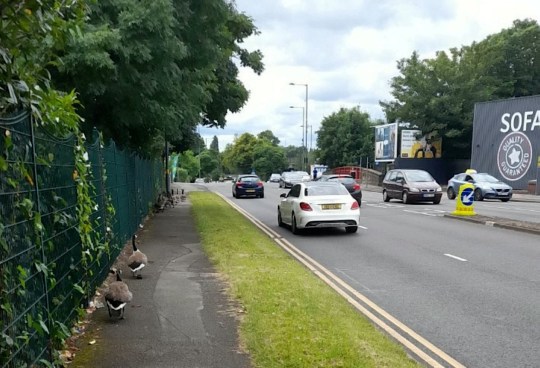 Amazingly, they were all safe in the end (Picture: Simon Finnegan/SWNS)

‘One lady said she phoned the RSPCA who told her to contact police but apparently they wanted nothing to do with it so it was a relief to get them all to safety.’

He says the geese ‘seemed a lot happier’, adding: ‘I’m glad they were safe’.

After all that commotion, the good Samaritan still managed to make it to watch a delayed Grand Prix.

‘I still managed to watch it with my mate so everything worked out in the end’, he said.

Travel Insurance: How to check if strike action is covered