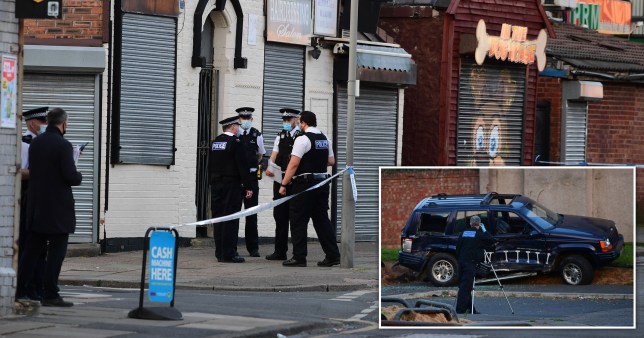 Police were called to the scene in Walton on Monday evening (Picture: Liverpool Echo)

A young man has been rushed to hospital after reportedly having his hand cut off with a machete in broad daylight.

Police were called to the scene in Walton shortly before 6pm on Monday after a man, in his 20s, was attacked ‘possibly with a machete’.

The victim was rushed to hospital for injuries to his hand, which police believe are ‘life-changing’.

Several residents told the Liverpool Echo that the man’s hand was cut off during the attack.

One woman said: ‘There is lots of police here. A man had his hand chopped off with a machete.

‘Someone got rammed off the road and someone’s hand got chopped off,’ another added. 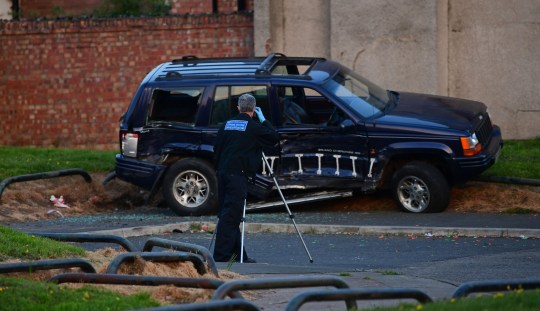 A badly damaged car was seen close to the scene but it is not known if it was involved in the attack (Picture: Liverpool Echo) 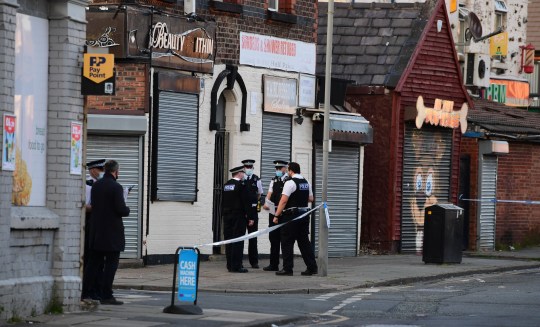 Police were called to the scene shortly before 6pm (Picture: Liverpool Echo)

This is the second incident of its kind in the past week after a teenager in Leeds had his hand cut off in a separate machete attack. A man, 24, was arrested on suspicion of attempted murder.

Merseyside Police believe today’s attack was targeted but a motive has not yet been established.

A cordon has been put up around Chirkdale Street, Goodall Street, and Delamore Street as officers continue their enquiries.

Merseyside’s Chief Inspector Colin Rooney said: ‘The fact that such a violent incident has taken place in broad daylight on a busy road is particularly shocking.

‘At this early stage we think it was a targeted and isolated incident, but need to understand precisely what happened and why.

‘If you did see or hear anything, or were passing by Chirkdale Street or Delamore Street and have CCTV or dashcam, please come forward in confidence and we will take action to identify those responsible.

‘Knife crime has no place in our communities and by coming together, we can remove criminals and their dangerous weapons from the streets.’