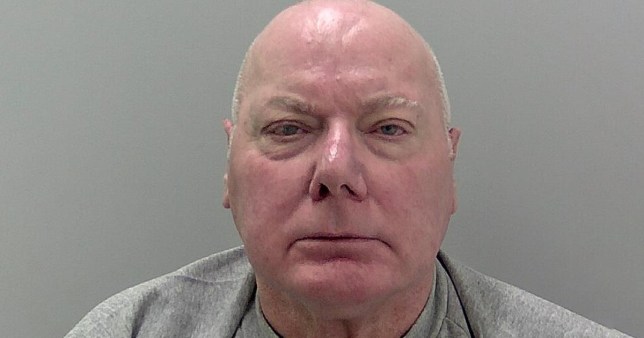 A serial pervert has been jailed for tying a courgette around his waist and ‘parading’ it in front of shoppers while rubbing the vegetable.

Geoffrey Chambers, 66, stood in Hereford town centre on December 12 and tried to make eye contact with women as he touched the ‘large, long item’ he had stuffed into his tight leggings, Hereford Crown Court heard.

One of the women was the wife of an off-duty policeman, who then called other officers to arrest him.

The court heard how ‘distressed’ members of the public, including parents and children, also saw Chambers simulate a sex act on himself. One witness, who had been shopping with her daughter, 14, told how she felt sick and immediately went home.

Chambers had been released from prison for two attempted child sex offences two months before the incident, the court was told.

Once he was arrested, officers found he had more courgettes in his car. 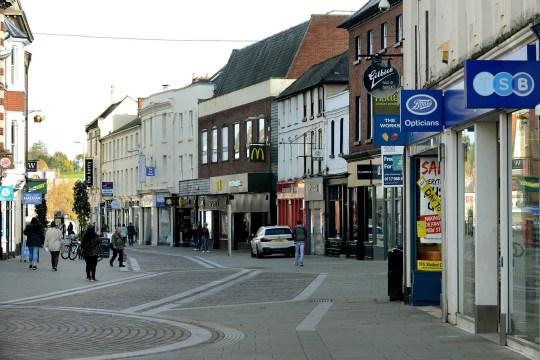 Shoppers in Hereford city-centre were ‘disgusted’ and ‘repulsed’ (Picture: Rex)

During Chambers’s trial it emerged he had recently done something similar in Swansea and Cardiff, but only received a warning from South Wales Police.

Emily Heggadon, defending, said her client had told police how performing the act would ‘help him out of a low mood’.

She said Chambers, of Cwmbran, Gwent, had apologised, and said his actions were meant to be a ‘light-hearted’ joke and not intended ‘to convey sexual connotations’.

Chambers admitted one public order offence and one count of outraging public decency. He was sentenced to eight months in jail on February 5.

Judge Martin Jackson said most shoppers had reacted with ‘disgust and repulsion’ at what they had seen.

He told Chambers his actions were ‘offensive, disturbing and alarming’ and unacceptable in public view, especially where there were families with children of all ages.