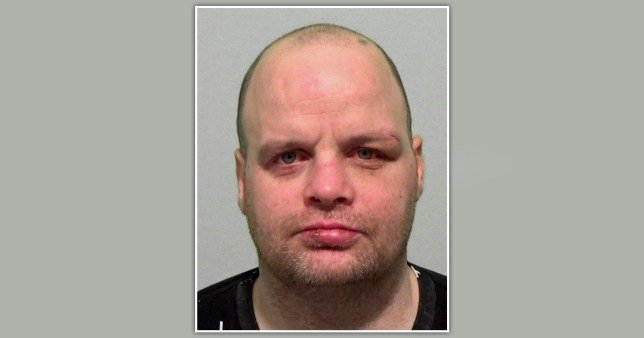 Clinton Ruddy, 37, had already been banned from ‘almost every medical facility’ in his city before the assault (Picture: North News and Pictures)

A racist man has been jailed after he woke up to his black doctor, abused and threatened to kill him and then assaulted a nurse.

Clinton Ruddy, 37, had already been ‘barred from almost every medical facility’ in Sunderland for bad behaviour towards healthcare workers.

But he outdid himself last August when he threatened, attacked and assaulted a doctor and a nurse in the middle of the coronavirus pandemic.

Ruddy was taken to Sunderland Royal Hospital after someone found him ‘highly intoxicated’ on the street.

Staff took care of him and then admitted him to a ward for observation where a doctor eventually went to check on him.

The doctor tried to wake Ruddy up with a gentle hand on his shoulder but the patient got aggressive and said: ‘Leave me alone you black c***’.

Ruddy got up, removed the monitoring patches on his body and then threatened to kill his carer.

‘He was acting aggressively and ran towards the doctor, shouting “I will f****g kill you, you black c***”,’ prosecutor Liam O’Brian told Newcastle Crown Court.

‘The doctor was shocked and decided he would not treat him after that,’ Mr O’Brian added.

A nurse stepped in to try and help defuse the situation but Ruddy elbowed the worker in the chest. Eventually, security was called. 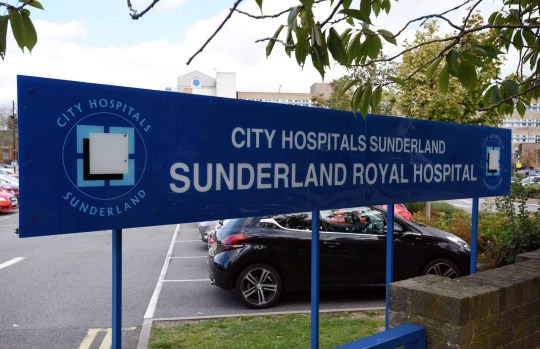 Ruddy was taken to Sunderland Royal Hospital after he was found ‘highly intoxicated’ on the street (Picture: North News and Pictures)

Speaking directly to Ruddy, Judge Stephen Earl said:  ‘The doctor was doing his best to assist you.

‘This took place during a pandemic, when doctors and nurses are working flat out to protect members of the public.

‘They are entitled to our protection as emergency workers, as people who are already under the cosh.’

Barry Robson, defending, said Ruddy had panicked when he was woken up but has ‘no excuses’ for his behaviour.

Ruddy was jailed for three-and-a-half years on May 6 but not just for this ‘appalling’ attack on an emergency worker.

He also pleaded guilty to unrelated charges of theft and burglary. This was on top of his admission that he assaulted his previous partner twice in one day in December 2019.

In mitigation, Mr Robson said: ‘He has been barred from just about every medical facility and hospital in Sunderland.

‘He has been blacklisted by his family doctor because of the trouble he has caused when he has been to the surgery.

‘He is only allowed to use one pharmacy, it is the only one that will put up with his antics.’