A MAN has reportedly had his hand chopped off in a machete attack after a car was “rammed off the road” in broad daylight.

The victim, in his 20s, was rushed to hospital after the incident in the Walton area of Liverpool yesterday evening. 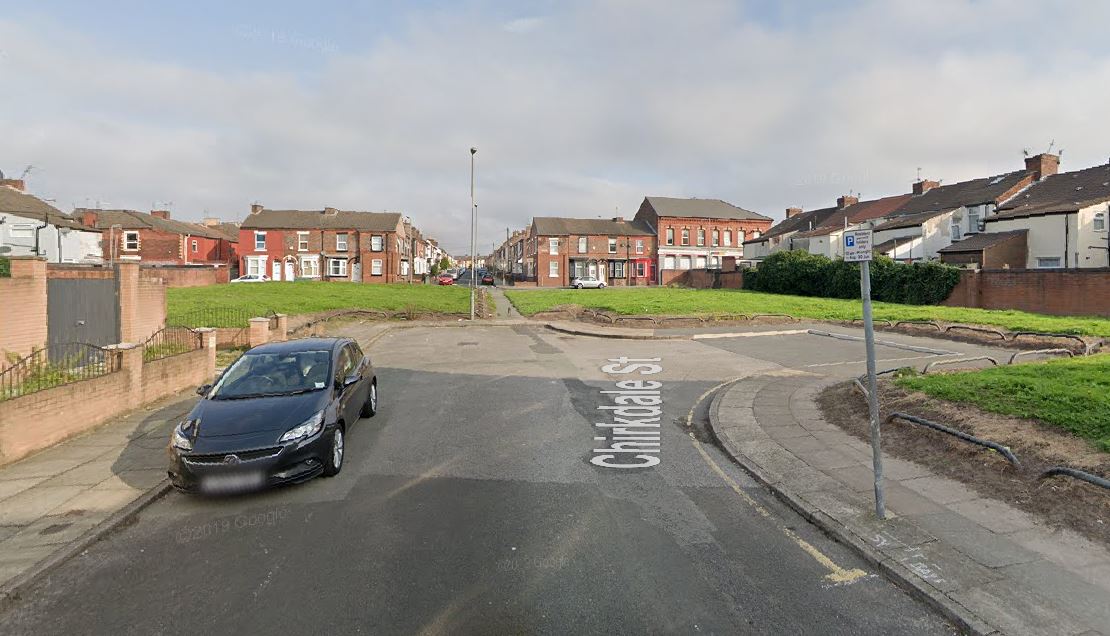 Merseyside cops said the man was taken to hospital with injuries believed to be life-changing.

And locals have said they say the victims hand being “chopped off in the attack” according to the Liverpool Echo.

One said: “A man had his hand chopped off with a machete. More and more police and forensics keep arriving.”

Another resident claimed: “Someone got rammed off the road and someone’s hand got chopped off.”

Photos taken at the scene showed a badly damaged car, while car parts were scattered across the road.

He said: “The fact that such a violent incident has taken place in broad daylight on a busy road is particularly shocking.

“At this early stage we think it was a targeted and isolated incident, but need to understand precisely what happened and why.

“If you did see or hear anything, or were passing by Chirkdale Street or Delamore Street and have CCTV or dashcam, please come forward in confidence and we will take action to identify those responsible.

“Knife crime has no place in our communities and by coming together, we can remove criminals and their dangerous weapons from the streets.”

A force statement added: “Forensic, CCTV and witness enquiries are ongoing as we look to establish the circumstances and the exact scene of the incident.”