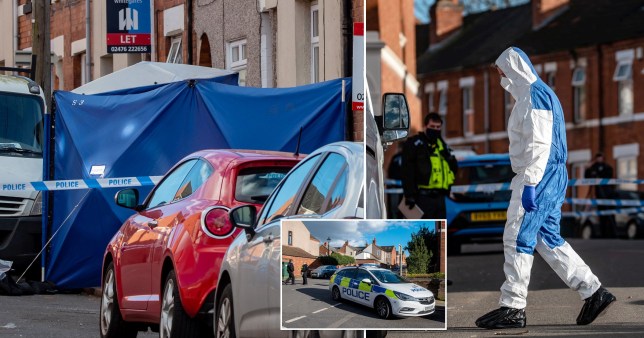 A man, 36, has been arrested on suspicion of murder following the ‘horrific’ attack (Picture: SWNS)

A murder investigation has been launched after a man was fatally knifed and a woman was left fighting for her life after a double stabbing.

The two victims were attacked in a ‘horrific incident’ just before 11.20am on Thursday in a Coventry residential street.

A man, aged in his 30s, was pronounced dead shortly after emergency workers arrived at the scene.

The female victim was rushed to hospital with serious stab wounds to her neck and leg.

She remains there in a critical but stable condition, said West Midlands Police.

A 36-year-old man was arrested on suspicion of murder just before 12.40pm. 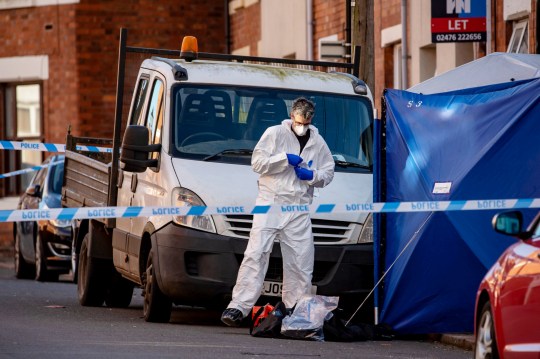 A man, in his 30s, was pronounced dead at the scene (Picture: SWNS) 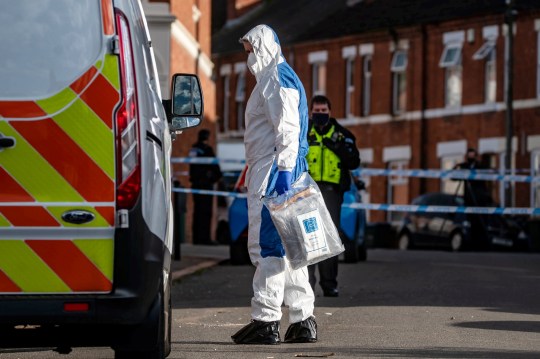 Emergency services rushed to the scene just before 11.20am (Picture: SWNS)

The scene has been sealed off and officers are carrying out house-to-house knocks and CCTV inquiries.

Chief Superintendent Mike O’Hara, of Coventry police, said: ‘This is an horrific incident which has resulted in the death of a man and serious injuries to a woman.

‘Our homicide detectives are working flat out to understand exactly what has happened, and the investigation is moving really quickly.

‘We’ll have extra officers out on patrol in the area to offer reassurance, and I’d urge anyone with information to get in touch with us via live chat on our website.’ 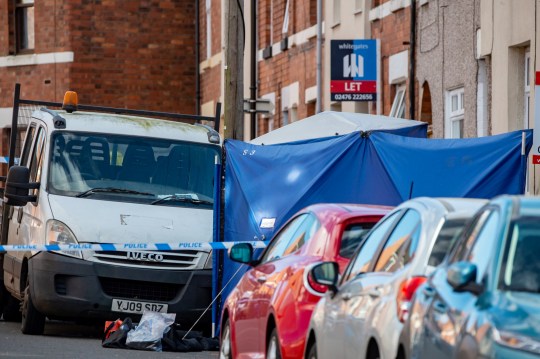 Nothing could be done to save one of the victims, while the other was rushed to hospital (Picture: SWNS) 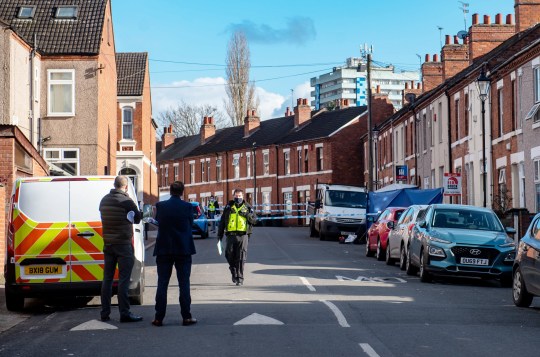 A woman remains in a critical condition in hospital (Picture: SWNS) 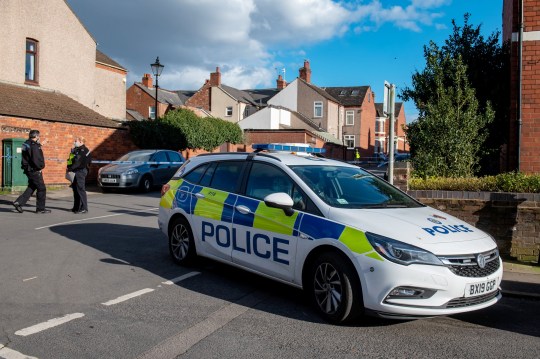 A West Midlands Ambulance Service spokeswoman said: ‘Crews arrived on scene to find a man in a critical condition.

‘Sadly, nothing could be done to save him, and he was confirmed dead at the scene.

‘The second patient, a woman, was treated for serious injuries. Her treatment continued in the ambulance on route to hospital.’