Lord Geidt told the Public Administration and Constitutional Affairs Committee that he had felt ‘frustration’ amid the partygate scandal (Picture: PA/Getty)

Boris Johnson’s ethics adviser has resigned after expressing his ‘frustration’ at the partygate scandal.

Lord Geidt, whose official position is the Prime Minister’s Independent Adviser on Ministers’ Interests, announced his resignation on Wednesday evening.

The peer said in a statement: ‘With regret, I feel that it is right that I am resigning from my post as independent adviser on ministers’ interests.’

Just a day earlier, he declined to deny to MPs that he had considered quitting over Mr Johnson’s response to being fined for breaching lockdown rules.

Lord Geidt told the Public Administration and Constitutional Affairs Committee that he had felt ‘frustration’ amid the partygate scandal.

‘I am glad that the Prime Minister was able to respond to my report and in doing so addressed aspects of the things about which I was clearly frustrated,’ he told the committee.

‘Resignation is one of the rather blunt but few tools available to the adviser. I am glad that my frustrations were addressed in the way that they were.’ 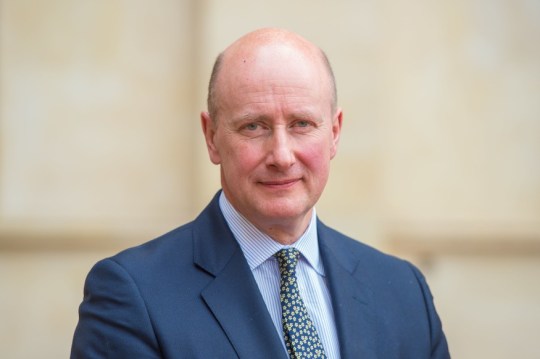 It was reported that Lord Geidt had threatened to quit last month after the publication of the Sue Gray report into lockdown breaches in Whitehall unless Mr Johnson issued a public explanation for his conduct.

In response, the Prime Minister issued a letter to Lord Geidt saying he believed any breach of Covid laws when he attended a gathering in the Cabinet room for his 56th birthday had been ‘unwitting’.

He insisted he was acting in ‘good faith’ when he told Parliament there had not been any parties.

On Tuesday, Lord Geidt, a former private secretary to the Queen, accepted it was ‘reasonable’ to suggest the Prime Minister may have breached the ministerial code by being handed a fixed-penalty notice by the Metropolitan Police.

However, he indicated he would not be launching an investigation into Mr Johnson even though he has since gained greater powers to initiate his own inquiries.

He described himself as an ‘asset of the Prime Minister as a minister of the Crown’ rather than a ‘free-orbiting adviser’, and still required Mr Johnson’s final consent before starting an investigation. 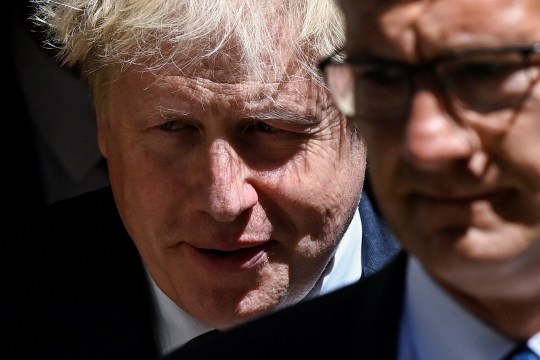 Lord Geidt is the second person to resign as Mr Johnson’s ethics adviser during his less than three years as Prime Minister.

The PM was said to have been totally surprised by the resignation.

A senior source in No 10 told the PA news agency: ‘We are surprised, this is a mystery to the PM. Only on Monday he said he would like to stay on for another six months.’

Labour renewed its call for him to resign.

This PM has now driven both his own handpicked ethics advisers to resign in despair. If they canât defend his conduct, how can anyone else?
Â
Propped up in office by a Tory party mired in sleaze. Unable to tackle the cost of living crisis. Heâs not fit to govern.

Deputy Labour Leader Angela Rayner said: ‘The Prime Minister has now driven both of his own hand-picked ethics advisers to resign in despair.

‘If even they can’t defend his conduct in office, how can anyone believe he is fit to govern?

‘Yet he remains propped up in office by a Conservative Party that is mired in sleaze and totally unable to tackle the cost-of-living crisis facing the British people.

‘The person who should be leaving No 10 tonight is Boris Johnson himself. Just how long does the country have to wait before Tory MPs finally do the right thing?’

Leah Remini’s Battle With Scientology Through the Years