Lots of people wanted to get a photo with the future king (Picture: Reuters)

A crowd of teenagers and young people gathered outside JD Sports today, not because of a flash trainer sale but to meet Prince Charles and Rishi Sunak.

Just a day after Charles stood in for his mother at the State Opening of Parliament for the first time ever, he found himself shaking hands in south London.

Many of those in the crowd were keen to get a picture with the prince, so it’s like there are quite a few blurry selfies on local camera phones.

He was praised for being ‘clued (in) with what the younger generation are doing’ as he met people who found work through his charity.

It wasn’t clear if he and Rishi also had time to browse for some tracksuits and sports equipment.

Those invited were people aged 16 to 24 who had been helped onto the Government’s Kickstart Scheme by The Prince’s Trust.

The JD Sports at East Street Market in Walworth had ‘King of Trainers’ and a crown logo stamped on its front.

With crowds pressing against the barricades, Charles paused to shake hands before heading inside. 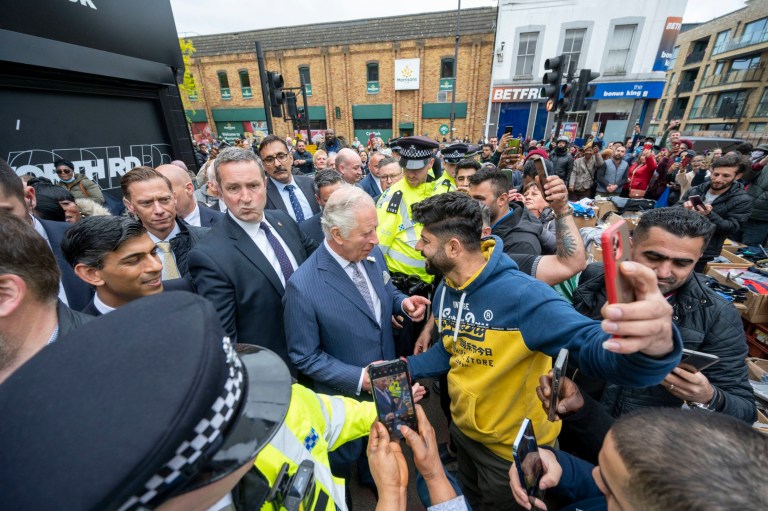 Someone else goes in for a selfie, but the prince doesn’t seem to be looking at the camera (Picture: PA)

One 24-year-old he spoke to, Pav Soor, said he had been rejected from 460 jobs before joining Marks & Spencer as a Kickstarter.

‘It just made me feel like I have no worth,’ he said of his 18 months out of work. It’s demoralising.’

Mr Soor, who is to join the supermarket full-time as an apprentice, said he was impressed by his talk with the prince, which felt ‘more of a discussion with a friend’.

He said: ‘He was interested in our journeys, in our personal journeys.

‘He individually spoke to each of us and asked us how you got here.

‘There’s a stigma behind a higher power not really being clued with what the younger generation are doing, but I was really glad to see that stigma just wiped away.’ 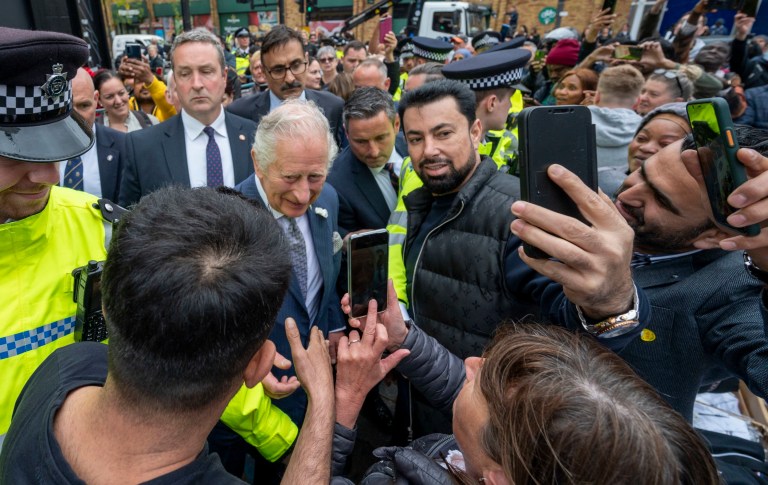 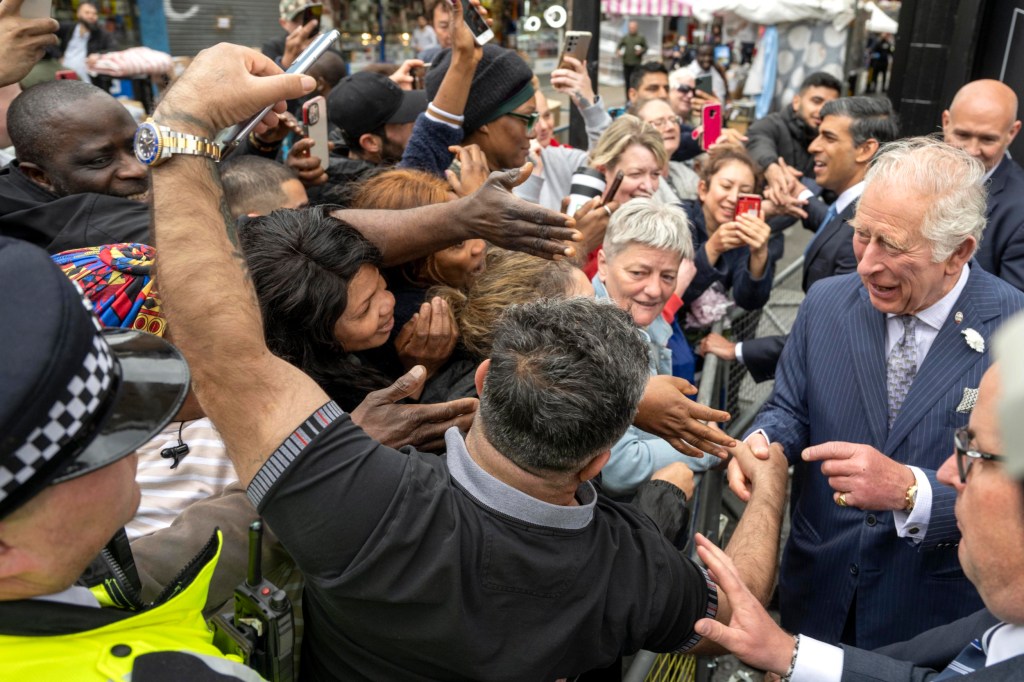 He shook a lot of hands on his walkabout (Picture: Getty) 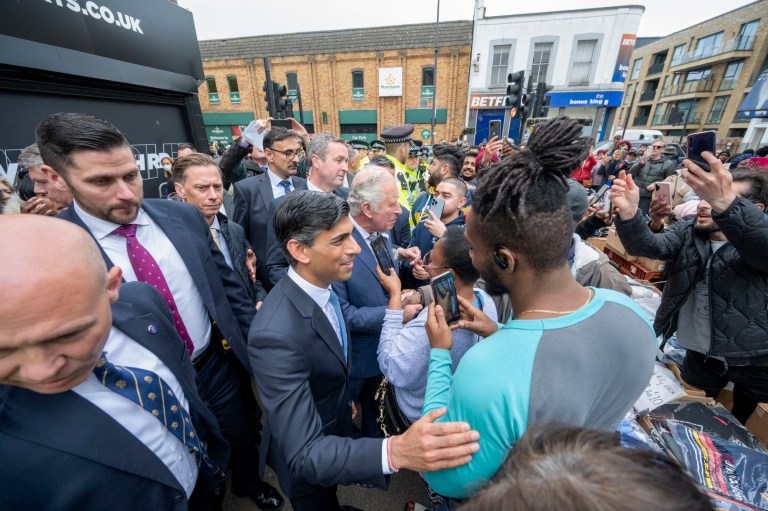 Rishi Sunak’s Kickstart Scheme was set up in September 2020 to provide work for young people, after youth unemployment peaked at around 15% in the pandemic.

Making his way around the room, Charles asked Mollie McCaldon, a JD Gyms employee, about her job and whether she enjoyed ‘lifting things’.

She said: ‘What was nice was to see how interested he actually was. He’s actually interested in your choices.’

Mr Sunak, who was photographed in March wearing a pair of £335 trainers, confessed to a JD Sports executive that he had a ‘weakness for trainers’.

The crowd outside grew as Charles was in the shop, with a member of staff from the Morrisons across the road coming out to cheer.

‘Prince Charles, we say hi, thank you for stopping by,’ she chanted.

The prince made an unscripted visit to the crowd, which surged forward, prompting security to intervene and try to force people back.

He then made a brief visit to a nearby market before disappearing into a black Audi as it began to rain.

‘We have provided vital support to thousands of young people on the Kickstart Scheme who were at risk of long-term unemployment.’