London: Scam warning after woman was sent power bank in place of iPhone 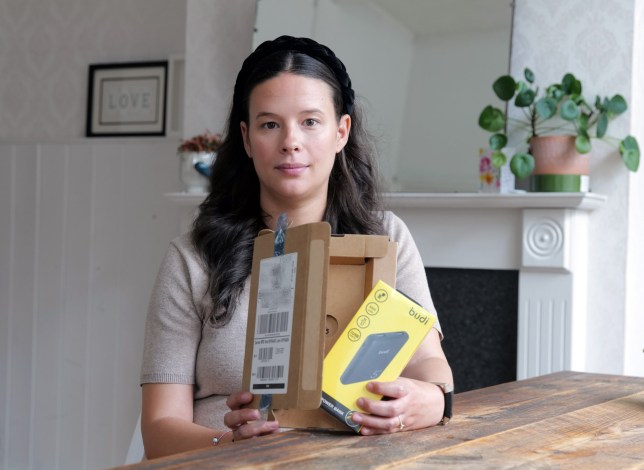 Natalie Zak opened her parcel to realise she had been sent a power bank instead of the phone she ordered (Picture: @glenngratton/w8media)

A woman who ordered a new iPhone from Apple was sent a power bank instead – and was initially told she could not get a refund.

Natalie Zak, 32, thinks she fell victim to a scam where an item of a similar weight was swapped for the more valuable phone before it was posted.

She told Metro.co.uk she received a package from DPD on September 23, with the address label indicating it was sent from a Apple distribution site in Leicestershire.

But when she opened up the package, instead of the £859 iPhone 13 she was expecting, there was a Budi powerbank worth about £18 that she had never placed an order for.

Natalie, from Arnos Grove in north London, immediately got in touch with Apple’s customer services to let them know that there was a problem with her delivery labelled as shipped from Syncreon UK.

But after a back and forth lasting over a week, she was told she could not have a replacement or a refund unless she provided a police report.

Although she did go to police and they gave her a crime reference number, they informed her that it was a consumer matter and would not take it further. 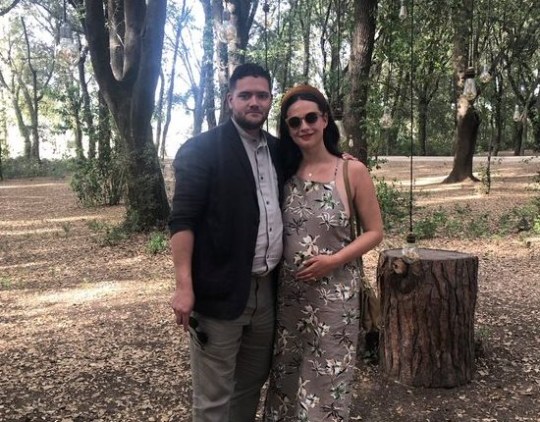 Natalie and her fiance are expecting a baby girl this month (Picture: Supplied) 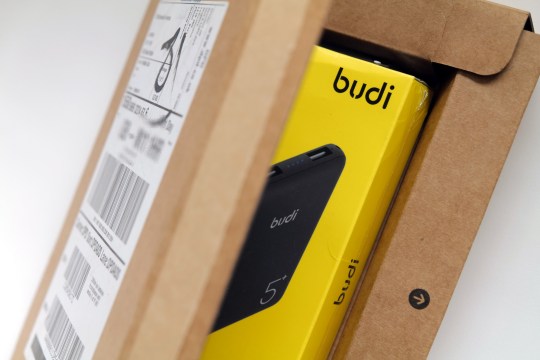 The DPD package containing a Budi power bank instead of an iPhone (Picture: @glenngratton/w8media)

This left her feeling anxious that she would be locked into a two-year contract to pay off the green 256GB phone she never received, while also having to buy a replacement phone.

While this was going on, she was also eight months pregnant and spending hours trying to sort out a refund instead of trying to relax and prepare for her and her fiance’s first baby, a little girl due this month.

After Metro.co.uk approached Apple about the issue, Natalie was told that she could have a refund and the outstanding finance would be cancelled without an affect on her credit rating.

However, she is concerned that this could be a wider issue with other people left out of pocket who fell victim to a similar scam.

She felt she had been treated as if she was suspected of ‘stealing the phone and trying to get another one’, though she was the victim.

It has put her off buying Apple products, and she is now planning to buy a Google Pixel despite being an iPhone user since she was 17.

Natalie, who works on branded content for Conde Nast and said she has ‘no reason’ to steal a phone, researched whether there were stories of anything similar happening to others, and saw that someone had written to the Guardian about receiving a power bank instead of the iPhone they had ordered from Tesco Mobile.

The man, who was eventually refunded, was advised that ‘the problem with these cases is that they are very difficult for the consumer to prove in their favour unless you open the parcel in the presence of the courier.’ 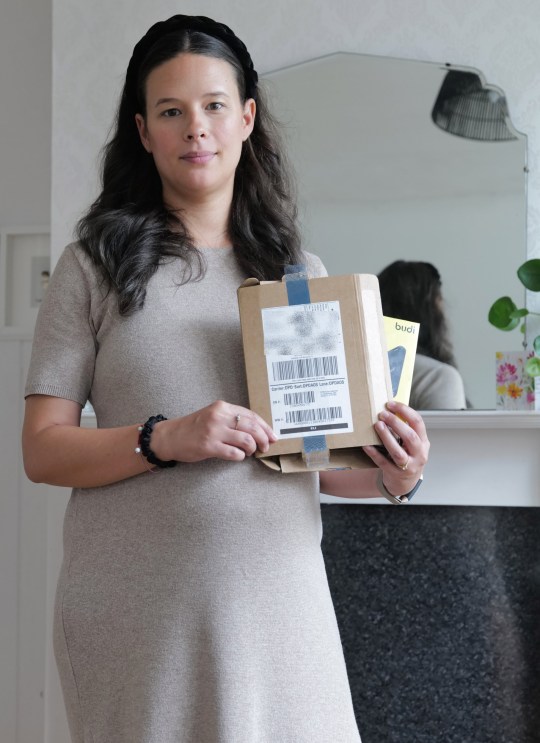 The package was sent from Syncreon UK in Hinckley, which is where Apple distributes products from (Picture: @glenngratton/w8media)

But Natalie said that expecting customers to open valuable parcels in front of a stranger is not fair, and companies should take responsibility if they fail to deliver what was ordered.

She suggested that if the issue is such a concern, items could be supplied in clear packaging so it is obvious what is being delivered before the parcel is opened.

And she queried why Apple couldn’t use the phone’s individual serial number to check if it had been turned on and activated – and see that it hadn’t ever reached her house.

Apple told her on October 2: ‘As soon as we were notified that you had not received your goods, we initiated an investigation internally and with our carrier.

‘On conclusion of our investigation, we have determined that the delivery was completed successfully to the address provided. We cannot accept liability for orders that go missing after the delivery has been completed.

‘For this reason, we are unable to issue you with a replacement or refund.

‘In this case, it appears that you may have been the victim of a crime, which is outside our scope of support. We will support the police in their inquiries if requested.’

She replied she could not provide them with a police report because ‘as they have stated, and I agree, you have simply delivered me the incorrect product and it is up to you to sort’. 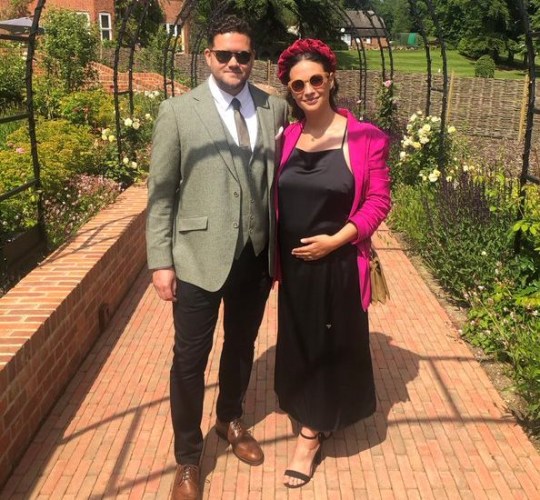 Natalie, pictured with her fiance, is concerned that other people falling victim to a similar scam could be left out of pocket (Picture: Supplied)

Before being told she could have the refund after all on October 3, she said that for a ‘multibillion company like Apple to treat their consumers like this just comes across as really greedy.

‘They’re happy to take your money and essentially run off with it.

‘I’m in the last month of my pregnancy, a time I should be enjoying and instead I have a phone that barely works and am now forced to buy a new one, again, as well as now start legal proceedings against Apple.’

If speaking to press had not helped, she had been planning to file a case with the small claims court.

After Apple told her she could have a refund, she said: ‘They apologised for all the time I had spent going back and forth and for the fact that this hadn’t been resolved with a positive outcome much sooner.

‘They also understood how much stress it must have put me under to have to go to such lengths to get a positive outcome.’

But she said she is still concerned this could be a more widespread scam.

Next time, she won’t be ordering a phone online, and will ‘just go into store and buy it’.

DPD said: ‘DPD simply deliver the parcels that we are given by our customers, and we very rarely get reports of this type of incident.’

Have you experienced a similar scam? Get in touch by emailing us at [email protected].

Lionel Messi was ‘provocative, unpleasant and said things you couldn’t imagine could come from him’, Liverpool icon says