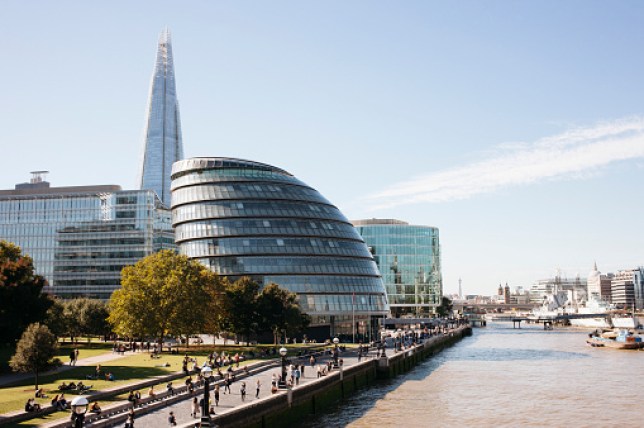 Londo’s City Hall, where London’s Mayor will be spending much of their time (Picture: Getty images)

The London Mayoral Elections are just around the corner, with the date for the vote set for May 6.

The people of London don’t have much time left to decide who they want to be Mayor for the next four years, from a record 20 candidates.

Sadiq Khan is the current Mayor of London and is running again.

But who is currently winning in the polls for the London 2021 mayoral election?

Who is leading the London mayoral election 2021 polls?

According to a recent poll conducted by ComRes for ITV London, Sadiq Khan leads on his Conservative opposition, Shaun Bailey, by 41% to 28% on first preference votes.

The Lib Dems candidate Luisa Porritt followed with 8%, and Sian Berry of the Green Party came 4th with 6%. 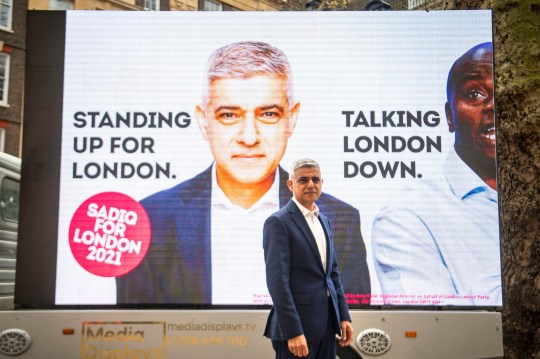 Sadiq Khan will be running for re-election as the Labour candidate for London mayor (Picture: Victoria Jones/PA Wire)

The online survey of more than 1,000 adult Londoners was carried out between April 13 and April 19.

Who is running for London Mayor 2021?

Overall, there are a 20 candidates standing in the election on May 6. 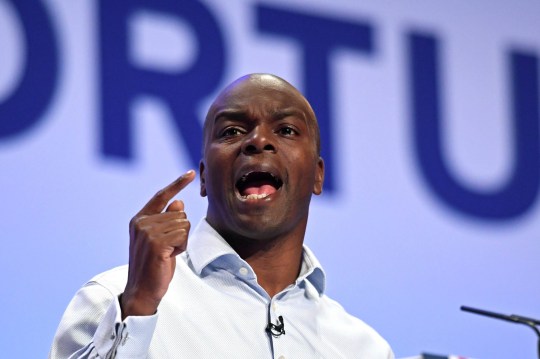 Below is the full list of candidates and the parties they represent as they will appear on the ballot when you go to vote:

To be eligible to vote in the London mayoral election 2021, you must live in London, be registered to vote, and be over the age of 18 by May 6.

You can vote at your nearest polling station either in person or by proxy.

While the deadline for postal voting and making changes to an existing proxy vote has passed, you can still apply for a new proxy vote until 5pm on April 27.

For more information on you you can vote, please visit the London Elects website.

MORE: Can the Queen or the rest of the Royal Family vote in elections?