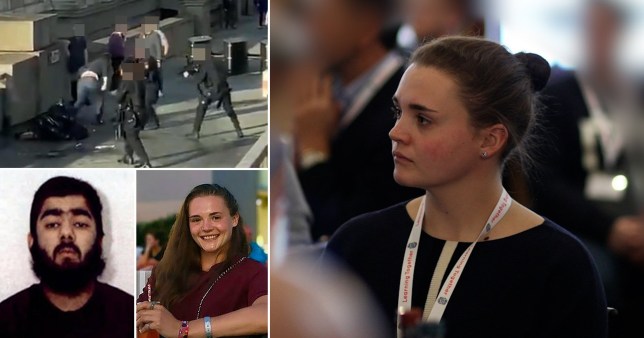 Saskia Jones was comforted after being stabbed by Usman Khan (left) (Picture: Getty/PA)

A young student killed by a terrorist was told that she was beautiful and loved as she lay dying near London Bridge, an inquest has heard.

Saskia Jones was comforted by Gareth Evans after being stabbed at Fishmongers’ Hall in 2019 along with a fellow Cambridge University graduate during a prisoner education conference.

Attendee Mr Evans emotionally told the hearing on Monday of how he tried to reassure fatally wounded Saskia, 23.

Explaining that he heard a developing commotion and was unsure what was happening on November 29, 2019, he said he then spotted an injured Saskia and rushed to help her.

‘I took hold of her, she sort of collapsed, I sat down on the steps and I was talking to her’, he explained.

Jonathan Hough QC, counsel to the inquiry, asked Mr Evans what he said.

Appearing to wipe his eye before answering, Mr Evans replied: ‘I was trying to make sure she felt comfortable and safe. 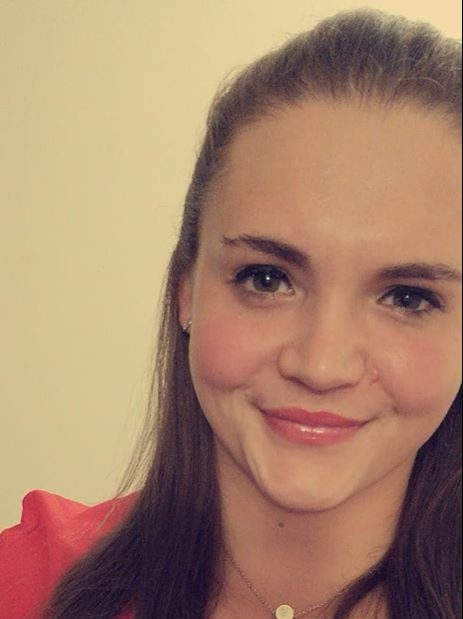 Saskia was told ‘she was loved and she was beautiful’, conference attendee Gareth Evans recalled (Picture: PA)

‘I said she was loved and she was beautiful and then everything else happened.’

He was pictured at a dinner table with Saskia on the day of the attack and in conversation with her.

Khan, 28, was armed with two knives and wore a fake suicide vest during the atrocity, and injured three others on his rampage.

But he was confronted by various bystanders, who used a narwhal tusk and a fire extinguisher among other objects to hold him off before police shot him dead. 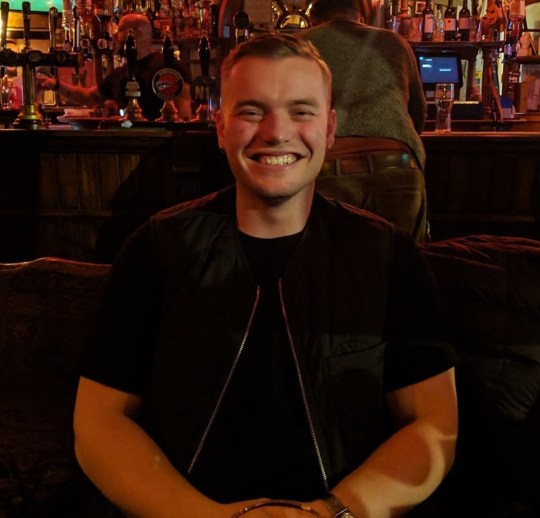 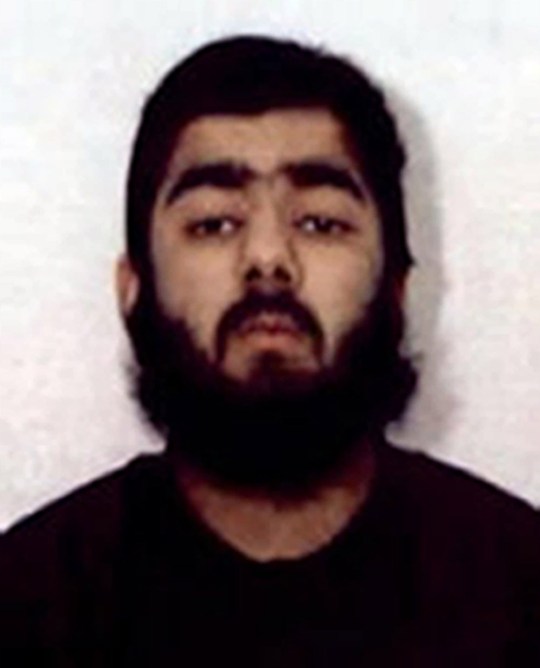 Usman Khan was attending a rehabilitation conference before launching his attack (Picture: PA)

Also giving evidence at Guildhall in the City of London was waitress Sandra Bufano, who had helped serve brunch at the event and was covering the cloakroom for a colleague when the attack began.

She said heard screaming coming from the nearby men’s toilet, where Khan stabbed Jack, before he emerged and locked eyes with her.

Ms Bufano explained: ‘He (Khan) was not doing anything, but just staring at me.’

Describing the look as ‘very intense’, Ms Bufano said Khan then stepped towards Saskia, who was about to leave belongings in the cloakroom, and stabbed her in the neck.

She continued: ‘He wasn’t rushing, he was completely calm and collected.’

Ms Bufano saw Khan’s arm move upwards, and then told the jury: ‘At that point she screamed, at that point I thought something really bad is happening here.’


Ms Bufano then saw Mr Merritt looking unsteady on his feet with blood dripping down his arm, ‘panicked’ and ran.

Another witness said he initially thought Khan was ‘play-fighting’ as he launched his bloody attack.

Marc Conway, a policy officer with the Prison Reform Trust, recalled coming face to face with the frenzied killer.

He said: ‘I thought people were messing about, then when I looked more closely I saw Usman Khan with his back to me and people moving out of his way, hitting him.

‘I turned to the side and I saw the knives in his hand.’

He added: ‘Before I realised it was serious I said to people “they’re messing about in there, we’ve been invited to this nice building and you’re playing up”.

‘Then I realised, and I said he’s got a knife, two big knives.’

Mr Conway said bystanders sought to hit Khan with various items, including a wooden chair, in a bid to stop him.

But he said: ‘(Khan) wasn’t reacting in a way I think someone hit with a chair would react.’

Mr Conway said he phoned 999 and saw Khan turn to face those in pursuit of him on London Bridge, appearing to cross the knives he was holding across his face as he did so.

Mr Conway, who knew Mr Merritt, then ran across the bridge to try to help wrestle the knives from Khan, before realising that he had what appeared to be an explosive belt strapped to him.

He said: ‘I just wanted to help. When someone said he’s got a bomb, and you realise that he’s got a belt round him, you felt like you was fighting for your life.

‘I stamped on his hands, I may have put a few kicks in.

‘One of the knives we managed to get rid of quite quickly, but the other was quite difficult to get off him.

‘After a couple of shouts of “bomb, bomb”, I heard what I thought was a Taser.

‘After a couple of seconds they (police) shot him twice.’