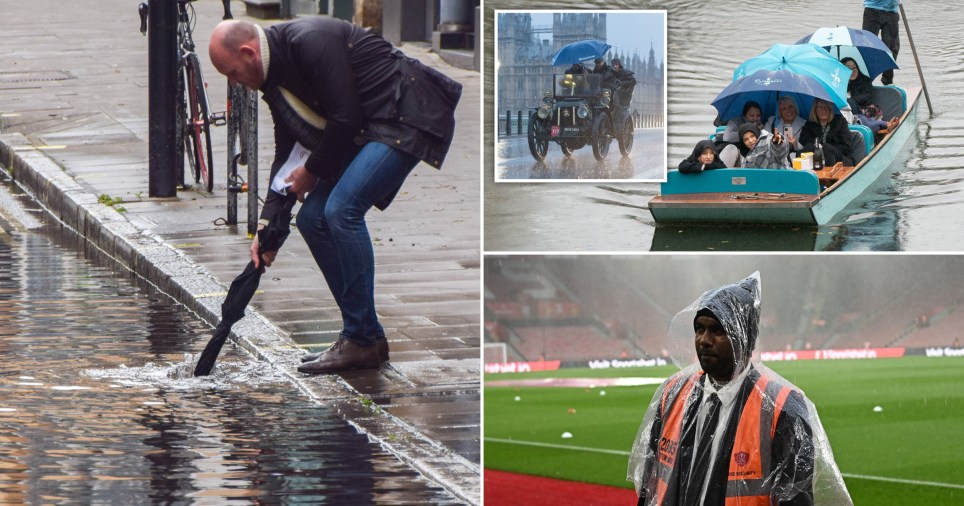 A yellow weather warning for heavy rain was in place for much of the south east of England (Picture: Getty/Reuters/PA/Rex)

Today was not a good day to go out for a stroll in the capital, unless you had galoshes and waterproof trousers.

The heavens opened and heavy rain pounded London, leaving roads like puddles and sending people sheltering into nearby shops.

A yellow weather warning was in place for much of the south east of England, with persistent rain that could lead to houses and businesses flooding and public transport being disrupted.

An area stretching from Chichester in West Sussex, to Canterbury in Kent saw the downpours, and although the warning has now been lifted, more rain is still to come this week.

Anyone hardy enough to be out and about risked putting their shoe into a sodden pothole – as did indeed happen to one man who was pictured in an umbrella and his foot up to his ankle in a muddy puddle on Putney High Street.

He had sensibly thought ahead to wear rubber boots, however – not your typical gear for wandering the streets of west London. 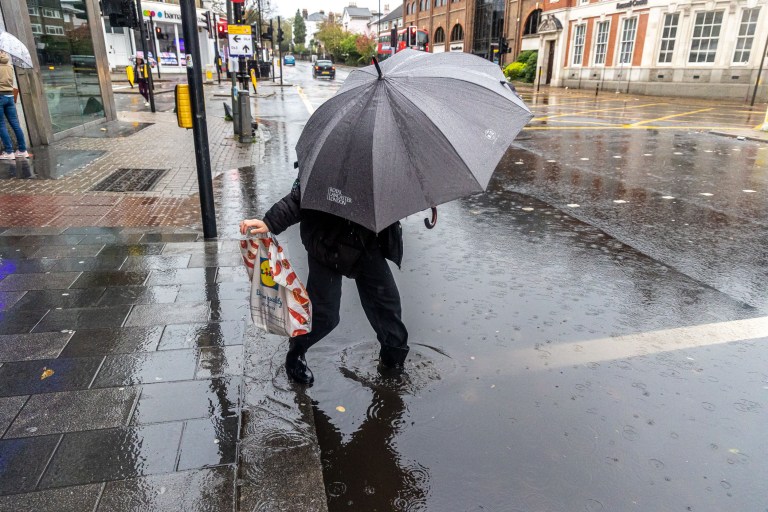 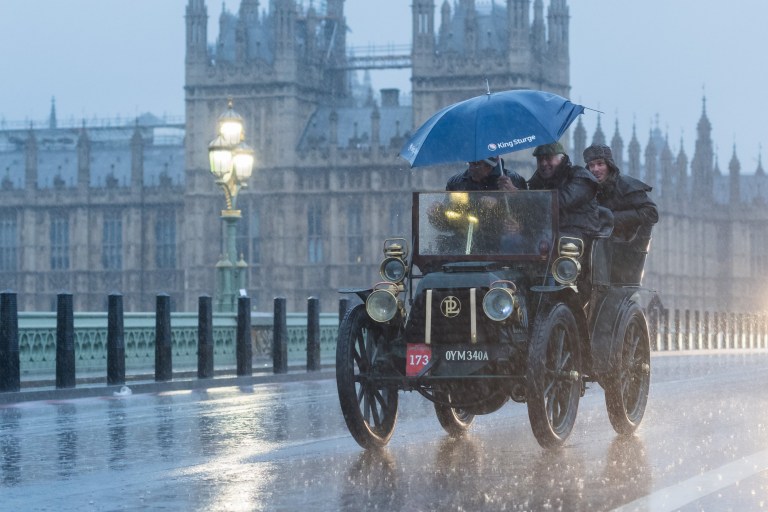 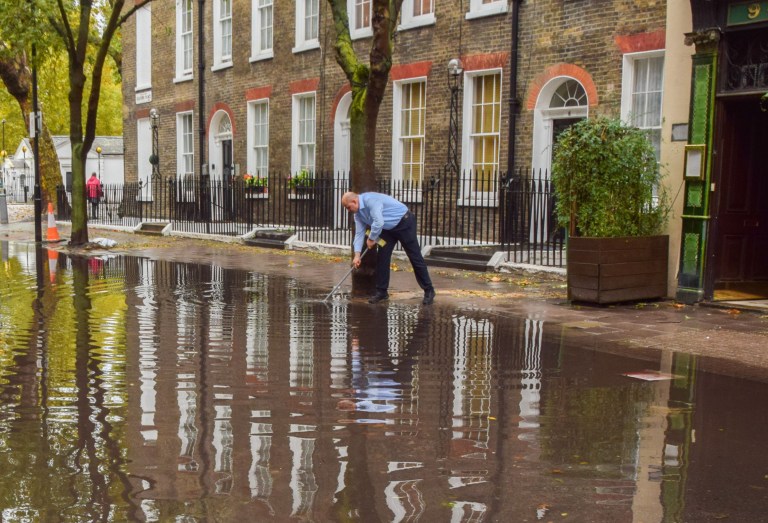 A man tries to unblock a drain in a flooded street in Bloomsbury, London (Picture: Rex) 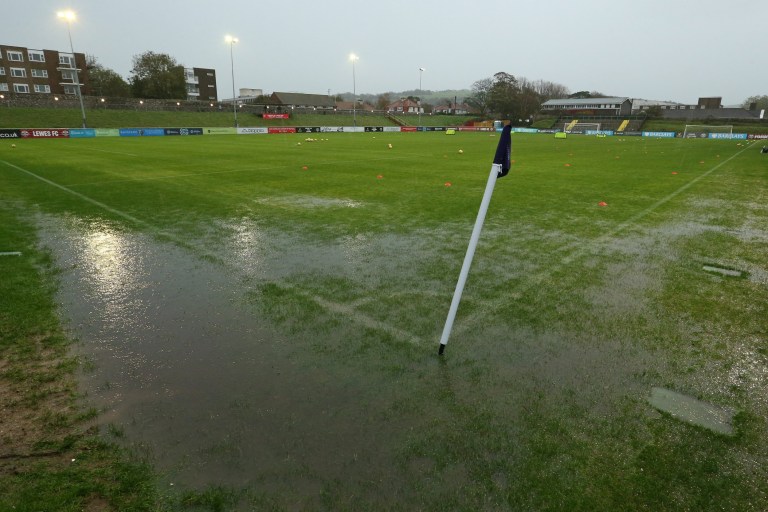 A Barclays FA Women’s Championship match between Lewes Women and Bristol City Women had to be postponed due to a waterlogged pitch in Lewes (Picture: FA/Getty) 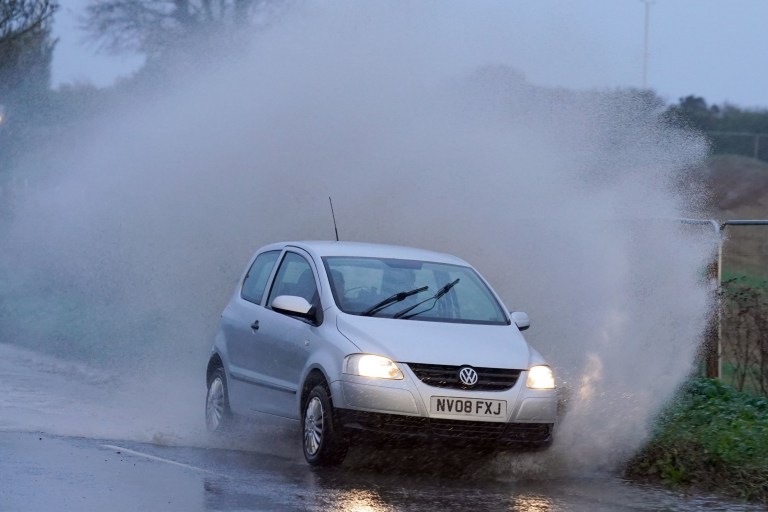 A car splashes through water in Manston, Kent (Picture: PA) 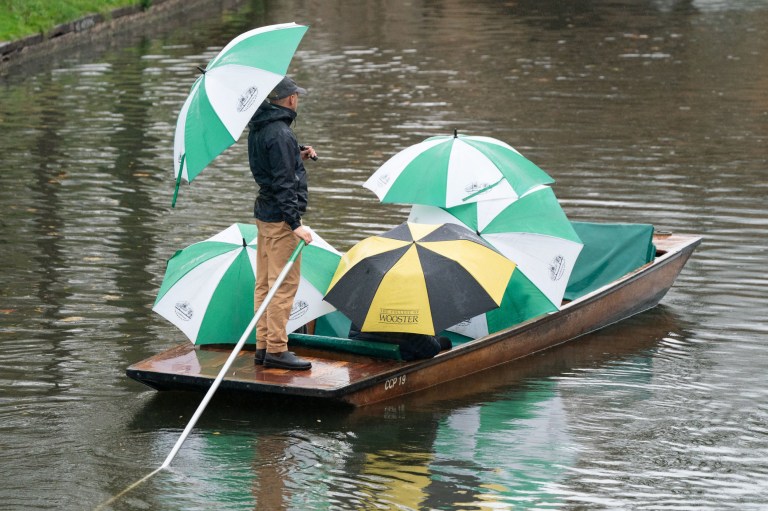 People shelter under umbrellas as they punt along the River Cam in Cambridge (Picture: PA) 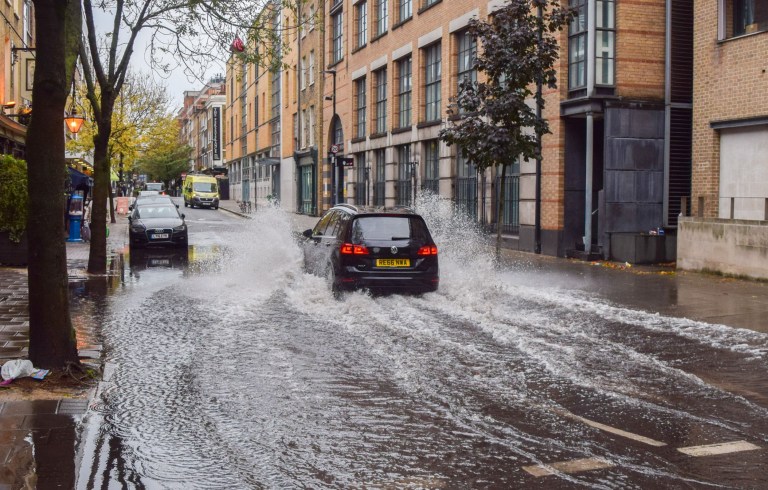 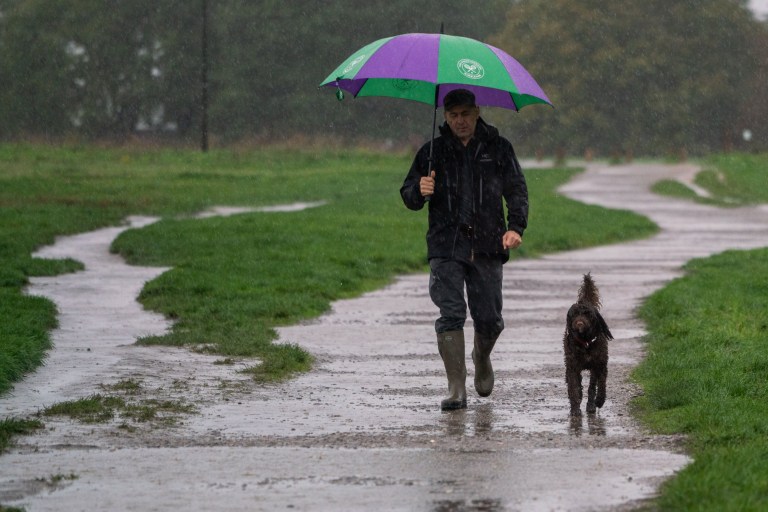 A man walking his dog on a waterlogged Wimbledon Common (Picture: Rex)

Areas of London have suffered flooding caused by the heavy rain, including Dagenham Heathway Tube Station having to temporarily close.

The Mayor of Hackney, Philip Glanville, posted on Twitter that the council had targeted areas such as the A10 to reduce the impact of flooding from the heavy rains seen overnight.

Adam Hartley, 50, a creative director at a PR agency, said he awoke to find flooding outside his door in Haringey.

He called for more to be done to resolve London’s ‘unfit-for-purpose sewage and drainage systems’.

‘The problem is that I live at the bottom of two steep hills in Muswell Hill,’ he said.

‘So every time it rains the leaves and dirt flush down the hill and block the drains on our road.

‘I’m lucky, in that I’m (reasonably) young, healthy and capable enough to put on some wellies and wade through the remnants of the flood.’

Clear spells will start to develop in the east which will allow for some mist and fog patches to form into Monday ð pic.twitter.com/FvcLCsRUrY

Plumpton, near Lewes, East Sussex, received 39mm of rain in 24 hours from yesterday – more than a third of the average monthly rainfall for the area, a Met Office spokesman said.

There’s more wet weather ahead, though not quite as bad as we’ve seen.

Tomorrow is forecast to be cloudy with spells of rain mainly in the west, where it will become ‘very windy’ later while remaining brighter in the east.

Heavy, squally rain is predicted to return overnight into Tuesday, making way for sunny spells and showers which ease on Wednesday, with more rain expected in north-western areas on Thursday when it is expected to be windy but mild.

So make sure you pack an umbrella or a waterproof poncho if you’re venturing out.