Locked down Shanghai residents turn to WeChat groups for food

WeChat has become an essential survival tool for the residents of Shanghai. (Credits: Getty)

The Chinese government has struggled to evenly distribute essentials to its 26 million confined residents.

In response to the social media pleas for food and medicines, people have taken matters into their own hands with residents acting as intermediaries and sourcing essential supplies for their communities.

‘On the building’s WeChat group, someone would share a post saying “Hey, we are trying to put together a package with these items, add your name to the list if you’re interested.”,’ said Chaniece Brackeen, an American resident in Shanghai.

‘And when they get enough people, we pay and then wait a few days for the supplies to be delivered,’ she explained to Metro.co.uk. 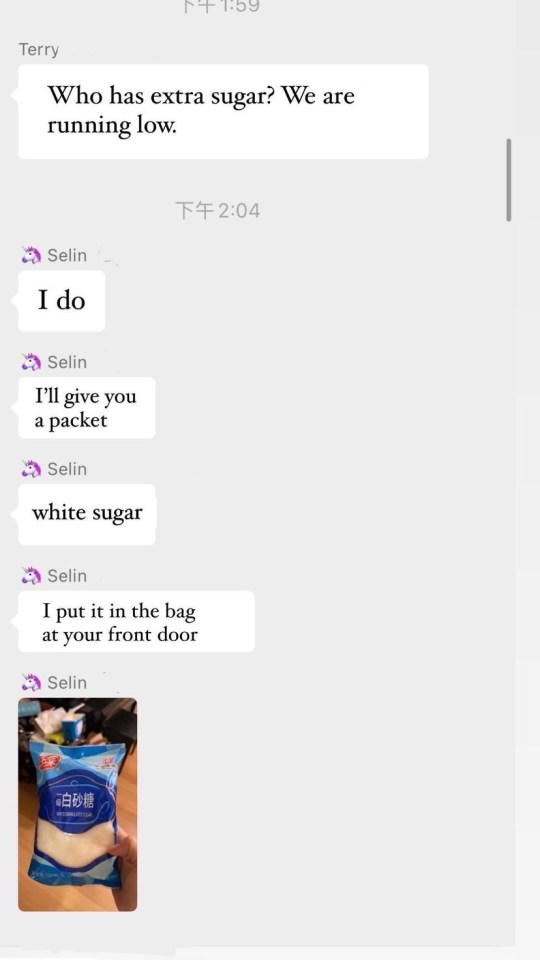 Each building had community group on WeChat where residents got together to organise food and other essentials. (Picture: Chaniece Brackeen)

‘On my side of the city [Puxi], we got a little luckier, we had four days. But after what happened in Pudong, I knew that it was going to be really hard to get vegetables,’ said Brackeen.

The city’s delivery apps, struggled to handle the load of too many people ordering at the same time. 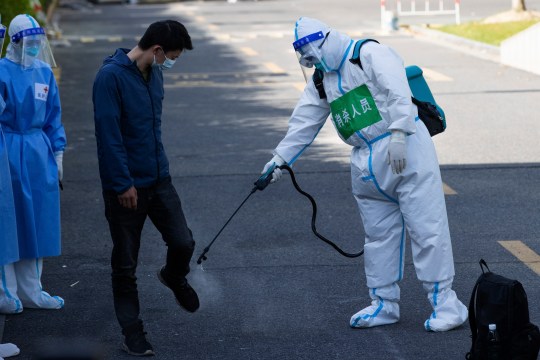 A patient who has recovered from Covid-19, is disinfected as he leaves a makeshift hospital. (Jin Liwang/Xinhua via AP) (Credits: AP)

‘We were having to order at specific times where we’d get up super early to order or super late trying to navigate when you could order,’ said Brackeen.

But once things locked down on the other half of Shanghai, a lack of delivery drivers made it harder to come by supplies.

Chinese delivery apps like DingDong and Meituan, reportedly kept crashing with too many people trying to order at the same time.

‘You keep clicking the button to go to the next page and it would crash,’ said Brackeen.

In the dire circumstances, people started acting as go-betweens for their communities by linking up with grocery stores or farms as the only way to get a lot of supplies was by bulk ordering them.

Each building had community group on WeChat where residents got together to organise food and other essentials.

‘It’s mostly food. I’ve seen a lot of emphasis on milk for kids and people saying “We don’t have milk”,’ said Brackeen.

People also started building spreadsheets for emergency services, neighbourhood phone numbers and information on food delivery apps. For example, there’s one for people who need help with their pets.

For many of the members of these WeChat groups, it’s the first time they’ve interacted with their neighbours.

‘We’ve communicated with a lot of people that I don’t think I know what they look like even though we live in the same compound,’ said Brackeen. ‘Most people, I know them as their name plus their building numbers,’

‘But if someone says, “I need rice” or “Does anyone have sugar?”, someone will help,’ she said. 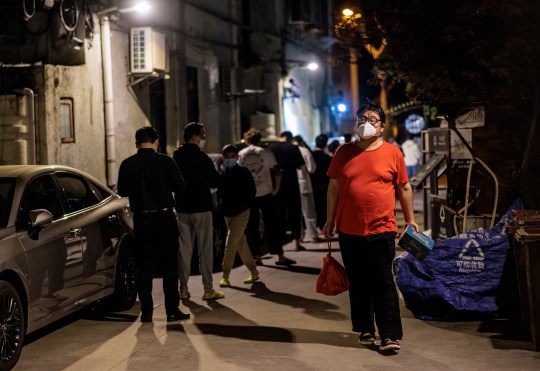 Shanghai authorities will reportedly start easing lockdown in some areas on Monday, despite recording more than 25,000 new Covid-19 cases.

However, this will only be for neighbourhoods where there have been no positive cases for at least two weeks, making it a long shot at freedom.

Until then, the WeChat groups are running strong.