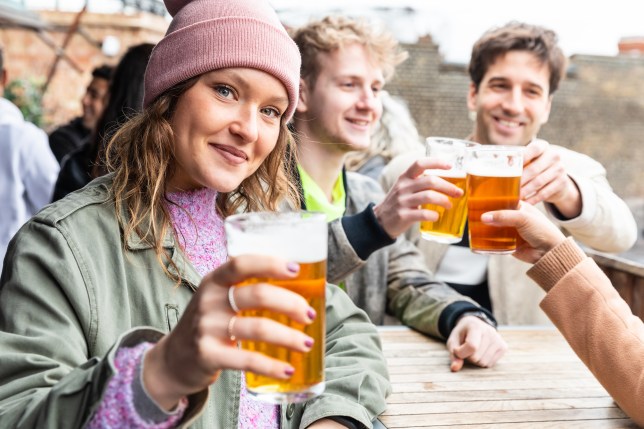 When will we be able to go to the pub with our friends again? (Picture: Getty)

Pubs, restaurants, and other hospitality venues have had to close their doors once again as the UK continues to battle the coronavirus pandemic.

The ongoing lockdown has cost the industry dearly, with 20 per cent of licensed premises facing closures – equivalent to 55,000 pubs.

With coronavirus cases on the decline, and one in three adults having already received a Covid-19 vaccine, many are wondering when their favourite boozer or local Italian will be able to reopen.

When will pubs and restaurants open in England?

The government has stressed that ‘data not dates’ will lead the decision to reopen pubs, restaurants and non-essential shops.

According to the Daily Mail, pubs, bars and restaurants will have to wait until early May to begin serving customers, with a maximum of two households allowed to sit together indoors and the rule of six applying outside. 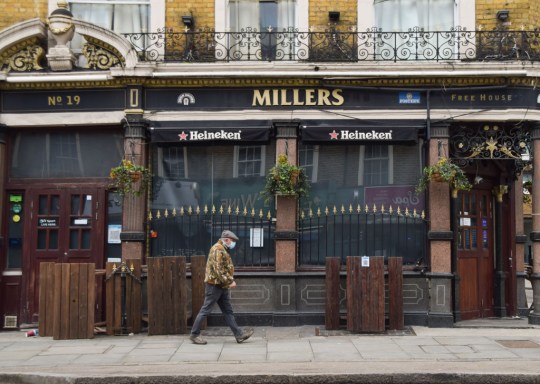 Pubs have been closed since December (Picture: Vuk Valcic/SOPA Images/LightRocket via Getty Images)

Prime Minister Boris Johnson has previously said there will be a ‘gradual and phased’ approach to lifting restrictions, with reports suggesting that the tier system may be scrapped to ease everyone out of lockdown at the same time.

More clarity is expected on the relaxation of lockdown rules when Boris Johnson unveils his roadmap out of lockdown on February 22.

When will pubs and restaurants open in Scotland?

No specific date has been confirmed for when the hospitality sector can start reopening.

Nicola Sturgeon previously said that pubs and restaurants will not reopen ‘imminently’, so there may still be a long way to go.

Speaking on February 15, Sturgeon said: ‘Right now the decisions we’re focused on are trying to get children back to school.

‘We are not imminently about to signal the reopening of pubs and restaurants. Obviously, we want everything back to normal as quickly as possible but I’m not going to raise people’s expectations that that is coming in the immediate time-frame.’

More details on Scotland’s lockdown exit plan are expected to be revealed on February 23.

When will pubs and restaurants open in Wales?

The Welsh government has not yet announced when pubs will reopen – but they will likely stay closed for at least six more weeks.

When asked by reporters about what the hospitality industry could expect during the briefing on Friday, First Minister Mark Drakeford warned that the re-opening of pubs and restaurants would not be included in the next two three-week reviews, which will be on March 12 and April 2. 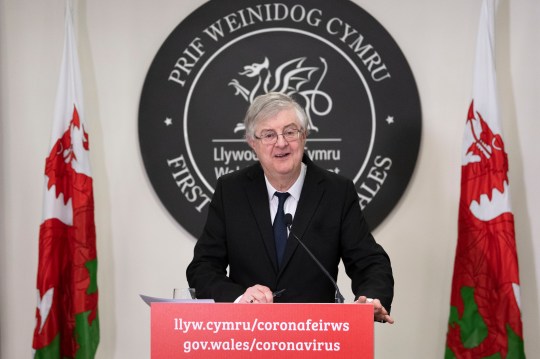 He said: ‘When I met with the tourism industry taskforce on Thursday, there were a number of representatives of the hospitality trade. I explained to them that they are not likely to see a re-opening at either of the next two three-week reviews.

“A lot will happen in that six weeks and we will learn a great deal about the impact on the circulation on the virus of re-opening schools and any other measures. Providing things continue to improve, then hospitality will come on to the agenda of things we will be able to consider next.’

When will pubs and restaurants open in Northern Ireland?

First Minister Arlene Foster has not yet indicated as to when restaurants and pubs will open following the latest lockdown extension.

Colin Neill, Chief Executive of Hospitality Ulster, said he does not believe the hospitality sector will be allowed to reopen on March 5, which is when the lockdown is due to end. 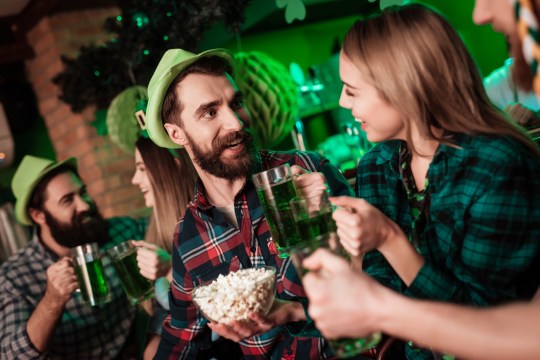 Northern Irish citizens will be hoping that pubs can reopen in time for St Patrick’s Day (Picture: Getty)

He told BelfastLive: ‘The general feeling is our industry will probably not reopen on March 5, [that is] what we pick up through intelligence and general discussions.

‘We want to be open as quickly as possible but we would far rather if we have to delay for two or three weeks and then can reopen sustainably with less restrictions and to make us viable, that would be preferential because we can not do the open and close again or indeed open with so many restrictions that you can’t survive.

‘The dialogue has always went, here’s what can open and here are your rules, we need to turn that on its head and say, here are the regulations, here are the rules, now who can open under that and be sustainable and who can’t and needs help.

‘It is akin to the lifeboat brings you to a mile offshore and then chucks you in the water without asking if you can swim or not. We do need to change that dialogue and that can only be done if we have set up a proper working process to go with that.’