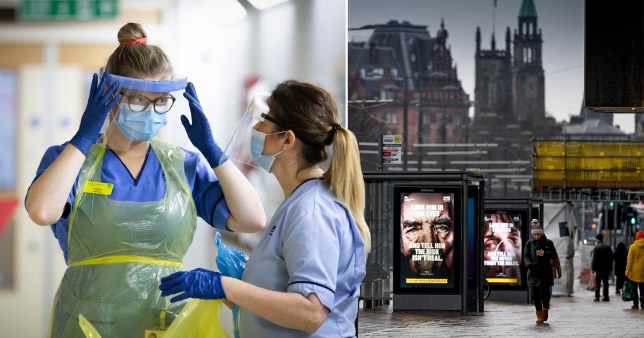 Nicola Sturgeon said the country could see some ‘gradual easing’ from the start of March (Picture: PA / Getty Images)

Schools in Scotland are set to partially reopen after the February half-term, despite lockdown being extended across the country.

Speaking in Holyrood on Tuesday, the first minister said progress had been made in the fight against the coronavirus but ‘continued caution’ was needed.

Nicola Sturgeon also said the country could see some ‘gradual easing’ from the start of March.

She told MSPs: ‘If our progress continues, then I am cautiously optimistic that, as more and more people get vaccinated and with the protection of some of the additional measures that I will cover shortly, we may be able to begin looking towards a careful and gradual easing around the start of March.’

Ms Sturgeon added subject to confirmation on February 16, all children under school age in early learning and childcare will return from February 22.

Pupils in Primary 1 to Primary 3 will also be allowed back into school, as will those in the senior phase of secondary school.

But she said older pupils will only be able to go in if practical work is important to achieving qualifications – and only between 5% and 8% of any school population will be able to return.

An update on this potential easing will be given in two weeks.

‘In the seven days up to January 29 it averaged 6.6% – still higher, but closer than it has been in recent weeks, to the 5% that the WHO consider to be indicative of an outbreak being under control.

‘Pressure on our NHS continues to be severe. The number of Covid patients being treated in hospital remains around 30% above the high point of the first wave last April.’

But she said hospital admissions in this wave in Scotland appear to have peaked on January 12, and are starting to slowly reduce. 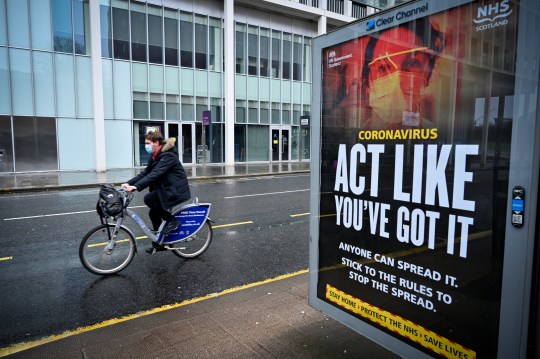 Full lockdown will continue in Scotland until at least the end of February (Picture: Getty Images)

The first minister also announced a system of ‘managed quarantine’ for anyone arriving directly in Scotland.

This means anyone who travels into the country, no matter where from, will have to self-isolate in a hotel. This goes further than measures elsewhere in the UK at the moment.

‘The firm view of the Scottish Government is that in order to minimise the risk of new strains coming into the country, managed quarantine must be much more comprehensive,’ Ms Sturgeon said.

‘I can therefore confirm today that we intend to introduce a managed quarantine requirement for anyone who arrives directly into Scotland, regardless of which country they have come from.’

She said she could not ‘unilaterally’ impose such restrictions on people landing elsewhere in the UK and travelling to Scotland.

But she added she hoped the other administrations would work with the Scottish Government to prevent people from doing so.

LeBron James Speaks Out After ‘Courtside Karen’ Ejected for Heckling